China and France impress in Prague 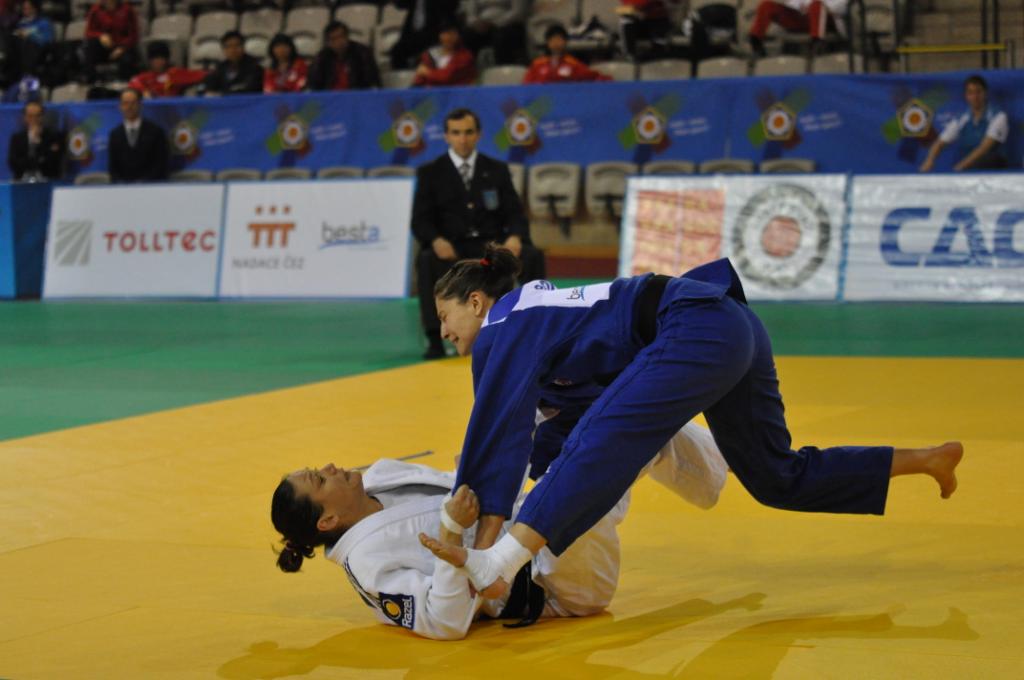 Marie Pasquet has won a second gold medal for France this weekend at the women’s World Cup Prague. The Chinese women however were the most convincing country with thee titles in total.

Today Qin Qian, the Chinese runner-up of the World Championships won in Prague. In the final she was too strong for French finalist Ketty Mathe. Qian had won five matches today. In the semi final she defeated Maria Atheman from Brazil who won the bronze together with another Chinese; Song Yu.

Mongolian Lkhamdegd Purevjargal continued her success story in Europe. Last week she won the Grand Prix of Düsseldorf, today she defeated Hiromi Ikeda (JPN) in the battle for gold U78kg.
German Luise Malzahn was the only European on stage with her bronze medal. Last week in Düsseldorf she finished fifth. Amy Cotton (CAN) won bronze as well. Two weeks ago she won a silver medal in Oberwart.
Despite some great judo Belgian Catherine Jacques couldn’t finish her fight for bronze due to an injury in her semi final against Purevjargal.
It was one of the most interesting categories for the home crowd with Alena Eiglova (CZE) on the tatami. She was able to defeat Olympic champion Xiuli Yang (CHN) by waza-ari and yuko in the very first match of the day. A great warm up but Eiglova couldn’t repeat this performance against other opponents.

Three years after her first World Cup victory in Moscow Marie Pasquet won her second. Despite her 17th medal at a World Cup it was only her second victory. In the division U70kg she defeated Katarzyna Klys with a beautiful sasae-tsuri-komi-ashi, adding her fifth victory in a row.
Pasquet is France’s alternative for Lucie Decosse together with Mylene Riad and with her win in Prague she a lot closer to qualification for the European Championships in Istanbul.
Natalia Smal (UKR) won the second bronze for Ukraine. Fei Chen contributed to the seven medals for the Chinese team.

The Chinese ambassador in the Czech Republic attended attended the tournament so the victory of Qin was celebrated by the Chinese fans.

Comments of Coach Liu Zhen after the matchday: “I am very much satisfied by our performance here. The tournament was very hard for our girls because last week they fought in Düsseldorf. I am very happy and proud that Qin won in front of His Excellency. Ketty Mathe (FRA) was a very tough opponent for her.”