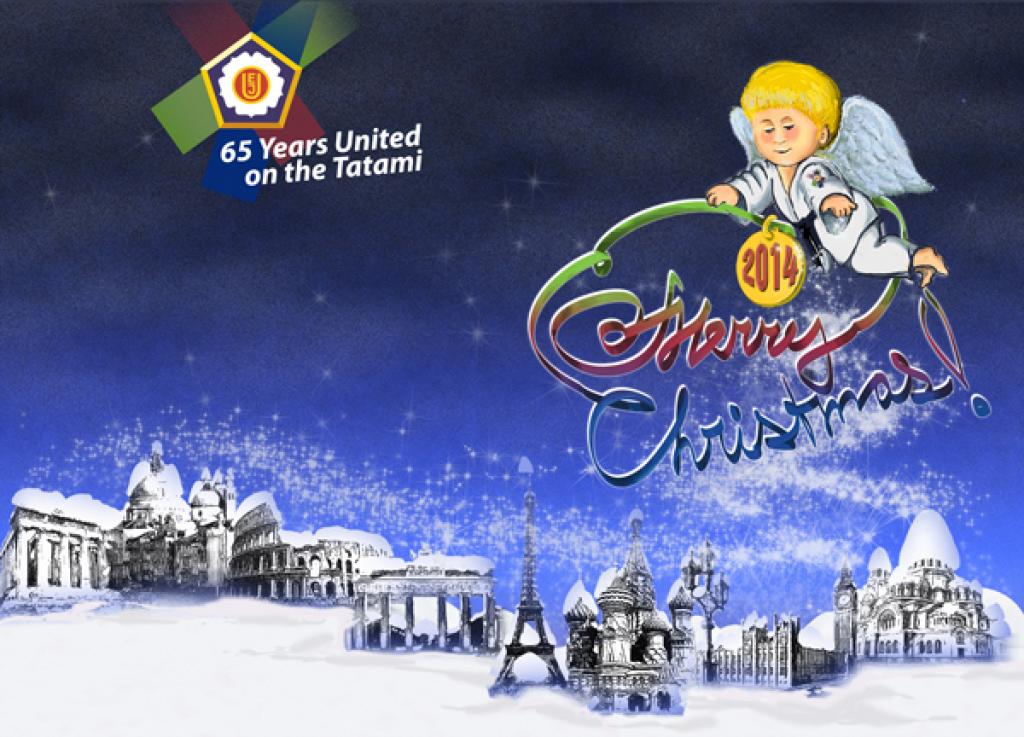 Dear Friends and Members of the Judo Family! The Christmas and New Year holidays season gives us the opportunity to pause and reflect on the important things around us – it is a time when we can look back on the year that has passed and prepare for the year ahead.

2013 has been an Anniversary Year for the European Judo Union and the majority of its member federations. Since its foundation in 1948, the EJU keeps evolving the major objectives set 65 years ago, and judo helps us to build and support the idea of a united Family. Being part of the International Judo Federation, we continue to pave the way for further development to ‘link together the Judo movements’ worldwide. 2013 has also been a successful year for the European continent – we cheered our athletes with their success on the European Championships and World Championships in Rio, increasing the number of medals and strengthening the world ranking positions. And I would like to thank everyone for your successful and truthful collaboration this year. The EJU has always corroborated its motto “Judo – more than sport”, and in 2013 the EJU has launched several new projects contributing to it, – “Improve Your Club”, “Judo At School”, “Judo Movie Hero”; a new Internet platform www.judoka.com is being developed. I would like to thank those of you who has already participated in these programmes and to encourage the others to join and benefit a lot from our new projects. The forthcoming 2014 year will mark a half a century anniversary of judo as an Olympic sport: since the 1964 Games in Tokyo, European judoka have won 59 Olympic titles, and I am sure the European continent will continue to produce some of judo’s eminent names. The Olympic qualification for Rio 2016 starts in May 2014, and I would like to wish our judoka a successful year with no injuries on their way to the new Olympic success. I am looking forward to seeing you at our EJU events of a new saturated calendar 2014. Wishing all the members of the EJU Family a joyful and peaceful Christmas and a very happy New Year! Sincerely, Sergey Soloveychik President European Judo Union