CLASH OF GENERATIONS IN THE MENS CATEGORY MAKES PREDICTION IMPOSSIBLE 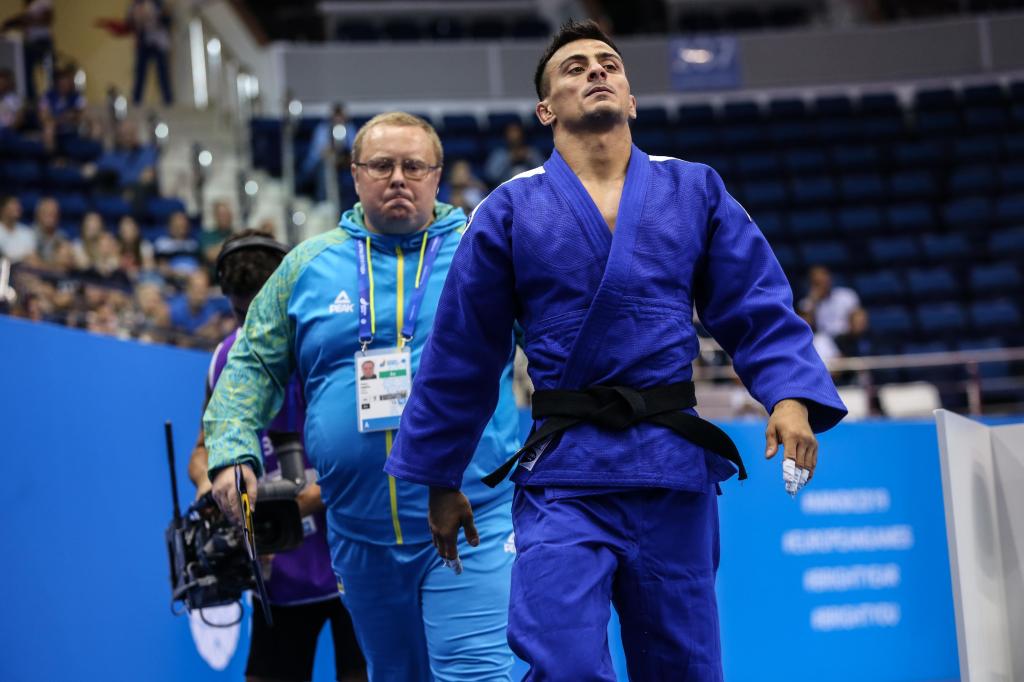 The second day of individual competition will be a real showstopper for the home crowd, the #2 and #3 seeds in both the -52kg and -66kg categories looking to either defend their World titles or be the next hero of Japan. For the first time in history, brother and sister became World Champions in Baku last year, undoubtedly ABE Hifume and Uta will be set on a repeat performance but have tough competition from team mates MARUYAMA Joshiro and SHISHIME Ai.  However it won’t be a walk in the Yoyogi Park for the home favourites as they face the best in the world.

In the -52kg category, World number one and Baku Grand Slam gold medallist, Amandine BUCHARD (FRA) has made a terrific comeback since her ill-timed injury in the World Championships last year. BUCHARD came back in to the bronze medal contest after a disastrous semi-final not only took her out of the final but put a lot of pressure on the French athlete in her bid for bronze. With great determination she managed to pull it off, battling through and securing an impressive and emotional win. Now she is back fighting fit there is a potential for a rematch against ABE in the final.

Missing from the line-up last year was Olympic and former two-time World Champion, Majlinda KELMENDI of Kosovo, but has made a classic Champions comeback, taking a Grand Prix, Grand Slam and European Championship gold in 2019 and will be preparing to take on the likes of Natalie KUZIUTINA (RUS), Odette GUIFFRIDA (ITA) and Charline VAN SNICK (BEL) to make it a third gold.

Though we are excited by the seeded talent, coming up in the ranks and in fact sitting at #12 in the WRL is Gefen PRIMO (ISR). The now 19 year-old took a bronze medal at home in the 2018 European Championships, wowing a home crowd and showing great promise as she was transitioning from juniors on to the senior circuit. Since then she has well and truly arrived, taking her first IJF Tour gold just last month in the Montreal Grand Prix and will be one to watch in Tokyo.

The Georgian took an important win in the European Games in Minsk this year against Denis VIERU (MDA) to ensure his place on the podium, however VIERU had dominated their final of the Paris Grand Slam in February, so this could be an interesting match up. The Moldovan has more than earned his high seeding, the 23 year-old claimed two Grand Slam gold medals as well as a gold Grand Prix medal this year alone.

Despite the great hopes for VIERU, he was defeated tremendously in the Zagreb Grand Prix last month by Alberto GAITERO MARTIN (ESP). The U23 European Champion of Spain has a collection of Grand Prix medals but his preparation for the World Championships has clearly paid off as he claimed the gold with a beautiful ippon seoi nage, to see how all of the younger athletes match up to the more experienced on the tour will potentially pose some issues.

Talking of ‘young blood’, the EJU Junior Player of the Year, Manuel LOMBARDO (ITA) will be making his senior World Championships debut this year following not only a successful junior career including a European and World gold in 2018 but stepping on to the senior circuit with conviction and snatching the gold in the Tel Aviv Grand Prix.

Georgii ZANTARAIA (UKR) took his World Champion title in Rotterdam a whole decade ago, the first of six World Championship medals for the enthralling judoka. The Ukrainian representative may be 31 years-old and one of the eldest in the weight category but he has proven time and time again that his judo keeps him at the top, impressively taking his third continental title in Minsk this year. ZANTARAIA will have his sights set on his third Olympic Games in Tokyo and despite his enviable collection, has missed out on adding the Games medal to his haul. With this ultimately being the end goal, what better place to prepare than the Nippon Budokan?

With so many unseeded contenders it is anyones guess who will take the medals for Europe but with such a wealth of talent, it would be hard to imagine that we won’t be celebrating on day two of the World Championships 2019.