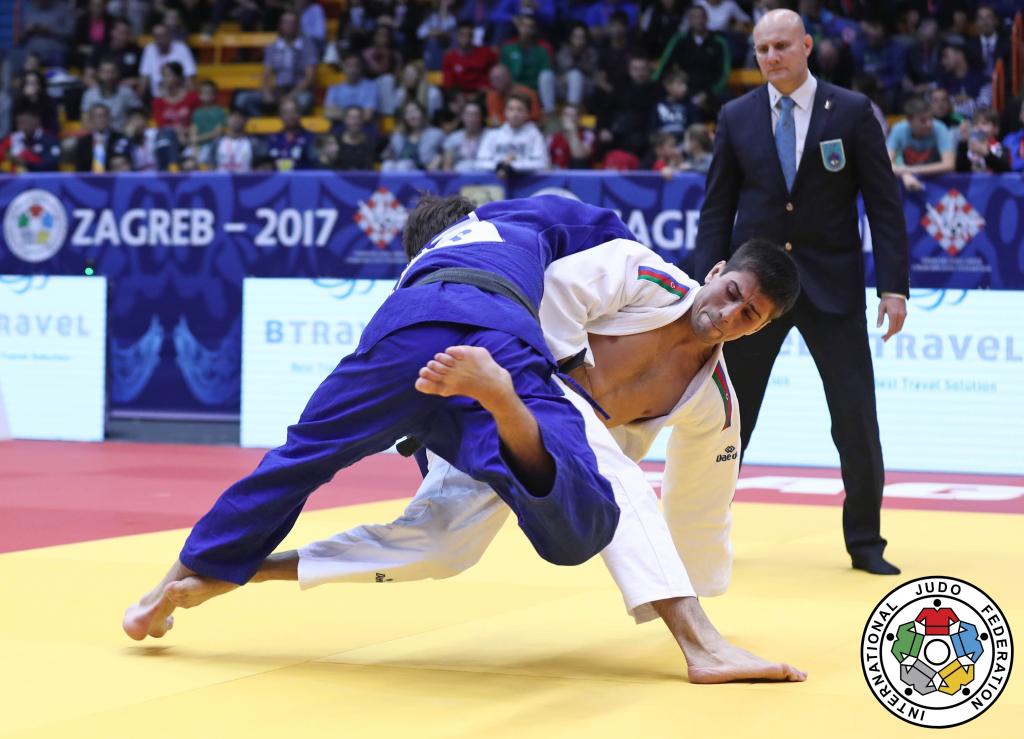 World ranked number two Rustam ORUJOV (AZE) showed all the poise and stature befitting his lofty status as he took gold in the -73kg category on day two of competition at the Zagreb Grand Prix. Orujov in his five contests faced an interesting mix of styles and a variety of problems, all of which he overcame with ippon. Apart that is from his quarter final against TAKEUCHI Nobuyasu (JPN). The 23-year old Japanese was the only fighter to score on Orujov but was not able to stave off the Azeri whose tempo, superior gripping and attacking prowess saw Takeuchi commit three errors to gift the contest to Orujov. En route to the final Orujov defeated first in the preliminaries Stejpo ROKO (CRO), Andrea GISMONDO (ITA) and In the semi final Eduardo BARBOSA (BRA). In the final Orujov faced number two seed Tommy MACIAS (SWE) whom he threw for ippon with left uchi mata to take the gold medal. When asked about his performance Orujov said, “After the world championships I was eager to taste success and a gold medal. Of course I know [Tommy] Macias very well as we have fought four times previously and he beat me the last time. But I was better prepared for him on this occasion. Also, I had not taken any rest since the world championships and I felt in really good condition.” There was a bronze medal too in the -73kg category for Uali KURSHEV (RUS). In the -81kg category UNGVARI Attila (HUN) won the gold medal whilst Jonathan ALLARDON (FRA) took the silver medal. There was a bronze medal for Antonio ESPOSITO (ITA). In the -63kg category Mia HERMANSSON (SWE) and Lucy RENSHALL (GBR) took bronze medals. In the -70kg category Fanny Estelle POSVITE (FRA) took the silver medal losing to Barbara TIMO (BRA) whilst Anna BERNHOLM (SWE) and Michaela POLLERES (AUT) took bronze medals.