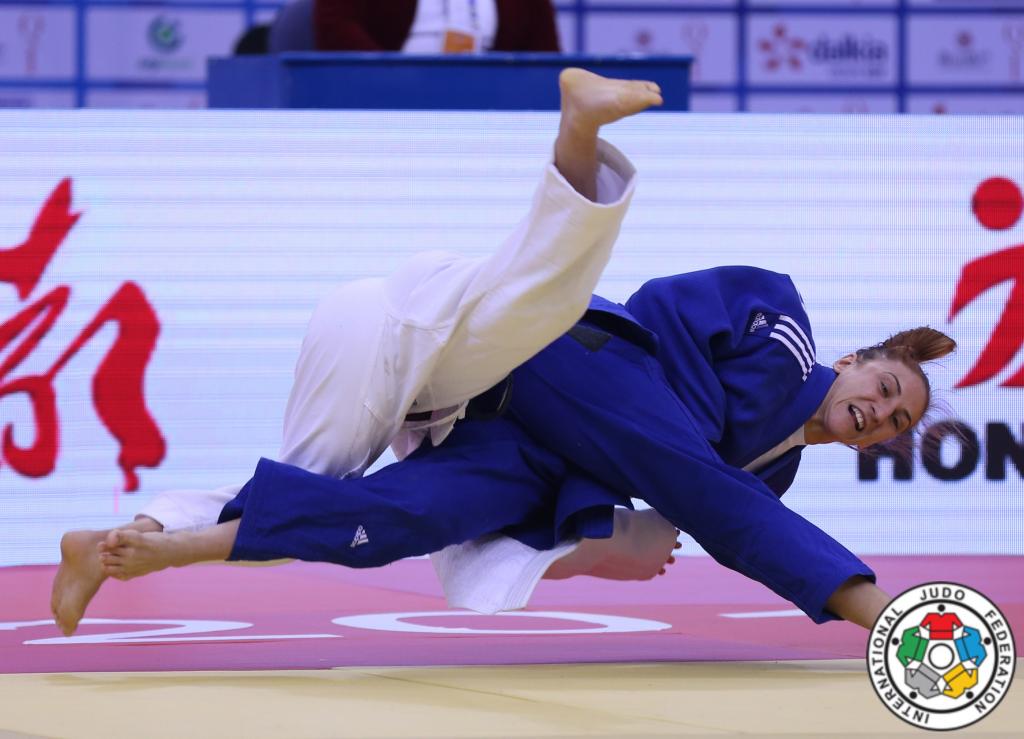 European judoka enjoyed a perfect start to the Qingdao Grand Prix taking all five of the gold medals on offer. Monica Ungureanu ROM threw Argentina’s Paula Pareto for ippon in the final of the -48kg category to get things going. Vincent Limare FRA confounded all the odds by taking gold in the -60kg category. The Frenchman had one piece of luck when world champion Ganbat Boldbaatar withdrew prior to the start of the competition, leaving Limare with a free run at the later rounds. Robert Mshvidobadze RUS could well have been expected to halt Limare’s progress. But the Russian fell short in the semi final and Limare took his place in the final. Hovhannes Davtyan ARM was last to fall to Limare who, with two good scores, was a well-deserved winner. In the -52kg Natalia Kuziutina RUS took gold in what, with six of the world’s top 20 attending, was arguably the toughest category of the day. Unfortunately she was not called on in the final as her opponent, Japan’s Nishida Yuka, had sustained an elbow injury in her semi final and was unable to compete. Nishida, in her first return since surgery to the same elbow, is unlikely to be fit for the Grand Slam in Tokyo in two weeks time. Kuziutina, however, is fully fit and in fine form for the final IJF event of the year. In the -66kg category Russia’s Yakub Shamilov showed that he has the ability to be more than competitive at this level despite having six other Russians ahead of him on the IJF world ranking list. He defeated three of the top four seeds here on his way to the gold medal. Meanwhile in the -57kg category Miryam Roper GER confirmed her status as number one seed with a relatively untroubled win defeating Liu Yang CHN by yuko in the final.