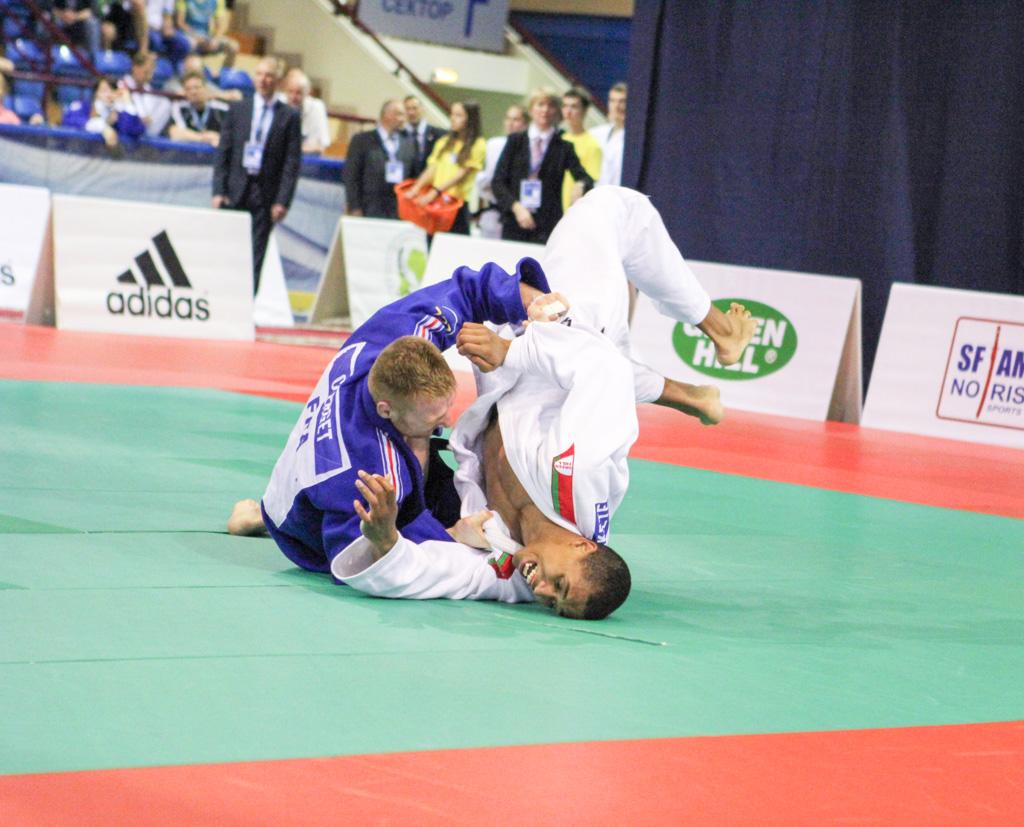 Frenchman Axel CLERGET arrived in Minsk, Belarus with the express aim of stepping up a level and adding an EJOpen title to his two European Cup gold medals won previously in the -90kg category in Sarajevo and in Orenburg.

Despite the fact that he didn’t feel well this morning he still managed to come out on top. CLERGET concluded: “It was really hot in the venue, and I don’t like to fight under these conditions, so I felt tired.”

He started his competition with a three yuko win against the Belarussian Daniel MUKETE. Following that, he defeated Ovidijus VARNAS with another yuko. In the quarter-final, he was up against Ukrainian Quedjau NHABALI whom he defeated by ippon. “Today was the first time I fought with most of my opponents. The problem is that I didn’t have any information about them. This made it really difficult because I didn’t know how they would move, how they would react. I tried to concentrate and focused on my judo, and it worked”, CLERGET said happily. After beating NHABALI, the number one seed, CLERGET was up against the Belarussian Ihar ZHUKAU whom he has had overcome on two previous occasions. Last time it was at the European Judo Cup in Orenburg. “This time it was much harder, because he was fighting at home. I have fought in front of my home crowd before and in such cases one is much more stronger because you are motived so much to fight in front of your friends and family. However, I was able to beat him with my favourite technique in ne-waza.”

In the final the French fighter had to deal with Andrew BURNS from Great Britain. “I tried a new technique and I am happy that it worked. It was the first time I’d tried it in competition”, he explained. The French fighter attacked with o soto gari and continued with the seoi nage. “I am really happy to throw in that style”, he added.

CLERGET’S big aims, the world championships and the Olympics, are on his list and still to come. Despite the fact that is not an easy route, CLERGET remains optimistic. “I know that there are some French fighters above me, but I will try to get as far as I can”, CLERGET signalled.