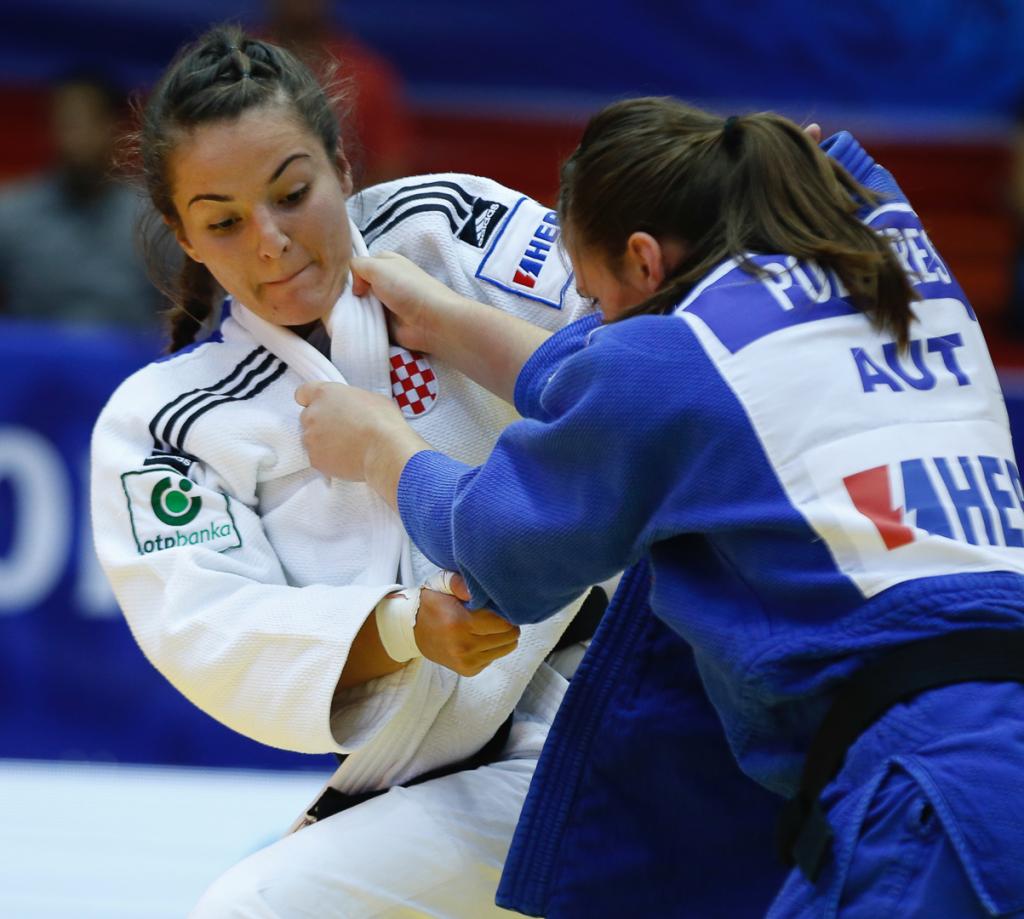 Despite being hampered by a knee injury, number two seed Barbara MATIC (CRO) held on to take gold in the -70kg category on day two of the Zagreb Grand Prix. After a first round bye Matic faced Michaela POLLERES (AUT). Not since the junior European championships in 2014 had the pair faced each other, Matic winning on that occasion and it was again today who emerged as winner.

Next up was Anna BERNHOLM (SWE) who had only recently moved up from competing in the -63kg category. Matic began strongly and confidently, attacking with a big right-sided harai goshi that almost scored. It was with left uchi mata that Matic eventually brought waza ari that proved to be the winning score. In the final it was number one seed Katarzyna KLYS (POL) who stood in the way of a Croatian home win. But try as hard as the Polish fighter could, she was unable to wrest the initiative away from Matic whose timely attacks kept Klys at bay. A single shido collected by Klys was sufficient to give the contest and a most popular gold medal to Matic.

When asked about her emotions at having won at home, Matic said, “I am really happy to have been able to win in front so many supporters, friends and family. I really wanted to win for Croatia.” Regarding the knee injury Matic said, “Of course it was difficult to give the kind of performance that I wanted to. But I am not going to concern myself about how it looked. I am just happy that I won. I guess the injury will mean some time out now, perhaps six weeks or so.”

As far as her plans for the future are concerned, Matic simply said, “There is plenty of time before Tokyo. I just hope that during this period I will be injury free.”