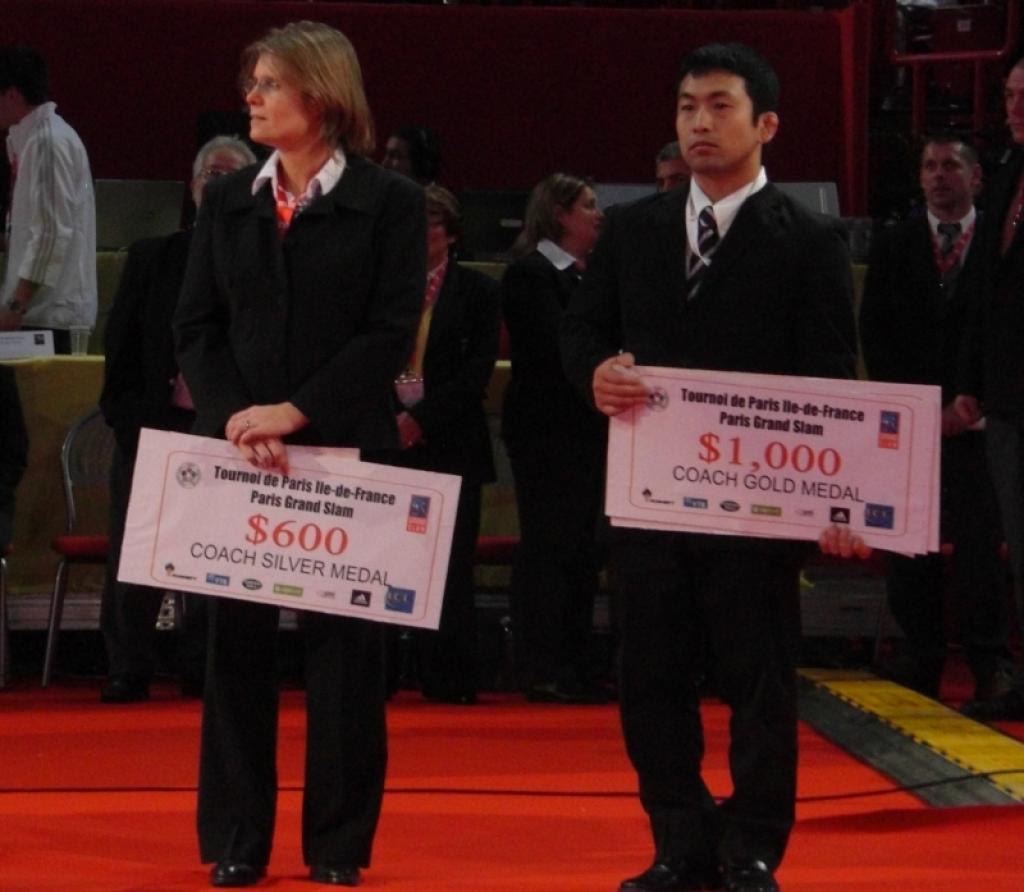 Today the coaches received prize money for the first time at the Tournoi de Paris. The Executive Committee of the International Judo Federation approved unanimously that coaches should receive prize money, a proposal of the IJF President Mr. Marius Vizer.
Since early 2009, when the IJF World Circuit started, all medalists in World Championships, World Masters, Grand Slam and Grand Prix are eligible for prize money, sharing all together over US$ 1,5 million.

Starting in Paris, coaches receive 20% of the amount designated to the medalists. In the case of the Grand Slam of Paris, it means $ 30.000USD (20% of $150.000 USD). The coaches received the cheque during the award ceremony.

“It was clear for IJF that coaches also need to be rewarded for their success. For practical reasons, we are giving the prize money for the coach who was on the mat during the medal contest. But it is up to the National Federations to decide if they will share the amount among the technical team and other coaches”, explains IJF Sports Director Mr. François Besson.