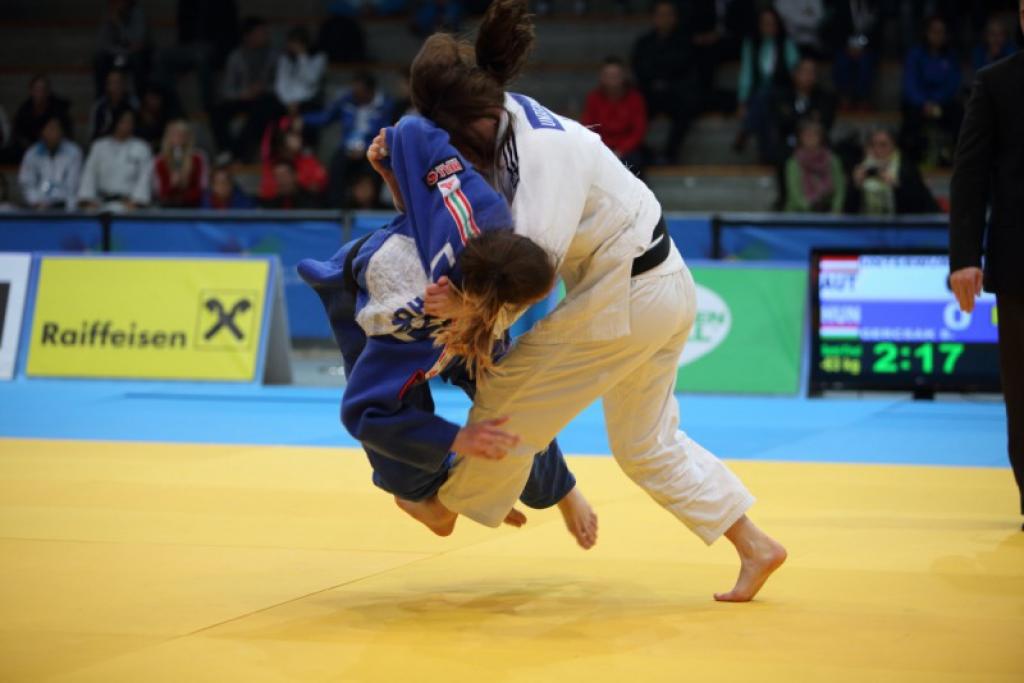 Katrin Unterwurzacher AUT managed with some degree of command over the opposition to mask not only the pressure of being home favourite and number one seed, but also the fact that she was unwell and, in her own words, “not at her best.” Beginning her day with a first round bye Unterwurzacher battled ill feeling to get past in newaza both Larisa Cherepanova RUS and Amy Livesey GBR. This set up a semi final with Gercsak Szabina HUN whom she had defeated in their last meeting at the IJF Grand Prix in Astana in 2014. After a strong initial burst from the young Hungarian, Unterwurzacher took control of the contest and came up with yet another ippon win to take her place in the final where she faced Japan’s Minei Miho. This was the only contest in the day that saw the Austrian taken the distance and the final was settled on a single shido committed by the Japanese. “One week ago I was not sure whether I would even compete,” said Unterwurzacher. The 22 year old Austrian said “I’ve been battling a cold and it was only in the last few days that I was able to get down to my competition weight.” Austrian Head coach Marko Spittka was delighted that his fighter had not only triumphed over her health problems but did so in front of her home crowd. “It’s a double celebration given that there had seemed little chance of her starting this morning,” said Spittka. It’s off to Japan next for Unterwurzacher and it won’t be for a holiday! There was a gold medal win for Ebru Sahin TUR who defeated Monica Ungureanu ROU in the -48kg category.