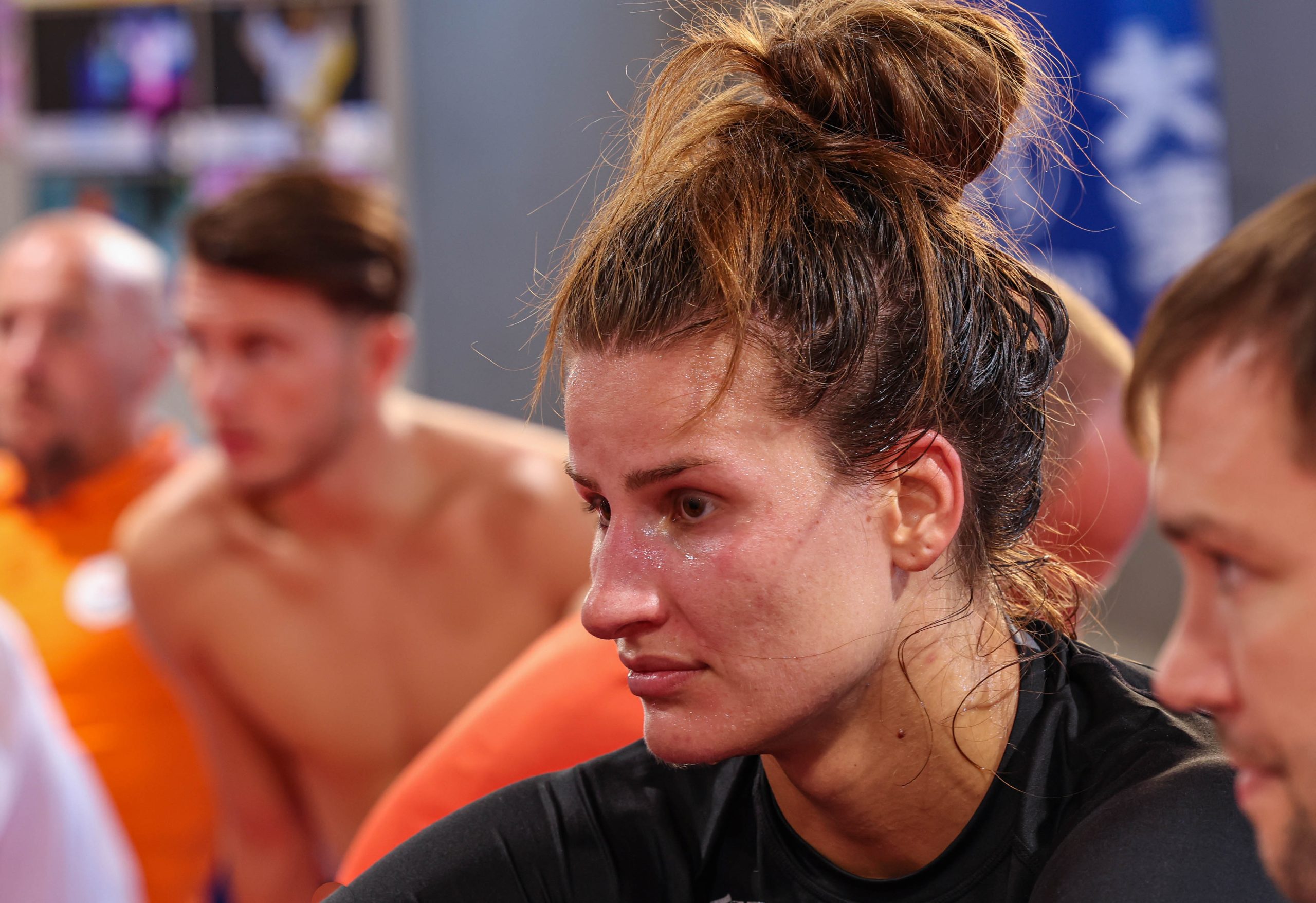 Anna-Maria WAGNER (GER/-78) has been number one of the IJF World Ranking for quite a while now. It occured the last time in January 2021, when Anna-Maria WAGNER (GER/-78) lost in her first fight at the Doha Masters. Since then her efficiency was astonishing, to say the least. The 26-year-old German won two bronze medals at the Olympic Games in Tokyo, a World Championship title in Budapest (HUN) and four Grand Slam titles (with four starts only). “Anna-Maria is a hell of an athlete, physically and mentally. You just have to watch her records. But what striked me most, is how frankly she talked about her depressions after the Olympic Games. It’s something, we happen to see quite often. Athletes, who reach her ultimate goal after years of practise and deprivation, are plunging into a deep mental abyss”, says Yvonne BÖNISCH, still Germans only Olympic Judo champion and current head-coach of Judo Austria.

A couple of meters away, in the Judo High Performance Center in Valencia (ESP), Anna-Maria Wagner has just finished her morning training. 550 athletes from 30 countries happened to be training there for one week. “It was extremely hot, but I liked it. I had lots of different randori partners, could work on my different strategies. I am in really good shape”, tells the 26-year-old. “I would say, the old Anna-Maria is coming back slowly, may be even stronger than ever. But I am not quite there yet. It feels really good. I am enjoying my life and my Judo career again. I have learned a lot about me and I have recovered eventually. I know, that I am capable of winning again the World Championships.”

The German number one athlete has been winning constantly. “But it took all of my energy. I needed a couple of weeks to recover. This is slowly changing.” How big is she rating her chances of defending the -78 kg title in Tashkent? “I don’t like the word defending my title. I am not thinking of what happened in Budapest. I am focusing on this year’s edition. And of course I want to win a medal, ideally gold, again. It’s about showing my best Judo. So far it looks good. I should be in perfect shape by then.”

Yvonne Bönisch is quite clear in her evaluation: “I have seen her for about two weeks in training now. And for me she is for sure the number one title-favourite.”