COMING OF AGE FOR STEENHUIS IN BAKU 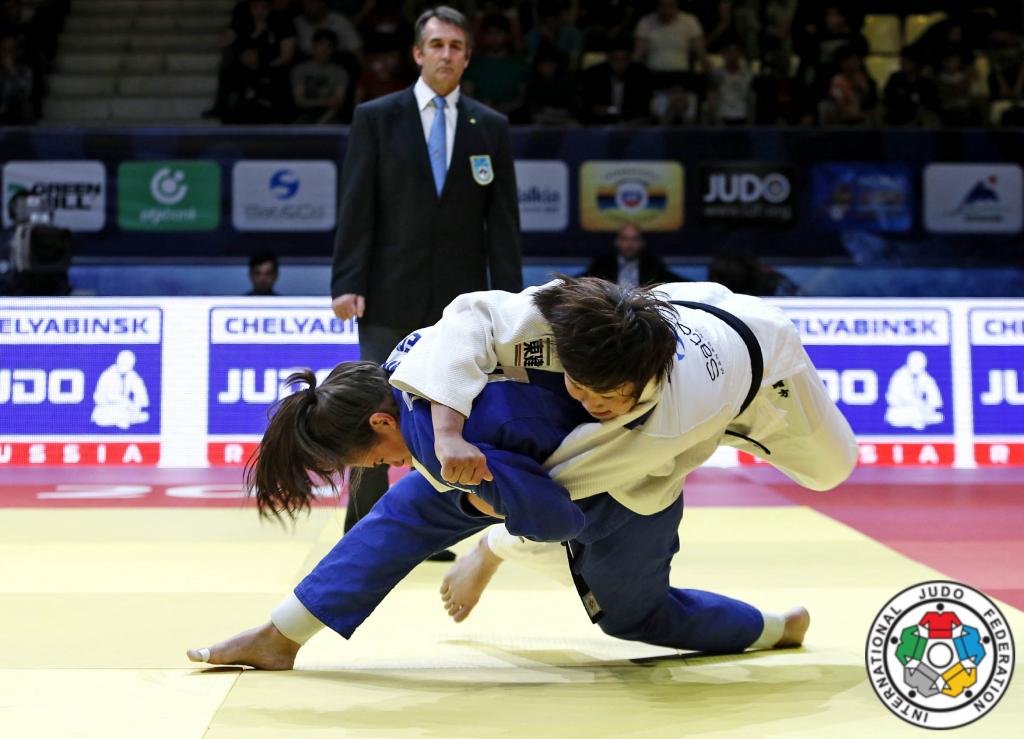 Guusje Steenhuis made her first mark on the international circuit when as an 18 year old she won a silver medal at the junior European championships in Samakov in 2010. That must seem a long time ago as tonight the Dutch athlete celebrates her coming of age with her first ever IJF gold medal. After bronze last year her win in the -78kg category on the final day of competition at the Grand Slam in Baku came with wins against high quality opposition. “I wasn’t thinking about whom I beat today. All day I focused on the next fight and about my tactics. I think I will just realise later what I reached today”, the 22 year old Dutch said to of her great success in Baku.

Steenhuis started her day against the Olympic silver medallist from London 2012, Gemma Gibbons by waza ari for a left sided uchi mata. After that successful opening contest she met her Dutch teammate Marhinde Verkerk which was not that spectacular because they know each other inside out. But the world champion from 2009 Verkerk had to leave the mat with a hansoku make for a leg grab. In the semi-final Guusje Steenhuis faced the German Kerstin Thiele, Olympic silver medallist from London – at that time in a category below: -70kg. She proved her ne waza skills whilst she choked Thiele after an o soto gari attempt from the German. In the final she had a big challenge against Ogata Akari. The world silver medallist from 2011 and bronze medallist from 2010 took the lead in the first minute for an o soto gari attack for which she earned a yuko. The Dutch judoka showed her fighting spirit and came back two minutes later with waza ari for a strong left sided harai maki komi for which she took the lead and defended it until the end.

“I just wanted to give the best. For me it is still very important that I am improving my judo. I am on a process to become better and better. So I think with this gold medal I showed that I am in a good way. I think I made a big step today”, Steenhuis said and added: “The main focus for me lays on the European and on the world championships this year. I expect to see there all the top players. So that will be a real big test to prove my judo qualities.”

There were European gold medal winning performances too from Svitlana Iaromka UKR in the +78kg category, Adlan Bisultanov RUS in the -100kg category and Bor Bana HUN in the +100kg category.