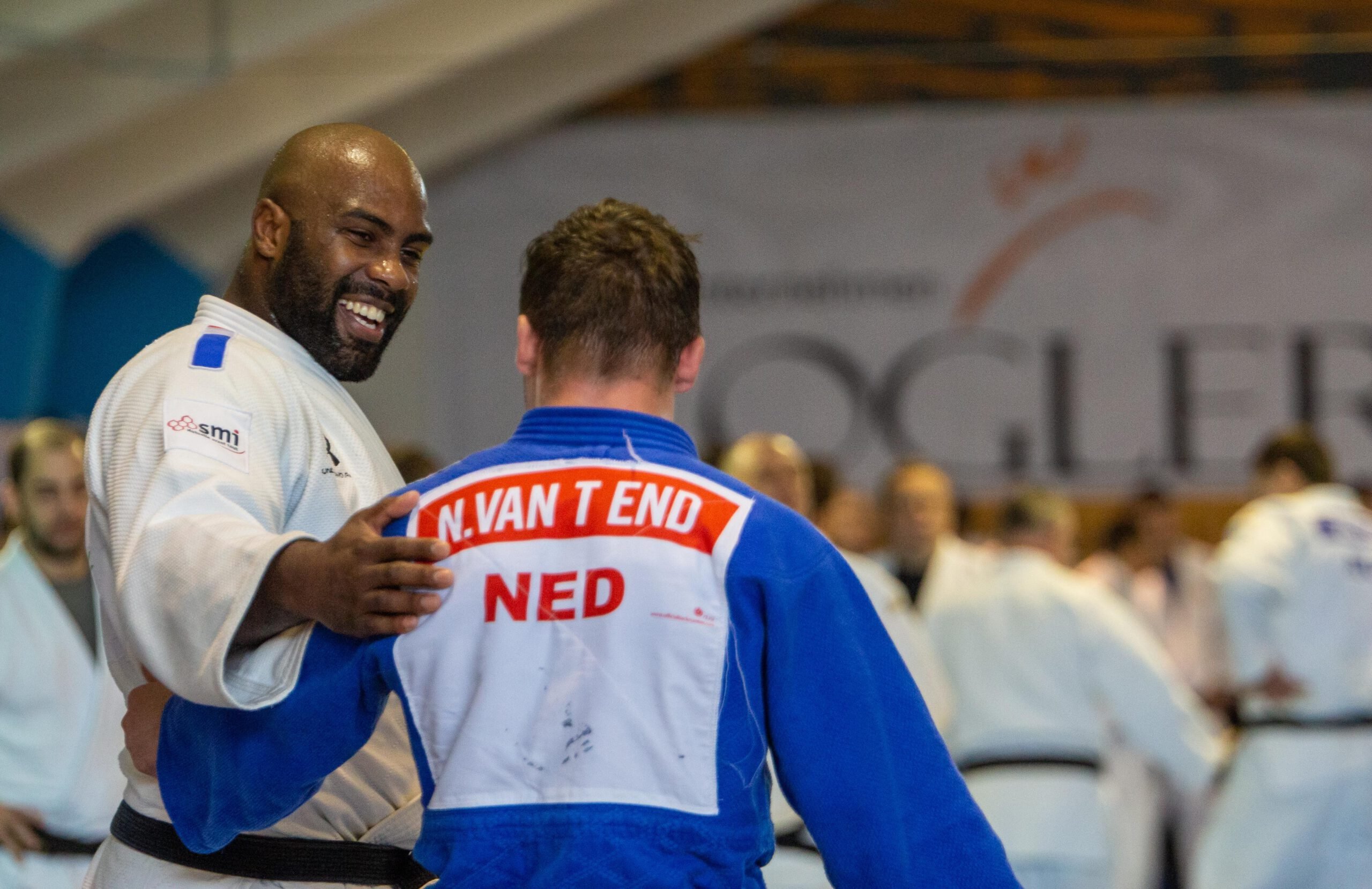 If you happen to need something from the Austrian Judo Federation these days, it might be difficult to reach them. For 28 times in a row, they have organised the Olympic Training Camp at Mittersill in January. What started in 1993 with a couple of hundred judoka, turned into the biggest judo training camp in Europe with up to 1,100 participants from about 70 countries. Even French 3-time Olympic champion Teddy RINER was surprised, when he came to the Austrian mountain village two years ago, “I have never seen anything as big like this judo camp before. I am really impressed.” This year is different though.

The predecessor of the OTC in Mittersill was a small training camp in near-by-village Rauris with up to 100 judoka, mostly Germans and Austrians. In the morning they practised judo, in the afternoon they went skiing. It was a mixture of (half) serious judo training and a ski course combined with long evenings. When the infrastructure of Rauris became too small for the needs of the judo community, Ali Gmeiner, member of the EJU Sports Commission, stepped in and transferred the camp to his hometown, “Mittersill has everything you need for a proper international training camp. A tennis indoor hall, which can be converted to a dojo (with about 1,300 mats), ambulance and hospital near by, lots of 3- to 4-star accommodation and various spare time activities!”

Thanks to Austrian hospitality and spectacular mountain views, the OTC Mittersill became a judo brand quickly. The national teams of Germany, Israel, Netherlands and Russia turned out to be regular guests. More than 70 different hotels, hostels and apartments were used to accomodate the judo athletes and coaches. Up to six training blocks took place daily.  Ali Gmeiner and the Austria Judo Federation employees were handling the organisation on site as well as all the necessary preparation work. An airport shuttle to Munich (3 hours drive by bus)? Sure. Hotel rooms as close to the training ground as possible? No problem either. Could you get us a mountain tour at the National Park? Sure, booked.

Up 1,100 participants for 10 days, this meant thousands of questions and requests each day. In December and January the AJF staff worked more than 10 hours daily, just with the exception of Christmas. Any day off in December or January was a no-go.

This year everything is different. The fire brigade will not need to provide the judo mats for 1,300 square meters. The local buses will be used mainly for residents. The number of tourists coming to town is low due to the pandemic. There will be no OTC this year because of local COVID-19 restrictions.

The European Judo family needs to go to Antalya (Turkey) and Samorin (Slovakia) instead. The employees of AJF had a proper holiday and normal working hours for the first time in December and January for many years. A good feeling. But gruelling judo training and international sports flair is missing.

Needless to say. Ali Gmeiner and the AJF are already planning for the resumption in 2023. The beginning of the judo year without the OTC Mittersill doesn’t feel the same.