CONFERENCE OF MILITARY AND POLICE COMMISSIONS TOOK PLACE IN MOSCOW 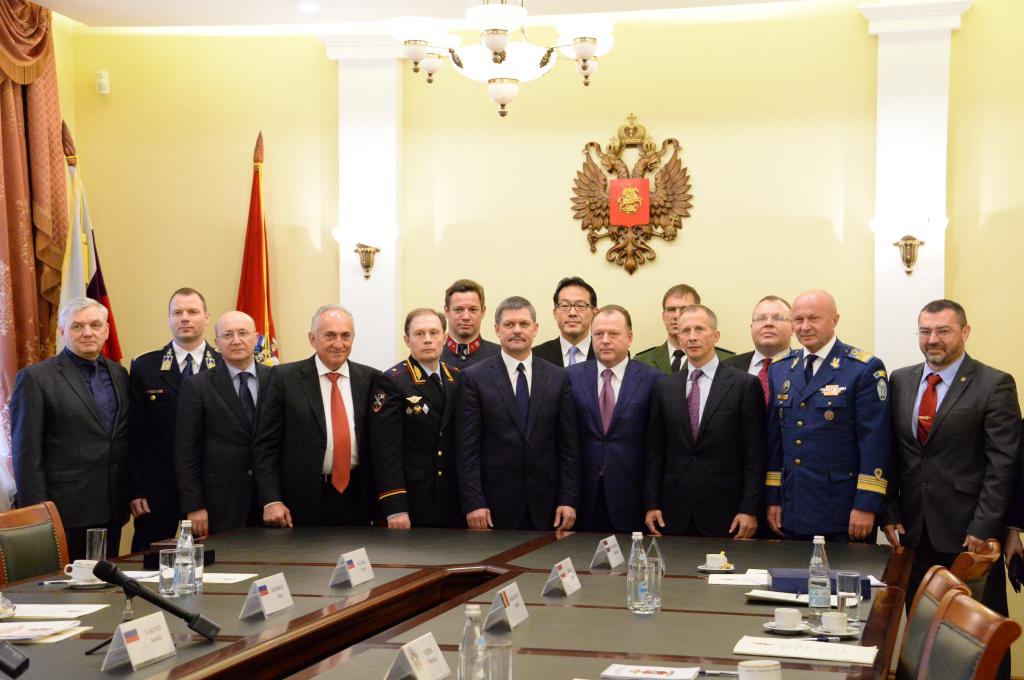 The day before the X Anniversary International Judo Tournament for police, army and other forces a joint meeting of IJF and EJU military and police commissions was held for the first time. The session chaired by the President of the International Judo Federation Mr. Marius Vizer took place in a historical building of the Moscow Police.

The Conference was opened by the Chairman of IJF Military and Police Commission, First vice-chairman of the “Dynamo” Police Sports Association, police major general Mr. Vladimir Gazizov, who delivered a speech on police judo development in Russia as well as the establishment of the “Dynamo” Police Sports Association in 1923, which is in charge of physical training of police officers. “Every year “Dynamo” holds more than 130 competitions for different categories of athletes. Among the members of the Russian Olympic team 61% account for “Dynamo”, explained Gazizov.

In his speech, the Chief police commissioner of Bavaria, a representative of IJF and EJU Military and Police Commissions Johannes Daxbacher noted the special role of judo in terms of consolidation of peace and order in different countries, and spoke about judo development programmes successfully implemented with the support of Marius Vizer not only in Ethiopia and Africa. Many requests from other countries and regions were asked for “Judo as a tool for a smarter conflict resolution for police forces”. This shows the high reputation of Judo and the Judo-values. This programme has been initially carried out in African countries and becomes more and more popular in the world.

“Leaders of the Moscow police paid particular attention to the level of physical training of each employee, which is the basis for the successful implementation of police operational and service tasks. Our basic principle is to develop all kinds of sports, it can raise discipline among the personnel, increase the efficiency of the police forces, strengthen willpower and health of every employee that is able to defend the interests of citizens”, said Anatoly Yakunin.

After the seizure of the meeting, the participants exchanged souvenirs and gifts. The Chief of the Moscow Police Anatoliy Yakunin presented the IJF President Marius Vizer a special award for special services on strengthening of police structures – a bronze statuette “Policeman”.

At the end of the visit the guests were shown the museum of the Moscow Criminal Investigation Department. The participants also visited the sports complex infrastructure and attended an open training session of the Russian police, who became a tenfold winner of the International judo tournament for police, army and other forces on April, 16.

In an interview with a Russian TV channel Marius Vizer marked the traditionally high level of competitions in Moscow and the social significance of such area as judo for police and military personnel.