COOPERATION BETWEEN EJU AND FFJDA FOR JUDO AT SCHOOL 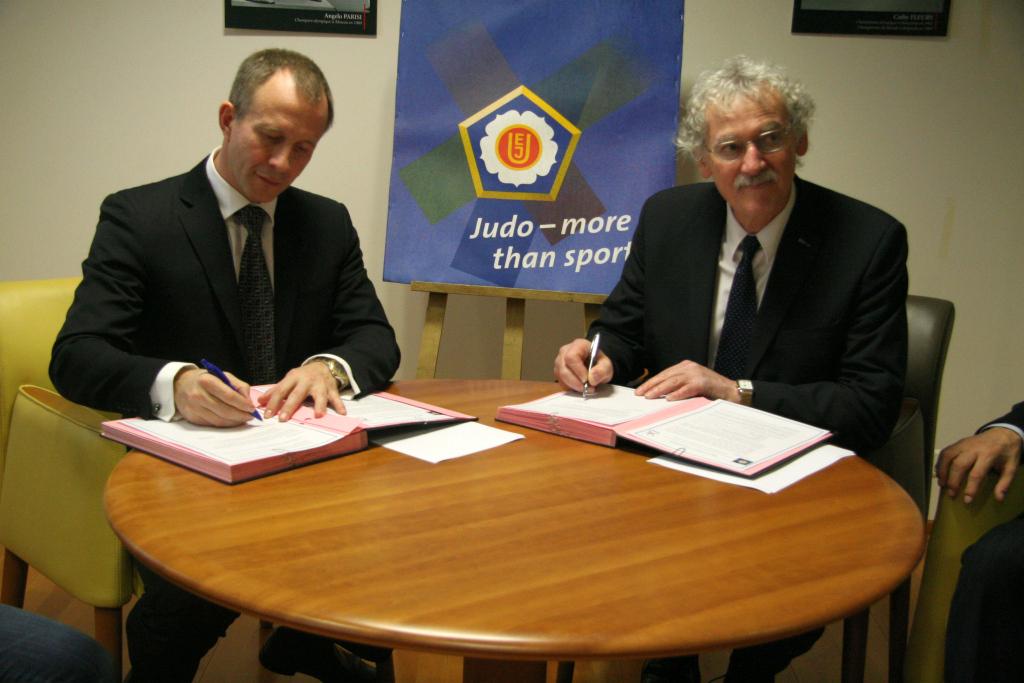 In the occasion of the European Championships for Clubs the European Judo Union (EJU) and French Judo Federation (FFJDA) have signed a memorandum of cooperation between the two organisation regarding judo at school.

Since 2013 the European Judo Union has launched the “Judo at school” special project that is supposed to promote judo among school children and that is aimed to have judo officially recognised by the Education ministries of European countries. Since 2008, the FFJDA cooperates with the French Education and “Sport at School Federations” Ministry through a signed convention which defines the development field of the judo at school. The convention specifies methods of intervention for the clubs teachers on the school or extracurricular time, the sharing of instructive documents, the teachers training and promotional judo activities. The presidents of both EJU and FFJDA signed the contracts and underlined the importance of the cooperation in a press conference. The signing was accompanied by double World Champion Gevrise Emane who also underlined the importance of giving judo at school level. Also for her it was very important to get judo in school and reached the world title U70kg in 2007 and claimed a second world title in 2011 U63kg.