Countdown for the World Championships 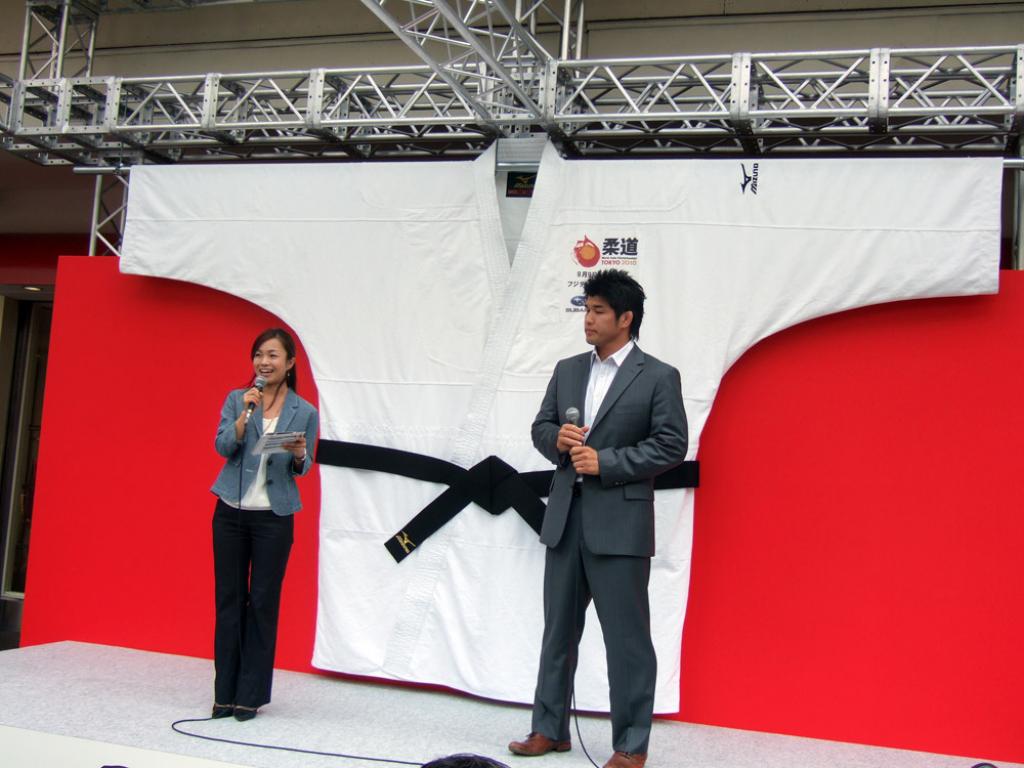 Three days to go before the beginning of the World Judo Championship, TOKYO 2010, and all eyes are already turned to the big upcoming event.
Hundreds of judo enthusiasts are working hard to deliver an outstanding event. While some of the delegations are already present on the Japanese soil and are absorbing their jet lag, every single element of the organization is trying to find its perfect place.

On Thursday morning, everything will need to be ready. This World Judo Championship will break many records, the first of those being the number of competitors; many weight categories already reaching historical numbers of participants for a competition of that level.

The Japanese team, which was officially presented to the press and to the VIPs the day before yesterday, in the mythical Kodakan dojo under the “patronizing eye” of Jigoro Kano, was concentrated, maybe as it has never been before. The World Championship is back in Japan and in Tokyo (the last time was in 1958!), and the Japanese team, considered objectively as one of the major favorites, does not want to disappoint its numerous fans. One after another, each member of the team was presented to the large audience, ready to encourage their protégés.

In the meantime, the city itself is getting ready for the show as many events take place all over Tokyo. For instance, in the Shibuya District, where the competition venue is located, a strange ceremony took place a few days ago. When the statue, donning its new outfit, is officially inaugurated by a champion with international status, like Kosei Inoue, the show is complete. In the same spirit, a giant judogi, actually the largest in the world, with the competition logo on it, was presented to the public.

Once again, the competition has not started yet but the atmosphere is warming up. Everyday, planes coming from all over the world with delegations are landing at Narita Airport. Everybody is looking forward to watching the first matches. But that will not be until next week. Before that, athletes are getting concentrated. Isolated to prepare themselves or enjoying the Japanese lifestyle, they have only one goal, at least for the next 10 days: to get a worldwide medal. The schedule for that is quite simple: