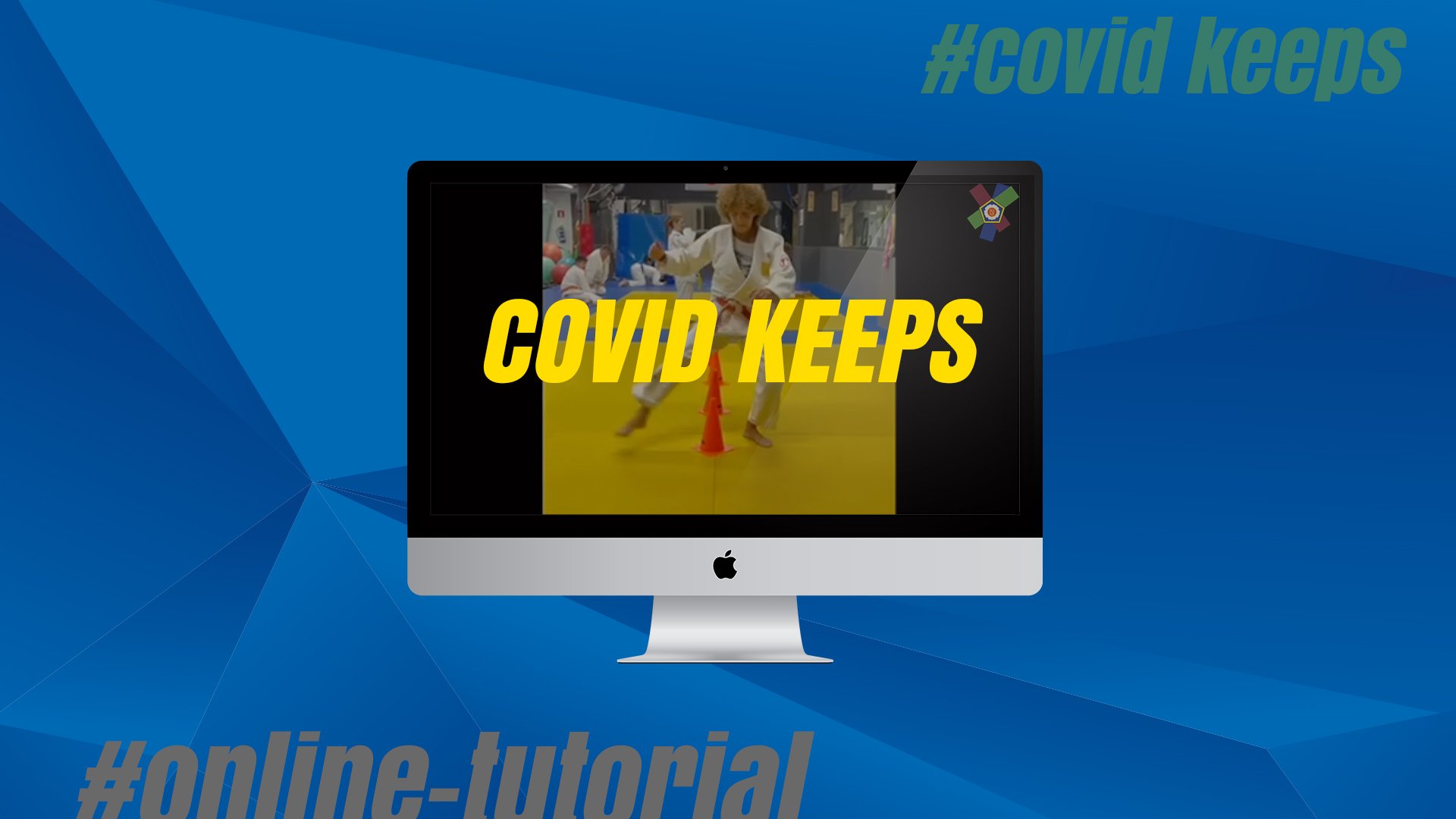 This week we introduce Carmen Solana in our Covid Keeps series who will take you through a series of lockdown drills.

So let’s get to know Carmen. What is your judo background?

I grew up in Santoña, a fisherman village in the north of Spain. I started practising judo when I was about 11-12 years old, but the beginnings were not easy for me. I was 11 when, while I was at a bar with my father, a judo competition appeared on TV and, immediately, I knew that I wanted it to be my life. I wanted to be Spanish champion and go to European and World championships. However, since it was something people thought was for boys, my parents first signed only my brother up for judo classes. It took a lot of talking to my mother to convince her that I could also do it and, when they finally signed me up, I had watched my brother’s practices so many times that I already knew some throws, for example O-soto-gari.

I learnt a lot with my first sensei, but when he couldn’t come to my village to teach anymore (and sent another teacher), I decided to go to Santander twice a week to continue learning from him.

When I ended my competitive life, I started teaching judo full time and I have had my own gym for 12 years. I am very proud to be able to say that some of my students have become Spanish champions. Now I am 8th Dan in judo, as well as 1st Dan in jiu jitsu, and a national trainer and referee.All in all, I can say that I fulfilled my childhood dream of devoting my life to judo.

What encouraged you to develop this material for the judo community?

I am a very active person and, last year, when we were confined at home I was eager to go back to the gym and see my students. On the first days days that we were allowed to go out for just a few hours I went to the gym and came up with the idea of doing these Tandoku renshu exercises so that everybody (included my youngest student’s parents) could see that judo can also be practised without contact and feel safe when coming back to the dojo. As the drills are done with simple objects such as balls and sticks, they can also be done at home.

What was the main objective of these drills?

The main objective of those drills was to remain active when going to the dojo was not allowed or very restricted. I wanted my body to continue feeling judo when contact training was not possible, and I was able to do it when performing the exercises, because the objects used played the role of an uke. In fact, I felt free when I trained like that, and that is why I decided to film the drills so that everybody could feel the same way I did.

Who, specifically is it aimed at? A certain level?

The drills are aimed for everybody, from white belts to black belts and beyond. However, I have realised that, as they do not involve being grabbed or falling down, they are also very useful for judokas recovering from injuries that do not want to stop training completely.

Do you feel it can be further progressed?

Of course, this material could clearly be developed further. In fact, although I started doing the drills alone, once the first students could come to the dojo and we trained without contact, more and more ideas came to my mind, and I am sure more will in the future.

I would like to encourage anyone who is able to visualize judo when uke is represented by an object the way I did to share their ideas with others so that this material can grow and be improved.

Would you continue this type of drilling once contact training has returned?

Yes, without doubt. As I have already mentioned, I have realised that it is very useful for everybody, but especially for judokas recovering from injuries, afraid to fall or to be grabbed, or even for children with disabbilities. Although I am not happy that this pandemic happened, I have to say that I am somewhat thankful for it, because it has made me see judo in ways I would not have been able had the pandemic not happened.