CROATIA BRING HOME THE GOLD ON DAY ONE IN ZAGREB 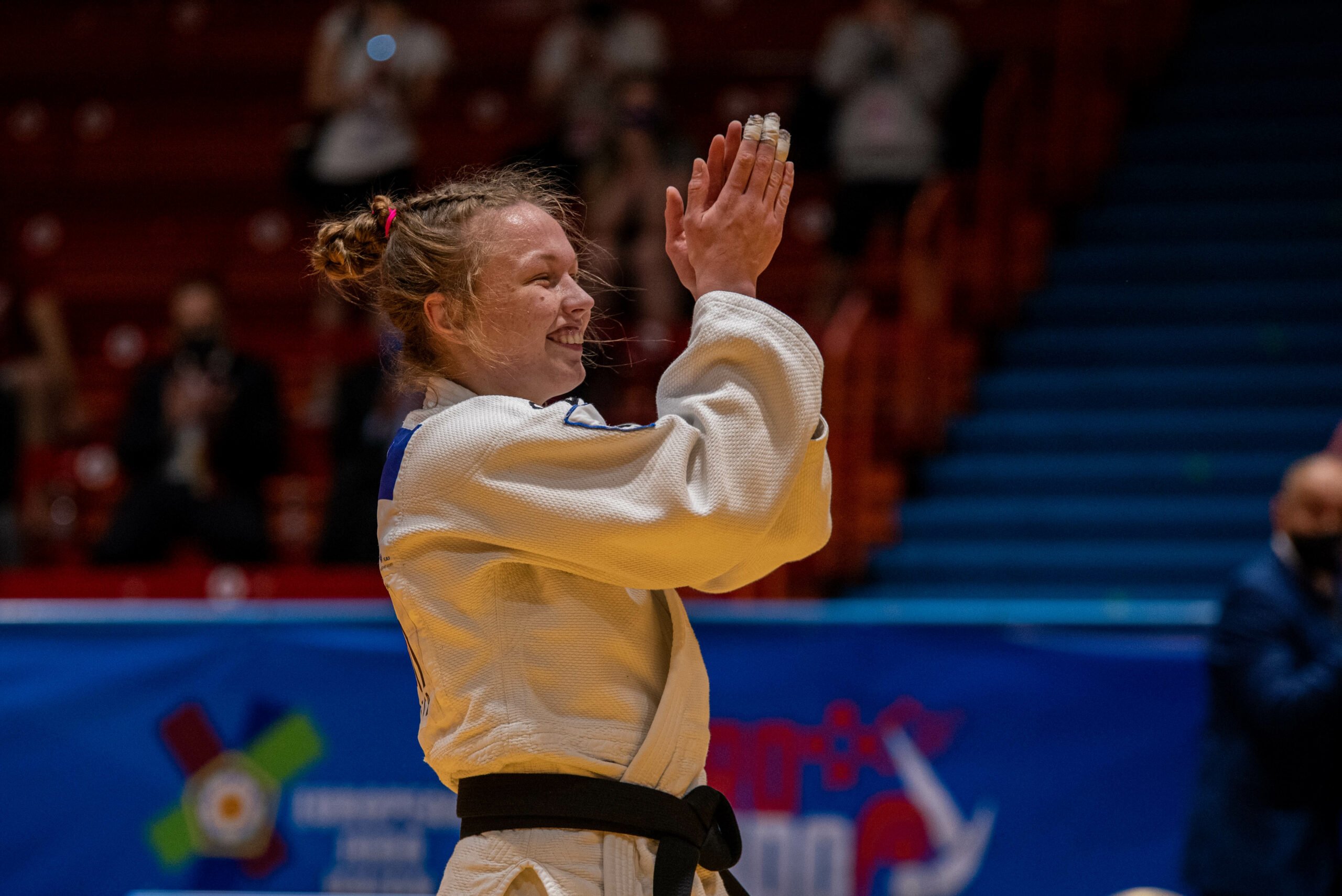 Day one of the Zagreb European Open saw seven strong weight categories battle it out for the gold medals. With 251 athletes, it was a day packed with action. Despite the spectators being absent, the atmosphere was still intense with huge teams from Italy, Israel, Netherlands, Romania and of course the home team, Croatia.

Iva OBERAN (CRO) was the comeback queen in her final in of the -63kg category. With the help of her team supporting and reassuring her she pulled back the score, levelling the field against rising star, U23 European Champion, Joanne VAN LIESHOULT (NED). It wasn’t an easy road to the final for the Croatian talent, facing Laura FAZLIU (KOS) in the semi final,

I have fought her before but the last time she won, today the support of my team and the motivation to win was strong, I knew that if I won this contest I would be guaranteed a medal. For the final with the Dutch girl, I had never fought her before, she is younger so I didn’t know what to expect. She was very strong and I knew it would be hard, I made a mistake, but again the team were telling me not to worry, I still had two minutes.

The Croatian women’s side have been on the rise in recent competitions and Oberan explains that they have taken advantage of the Covid situation as best they can, attending training camps as much as has been allowed.

Oberan took the only medal for Croatia on day one but a great effort was also seen by Robert KLACAR who took a fifth place in the -66kg category.

In the men’s categories, the star of the day was Romanian entry Adrian SULCA. Since his success as a cadet and taking a Youth Olympic Games gold medal, he has steadily climbed on to the senior circuit, explaining he now takes this much more seriously and has specific goals in mind. He is ticking them off one by one. Not before a crowd-raising semi final against eventual bronze medallist, Yehonatan ELBAZ (ISR). It became a battle of the whole Israeli team against Romanian and contributed to an incredible contest, picking up two shidos Sulca was under pressure but he pulled it out of the bag to book his place in the final.

In the final  against Augusto MELONI (ITA) a decision was reversed which saw his waza ari score disappear from the score board, he didn’t want to endure another fight like the one prior and with a smooth seoi nage in the next exchange, took his gold medal.

We prepare to be physically ready for competition but on the day it is a mental challenege, I thought the shidos in the semi final were maybe unfair but I had to stay in the contest. The same in the final, seeing that score taken off, I thought, I have prepared for this and I want to win.

Covid proved a struggle for him as in Romania they couldn’t leave for camps but as elite athletes they could continue to train which has worked in his favour, he has found his place as a senior and the future looks good for the young Romanian.

Tomorrow we will see the remaining seven weight categories and undoubtedly a great crowd of athletes supporting one another.