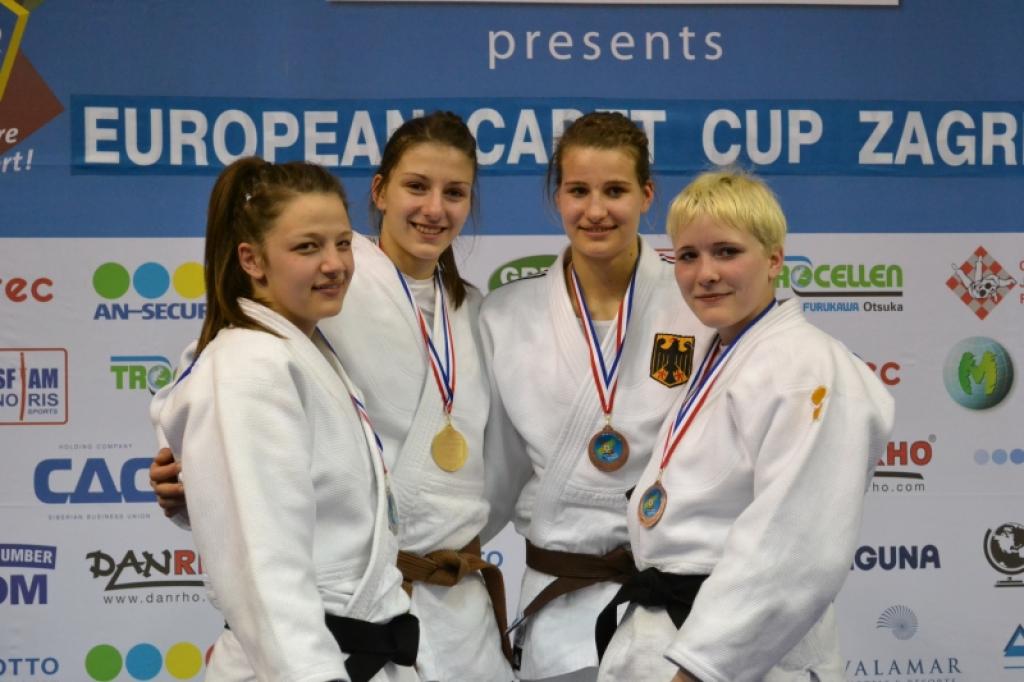 At the second and last day of the European Cup in Zagreb, host nation Croatia won two gold medals. An expected medal for Brigita Matic U70kg and Boris Maurovic won the category U73kg in the men’s division. However it was Germany adding another six medals making a total of 13 medals this event.

Martin Mattiass won gold in the men’s division U81kg when he was able to defeat Oleksandr Logvynenko, both are national champions in their country. Ruslan Knolik (BLR) and Ivan Djukanovic (SRB) won bronze among 39 judoka.

Ukraine was more successful on Sunday than on Saturday when they lost six medal matches. Today five medals and despite the lost final of Logvynenko gold for 15-year old Oleksiy Lysenko, the national champion U90kg. Now it was the other way around and Germany lost the final. Meo Schiedung finished second in a field of 21 participants. On average the tournament had more than 32 participants per category especially in the lighter categories.

Hungary had a good weekend and won all finals where they qualified resulting in three gold medals. Today Kitti Nagy won the heavyweight category in her final against Galyna Kovalska. Emese Karpati, also Hungarian, won bronze as well as Tina Radic of Croatia.
Szabina Gercsak confirmed the strong podium fights of Hungary winning the U63kg weight class. Gercsak defeated Slovenian Patricija Brolih who won a medal at the European Championships and EYOF last year. Gercsak also defeated Alessandra Prosdocimo who won bronze in the end as well as Tea Tintor (SRB).
Germany added another women’s gold medal by Jennifer Schwille U57kg in a German final against Lara Reimann. It was the same result as the German National Championships recently in February.
Nikoletta Balazs (HUN) and Marta Wykupil (POL) won bronze.

Brigita Matic is 14 months younger than her sister Barbara, so could still compete. She did successfully and won the category U70kg. Matic, from Split, was the winner of the EYOF title last year and was expected to win a medal.
Matic defeated Sara Tintor from Serbia in the final. Bronze was for Dorit Leinich (AUT) and Anna-Maria Wagner (GER).

Next week the European Cup cadets start in Antalya (TUR).