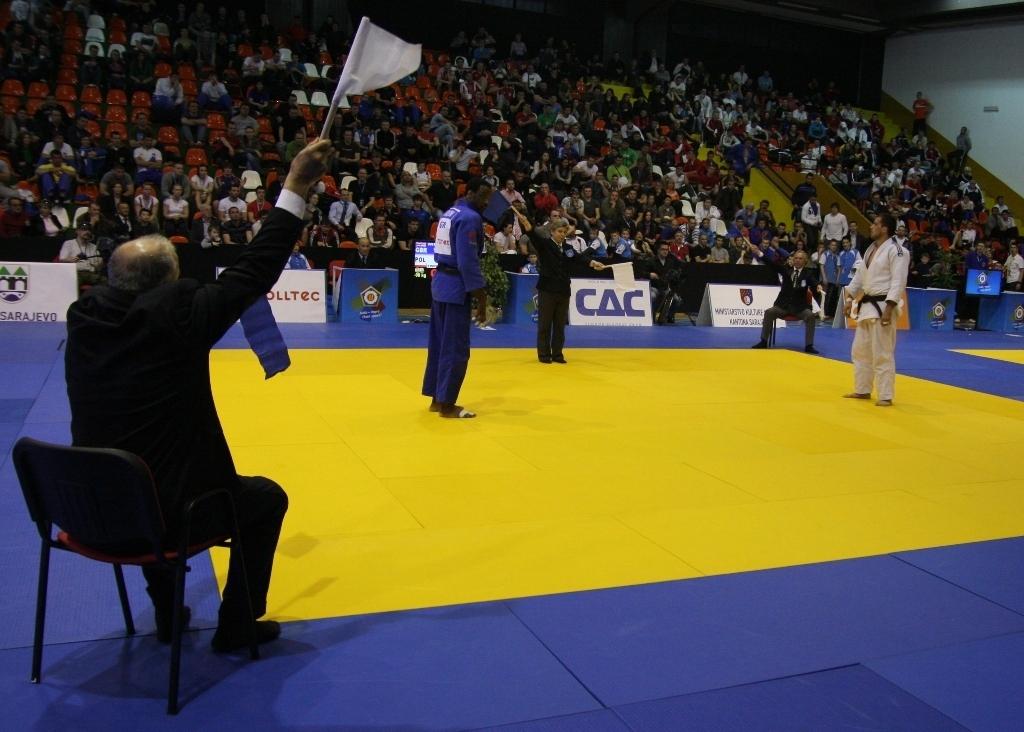 Croatia is leading the medal tally after day one of the European Cup in Sarajevo. The tournament has the strongest field ever and Croatia was able to win two gold medals.

In the category U81kg the most successful competitor was Croatian Tomislav Marijanović who won all of his fights by ippon. Marijanović defeated Laszlo Csoknai (HUN) in the final. The 29-year old Croatian champion of 2011 won the IJF Grand Slam in Rio de Janeiro last year as well.

Another victory for Croatia was for Kristina Marijanović. No family of Tomislav. She had to fight her biggest rival in Croatia, Marija Ćosić. Marijanović is the Croatian champion, the younger Ćosić is the U23 national champion. The victory was for Marijanović in the first ever all Croatian final in the European Cup history.

Winston Gordon won his third European Cup in his career but has won many big prices in his career and competed at the most important events in the world. Gordon is however still going strong at the age of 34 years.
He defeated Polish Wiktor Tworzydlo by hantai in the final.

Perhaps one of the biggest surprises was the win by Ana Velensek in the U78 category women. Velensek defeated European Champion Anett Meszaros (HUN) with great ne-waza. Meszaros usually fights U70kg and is warming up for the European Championships starting at 21 April in Istanbul.

In the men’s heavyweight category home fighter Ibro Miladin list his final against Marko Radulovic from Montenegro. He was the first for his country to win a European Cup since the start of this division in 2009.

The opening ceremony was held by Branimir Crnogorac, the president of the Bosnia Herzegovina Judo Federation. At the ceremony there was one minute silence to memorize Austrian Claudia Heill.

Follow the European Cup in Sarajevo live on Sunday: