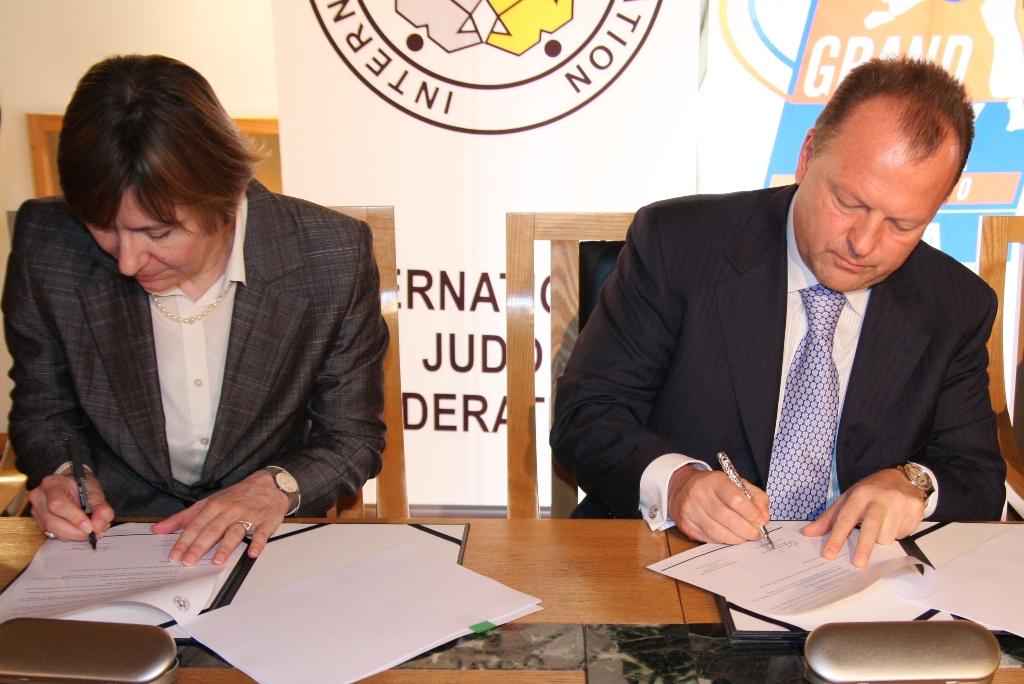 For all competitors, coaches, but also every single judo fan in Croatia, on Friday was a unique day for the Croatian Judo Federation.

The International Judo Federation signed a four-year collaboration with the Croatian Judo Federation, respectively IJF gave trust to CJF for hosting the IJF Grand Prix, which is one of the qualification tournaments for the next Olympic Games.

On Friday, the IJF World Tour got one more destination in the World Tour. Dusseldorf, Abu Dhabi and Baku and the new „related“ host Rijeka in Croatia.

President of the IJF Marius L. Vizer stated that he was very happy that city of Rijeka becomes one of the tournaments in the World Judo Tour. He also he congratulated athletes Marijana Miskovic and Tomislav Marijanovic for qualifying for the Olympic Games as the first Croatian judoka that have ever qualified in the Croatian history.

The Major of Rijeka was extremely happy that his city will host one of the biggest tournaments in the World Judo Tour. He is convinced that this is not only a great promotion for the city of Rijeka, but also for Croatia. Because of that he is giving the full support to the Grand Prix, which will be held in sports hall „Zamet“.