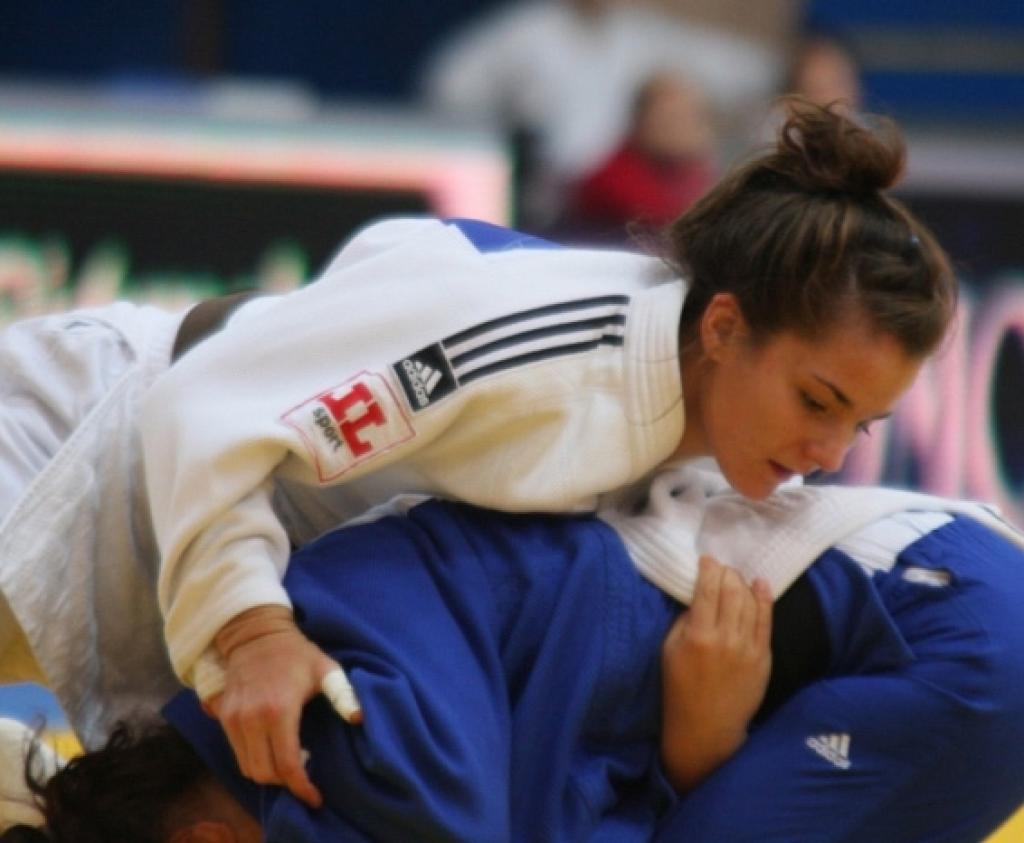 The Croatian sisters Matic were successful at the European Cup in Sarajevo. 17-Year old Barbara Matic was able to win the category U70kg while her 16-year old sister Brigita won bronze U78kg. Barbara Matic is the second youngest winner ever of a European Cup since the introduction in 2009.

They were both the youngest medalwinners at the first European Cup of this season.
Despite two other bronze medallists for Kristina Marijanovic U70kg and Ivana Maranic U78kg, Croatia was not the best country.
Russia won four of the seven available gold medals. In today’s heavier categories Russia won three of the four gold medals in the men’s category. Tea Donguzashvili was the oldest winner of all, aged 35, collecting gold +78kg in her final against Bosnian favourite Larisa Ceric.
Bosnia had a second finalist in Drazen Subotic who defeated world medallist Alexander Mikhailin (RUS) in an early stage. Subotic lost the final against Marko Radulovic of Montenegro. The country that is hoping for an Olympic medal for Srdan Mrvaljevic (U81kg) won another medal by Nikola Vulevic (U100kg).

Russia was gold by Murat Khabachirov in the category of Mrvaljevic who didn’t participate. The U23 European Champion of 2010 in Sarajevo defeated his countryman Arsen Pshmakhov in a deal among the two, only Khabachirov came on the tatami for the final and won the tournament.
Russian Kamil Magomedov won the U90kg against Grigory Sulemin (RUS) in the same way. Serbian Aleksander Kukolj did again good business winning bronze. Two weeks ago he won the Serbian national title.
Tagir Khaibulaev (RUS) was the expected winner U100kg. However the Bosnian home crowd preferred to see European Champion Amel Mekic in the final. He lost surprisingly but won bronze after all in his bronze medal fight against Toma Nikiforov, the European U20 Champion from Belgium. Nikiforov list the semi final against the world champion. Khaibulaev was victorious over Adam Hall, a good performance of the Briton, who won silver as well at the European Cup in Malaga last year.

Watch photos in our media gallery later this evening