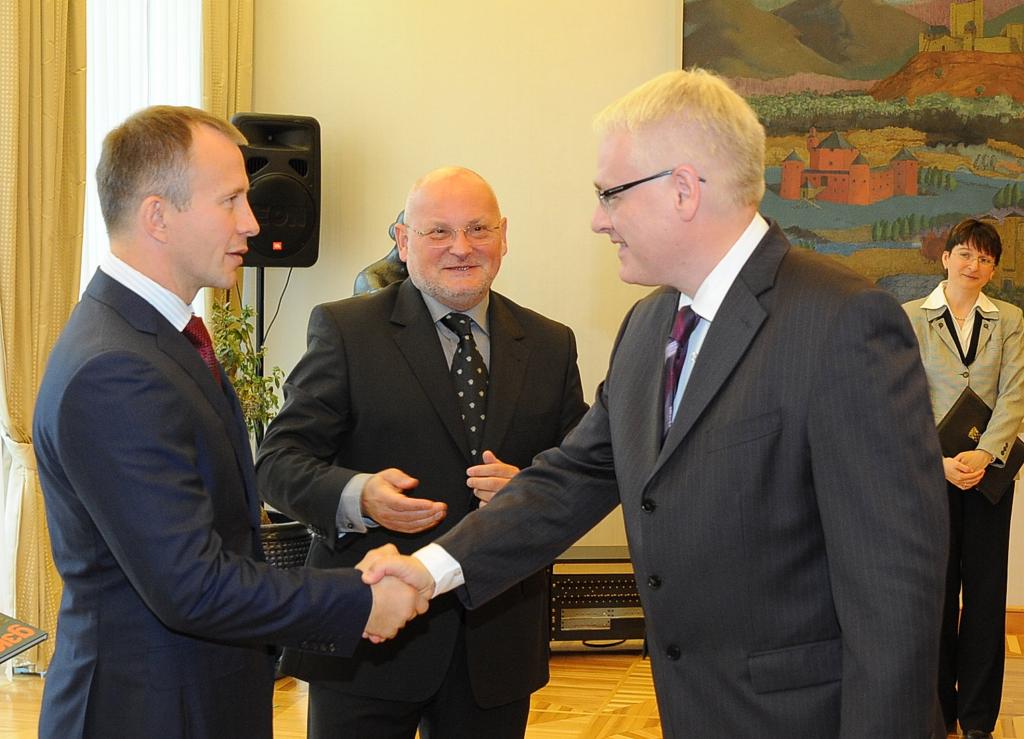 Croatian President Mr. Ivo Josipović has welcomed an EJU delegation today, one day in advance of the start of the European Judo Veteran Championships.
European Judo Union President Sergey Soloveychik was accompanied by EJU Vice President Daniel Lascau. Also present were a delegation of the Croatian Judo Federation and representatives of the organising committee, the President of the Croatian Olympic Committee, the Mayor of the host city Porec and the President of the Sports Association of Porec.

The European Veteran Championships will be hosted by Porec, one of Croatia’s top touristic destinations. The Championships will start on Thursday until Sunday.
One of our main goals of the Croatian Judo Federation is to make judo sport more popular and to organize championships in a way to fulfill all expectations.

In the picture you see President Ivo Josipović in the right, welcoming EJU President Sergey Soloveychik.