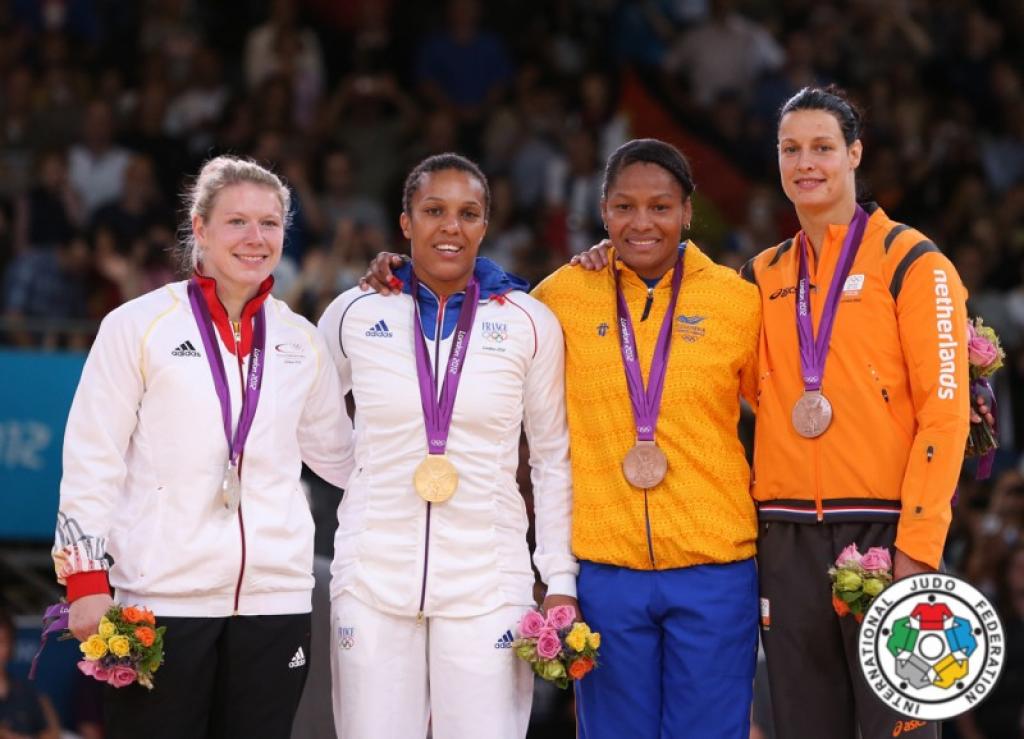 When Lucie Decosse FRA stood atop the podium at last summer’s Olympic Games in London she did so as reigning world champion and confirmed her status as world number one. By achieving at her third attempt her goal of winning an Olympic gold medal, and aged 31, Decosse became the focus of speculation regarding her possible retirement. That question is likely to be answered at the World Championships in Rio this August where Decosse is scheduled to defend her world title. Alongside her in London were two former world champions, Edith Bosch NED (Cairo 2005) and Yuri Alvear COL (Rotterdam 2009) making a very strong podium line up. Only silver medallist Kersten Thiele GER was regarded as having upset the rankings in a category where, prior to the Games at least, the main protagonists in the -70kg category had pretty much been identified.

Post London, and in this new Olympic cycle, the -70kg, more than most others, is in for quite a shake up as athletes move up a weight or take the unusual step of moving down. Two Olympic champions are set to move into the -70kg category: Urska Zolnir SLO is moving up from -63kg whilst Kayla Harisson USA, has already made the move down from -78kg. In the short term Zolnir and Harrison will face competition first from Asia, particularly in the shape of established fighters such as Hwang Ye Sul KOR, Chen Fei CHN and Tachimoto Haruka JPN. Harrison, prior to her knee injury, had already locked horns in Pan-America with Colombia’s Alvear and both will have to contend with Kelita Zupancic CAN, Maria Portela BRA and Onix Cortes CUB. Africa too can offer up stiff competition in the shape of world bronze medallist in 2009 Houda Miled TUN, Antonia Moreira ANG and current African champion Assma Niang MAR. But it is possibly the Europeans who will pose the biggest threat.

Whilst Decosse may be about to hang up her belt it is the rising stars of Europe in the shape of two former junior world champions Kim Polling NED (a worthy successor to Bosch) and Bernadette Graf AUT that will pose the real threat. Polling in particular appears to have the force with her at present and seems unstoppable. Her team mate Linda Bolder will also be looking for a place on the podium as will Germany’s Laura Vargas-Koch. The Paris Grand Slam was the first “major face-off” and it was Polling who triumphed in devastating fashion. The same wave saw Polling capture the Dusseldorf Grand Prix, the European Championships and the World Masters titles. Bosch has retired and Decosse seems set to join her. But the remaining group know that there will be room for only four on the podium and one place looks pretty well taken.