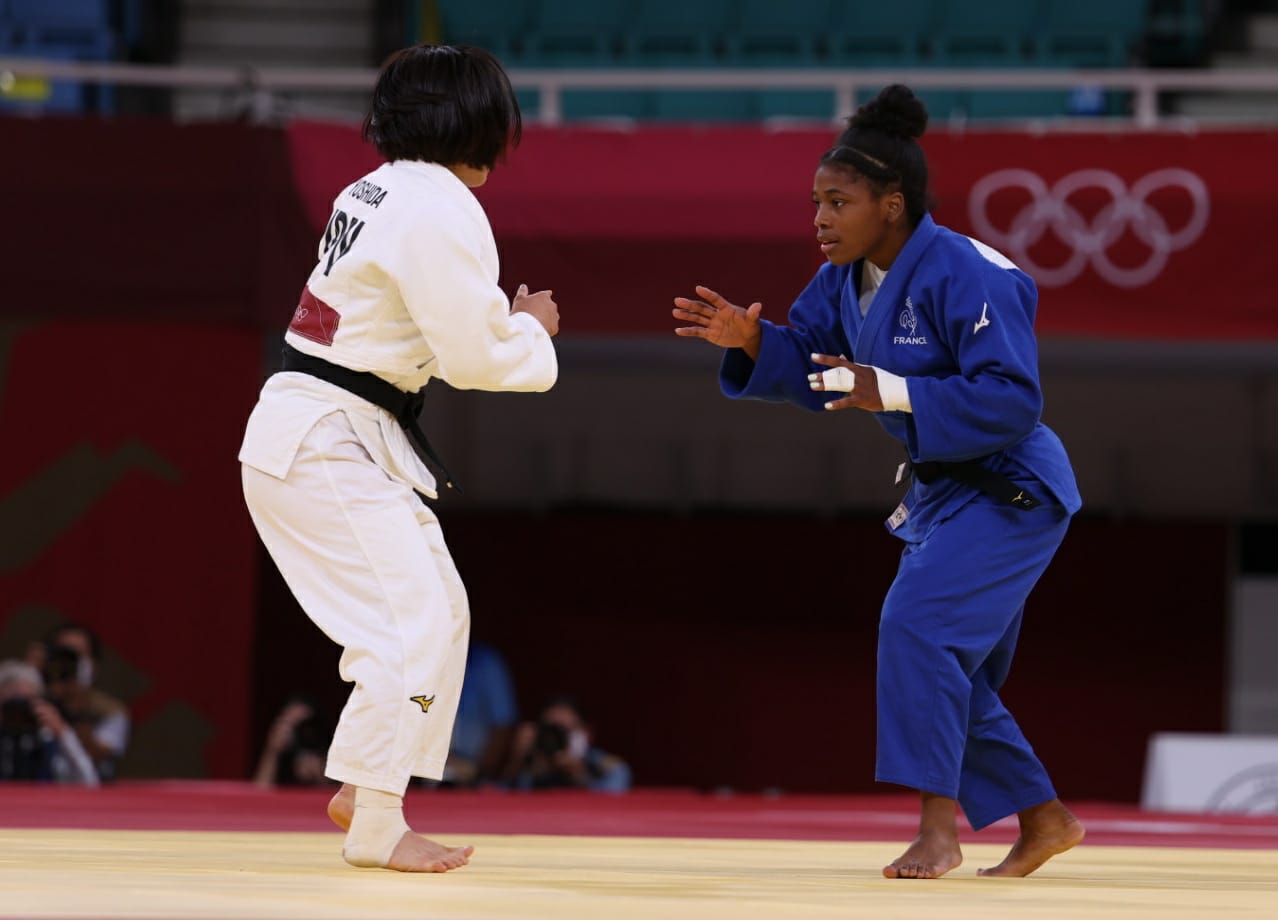 Team France and Team Japan were set for a final showdown, as per usual. However this was the day the history books would remember as the almighty defeat.

Today we witnessed history, period. It was the first mixed teams event in an Olympic Games, and so each and every athlete who competed on the tatami, win or lose, was part of something extraordinary.

With the continent behind the, France conquered their preliminary rounds, defeating Israel in a decider and the Netherlands on their way to the final against the home team of Japan. Looking at the lineup, predictions could be made in terms of who might win their contests and who might lose, but as we all know, this is judo and anything could happen.

You could say the odds were in Japan’s favour given their take of nine Olympic titles in these Tokyo Games. The first of the athletes to take on Japan was our European superstar and Olympic champion of the -63kg category, Clarisse AGBEGNENOU. Here she faced the -70kg Olympic champion, ARAI Chizuru. Two scores were achieved by the Frenchwoman and here she set the standard for her teammates, the ignition they needed.

Axel CLERGET was up next for France against fellow world medallist, MUKAI Shoichiro in the -90kg category. This match up wasn’t anywhere as straight forward and lasted the full distance and then in to golden score. The next point was added to France’s tally.

In the +70kg division, Romane DICKO competed against the new Olympic champion, SONE Akira. It was a close contest that we can imagine we will see over and over again in the future as both women are only 21 years-old and Olympic medallists. It wasn’t to be for Dicko but she still held the spirit of the team.

Double Olympic champion and four time Olympic medallist, Teddy RINER stepped on the tatami against WOLF Aaron, yet another champion this week for Japan. Wolf certainly made it a difficult job for Riner but he was also unable to find a way to score against the French giant. Win number three went to the French and Japan looked nervous.

Sarah Leonie CYSIQUE took a silver medal in the -57kg category after a very unfortunate han soku make decision, but she had a golden mentality in the mixed team event, getting a score against YOSHIDA Tsukasa which was hugely celebrated by her team mates. A couple of ne waza attempts from Yoshida threatened the contest but in the end, Cysique was the one to win and bring home that gold medal for France. She was the final piece of the puzzle that allowed France to make history.