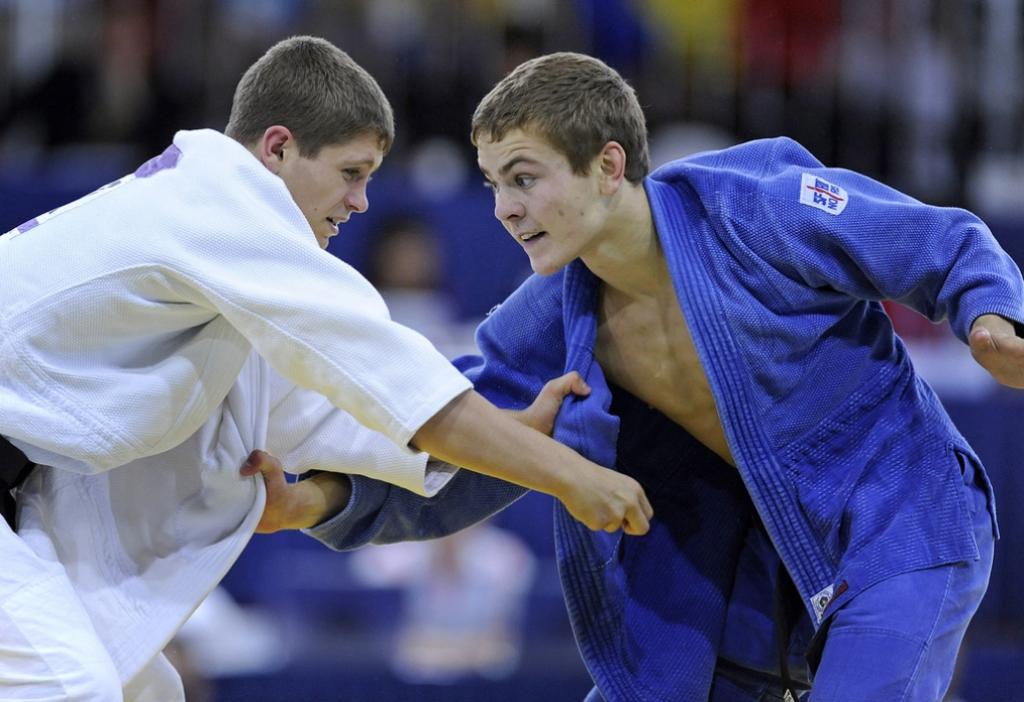 The two competitors were tied after the four minutes of regulation time, and could only be split after 77 seconds of golden score when the referee awarded a shido (penalty) against Muminkhujaev.
“I’m very happy to have won gold. I didn’t realise it was so close,” Pulkrabek said. “I just tried to keep active and keep him busy.”

Muminkhujaev said: “He was really strong compared to the rest of my opponents. He really tested me.”

Two other Europeans were successful in this category; Dmytro Atanov (UKR) and Pedro Rivadulla (ESP) suffered early losses to Pulkrabek in the morning session, but powered ahead in the repechage stage to claim the two bronze medals on offer.

Atanov had a tight contest against Subash Yadav (IND) in the first bronze medal bout, but capitalised on a lapse in concentration from Yadav to score a win by ippon.
“It was a tough match, and I didn’t think I was going to win until right at the end,” Atanov said. “At the end my opponent took a risk and made a mistake.
“Of course like every athlete I wanted to win a gold medal, but I’m happy with the bronze. All the Ukrainian team will help me celebrate.”

Rivadulla enjoyed a tighter control of momentum in his bronze medal clash against Fahariya Takidine (COM), scoring a victory via ippon after 32 seconds.

“Before the match I had the feeling I would win today. Now I’m going to celebrate with my family, friends and all the people I know,” Rivadulla said.

Takidine, whose celebratory flips and slick dance steps were a noted innovative highlight on day one of the judo events at the Games, was disappointed to have missed out on a medal.

“I felt lost, in my mind I dreamt that I would beat him, but it didn’t happen. I don’t know what happened,” Takidine said.