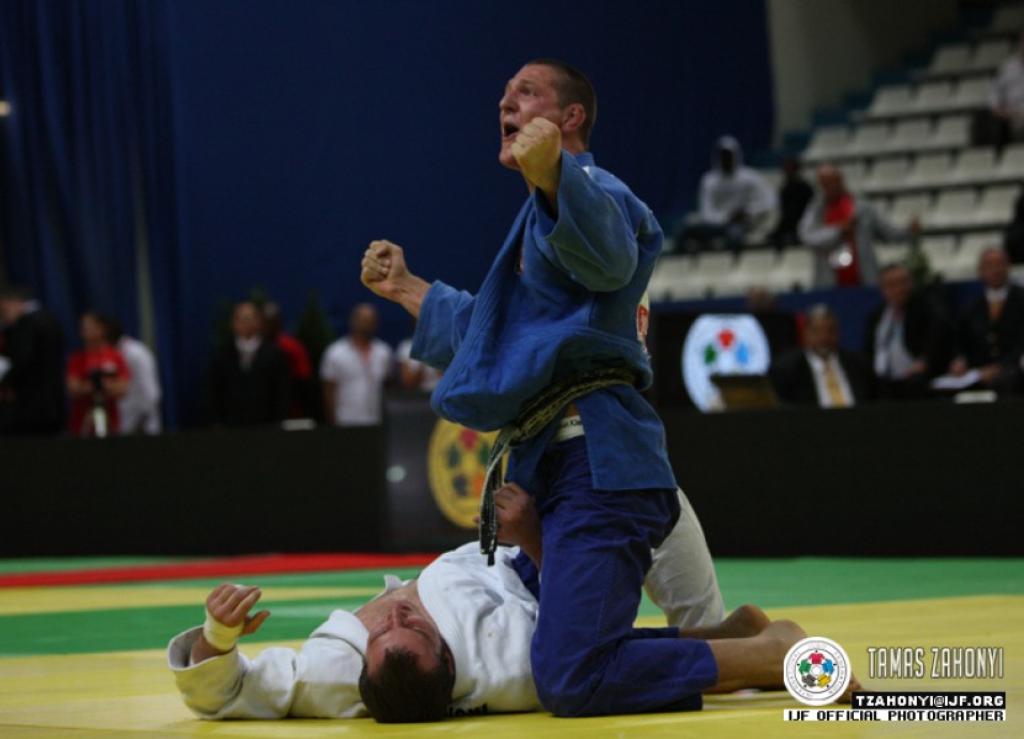 The tournament in Prague has traditionally been one of the premier judo tournaments in the world and names like Robert Van de Walle (BEL), Yoshiuki
Matsuoka (JPN), Antal Kovács (HUN), Irakli Tsirekidze (GEO) or Tadahiro Nomura (JPN) are among the winners of this tournament. And this year´s world cup will not be any exception.

Mongolian Naidan Tuvshinbayar won the gold in U100kg at the 2008 Beijing Olympics. He will appear in this category again like last week in Düsseldorf.
Igor Makarov (BLR) took the gold in the same category four years earlier in Athens, but fights +100 for a long time.

Jae-Bum Kim of Korea won silver Olympic medal in Beijing. He won the GP of Düsseldorf last week and will start in Prague again.

Khashbaatar Tsagaanbaatar of Mongolia is the reigning U66 kg world champion. Last week he won the GP of Düsseldorf.

We will also be able to see other medalists from the last world
championships: Elio Verde of Italy won bronze U60kg, An Jeong-Hwan of
Korea took bronze in U66 kg, and was in the final last week in Düsseldorf.

Prague will also welcome continental champions: Christophe Humbert of
France, Martin Padar of Estonia, Will Frazer of Canada or Ganbat Boldbaatar of Mongolia.

Czech favourites for medals are Lukás Krpálek (U100) who won the silver last weekend and Pavel Petrikov (U60) who won two World Cups last year.

Double junior World Champion Lukás Krpálek is looking forward to this weekend to represent the Czech Republic: “Great. I love it. I’m very proud to represent Czech Republic and especially when I win. The competition here is going to be very tough. I will be happy to win any medal.”

Pavel Petrikov, 2008 European U23 Champion: ”Representing my country in front of the home crowd is a great challenge and obligation. I want to show my best form here. I am very well aware of the fact that the last victory for the Czech Republic in Prague was achieved 13 years ago by Petr Jákl at the heavyweights. I would like to terminate the waiting of our judo fans for the next gold medal next Saturday!”

329 judoka from 39 countries kick off from Saturday morning.