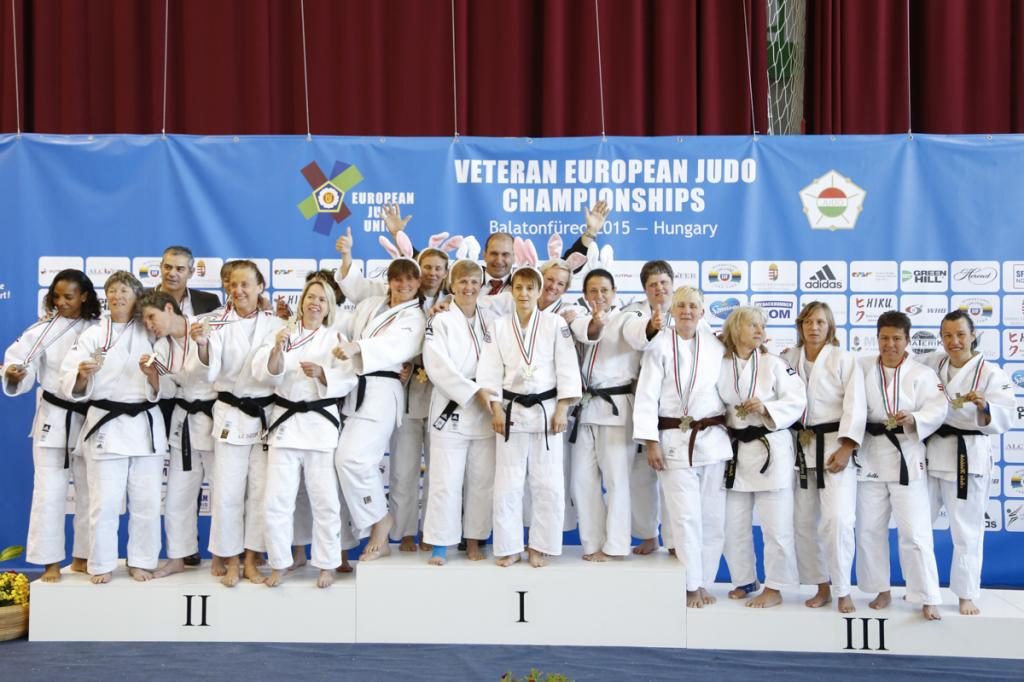 The last day of the Veteran European Championships provided the entertainment of the team event from the Balaton Kozpont Sport Arena. The Hungarian and the Czech Republic team were equally celebrating the victory for their own reason. The Hungarian male team was delightful to became European Champion front of the home crowed but there was more to celebrate for the Czech Republic female team as their returned in style and defended their title.

Five teams entered in the TW40 division which resulted to have four matches for the Czech team. “There was no close match, we won all contest with convincing performance”, said team member Barbara Mertlova.

“We are all very proud to defended our title with the same team like last year. It is pity that there is no team competition at the World Championships in Amsterdam at the end of this year. However, we will try to triple our team gold medals at the next Veteran European Team Championships”, she added.

The leader, Jaroslav Banszel is not only the coach but the inventor of the team. “In 2013, I proposed the team to start by competing at the National Czech Team Championships where the ladies won bronze medal. This was our inspiration to head out and fight at the Veteran European Championships last year in Prague where we ended up winning gold”, explained Banszel. “The team follows a very structured plan by attending at five training camps a year, where they train together and prepare themselves for different veteran tournaments.” – the coach concluded.

All in all, with the total number of five team divisions (three male and two female) the Russia team was the one to double up the golden moments after winning TM30 and TM50. TM40 brought the celebration for the home crowed. France taken the victory in the TW30 devision before the Czech Republic took it all away by defending their title in the TW40 age group.