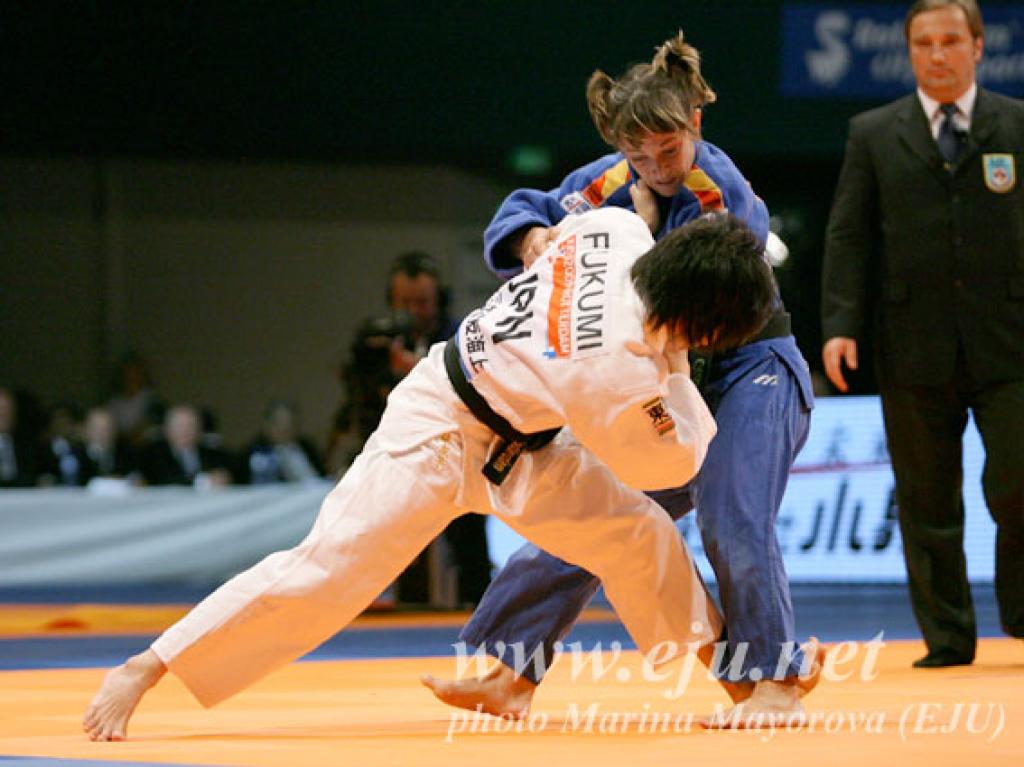 Favourite after favourite fell in a remarkable first day at the Judo World Championship here in Rotterdam. Bad news for Europe? No we just replace them by three other medalwinners. But no one had thought it was going to end up like this, with a new proud Ukrainian world champion, Georgiy Zantaraya.

It was like a tank driving through the competition, especially in the U60kg men’s weightclass where the highly fancied contenders were sent spiralling out of the competition.

Ludwig Paischer (AUT), Min-Ho Choi (KOR), Sobirov (UZB) all went out – the complete Olympic podium – followed by Ruben Houkes (NED) and in a later stage Nestor Khergiani (GEO) adding the complete podium of the World Championships of 2007 to the day’s carnage.

This left the way clear for Georgiy Zantaraya to win the first gold medal for Ukraine. Zantaraya beat Hiroaki Hiroaka (JPN) who was also second in his last test at the Grand Slam of Rio.

In the U66kg class the results also went completely against expectations. Only Alim Gadanov (RUS) repeated his performance of the Olympic Games, ending up as fifth. He lost his bronze match to Korean Jeong-Hwan An.

Olympic Champion Masato Uchishiba lost his second fight and was out. Benjamin Darbelet (FRA) had the same scenario, losing in the second round, the same as Olympic bronze medallist Pak Chol-Min (PRK).

Khashbaatar Tsagaanbaatar (MGL) was finally the winner by waza-ari in an exciting match against Uriarte.

In the women’s category U48kg the final eight where again completely different than at the Olympic Games.

Only Olympic Champion Alina Dumitru was expected to be among the top ranked, but even she ended without a medal, and in a dramatic twist also ended up in hospital with a suspected ligament injury.

Today’s winner was Tomoko Fukumi (JPN) who collected a third world title. She became junior World champion in 2004, World champion with the Japanese team last year and in Rotterdam she shone with gold after defeating Spanish surprise Oiana Blanco.

Asian Champion Jung-Yeon Chung (KOR) lost to Blanco, but did beat junior world champion Sara Menezes (BRA) who had only heavy competitors today, but can be proud of her performance.