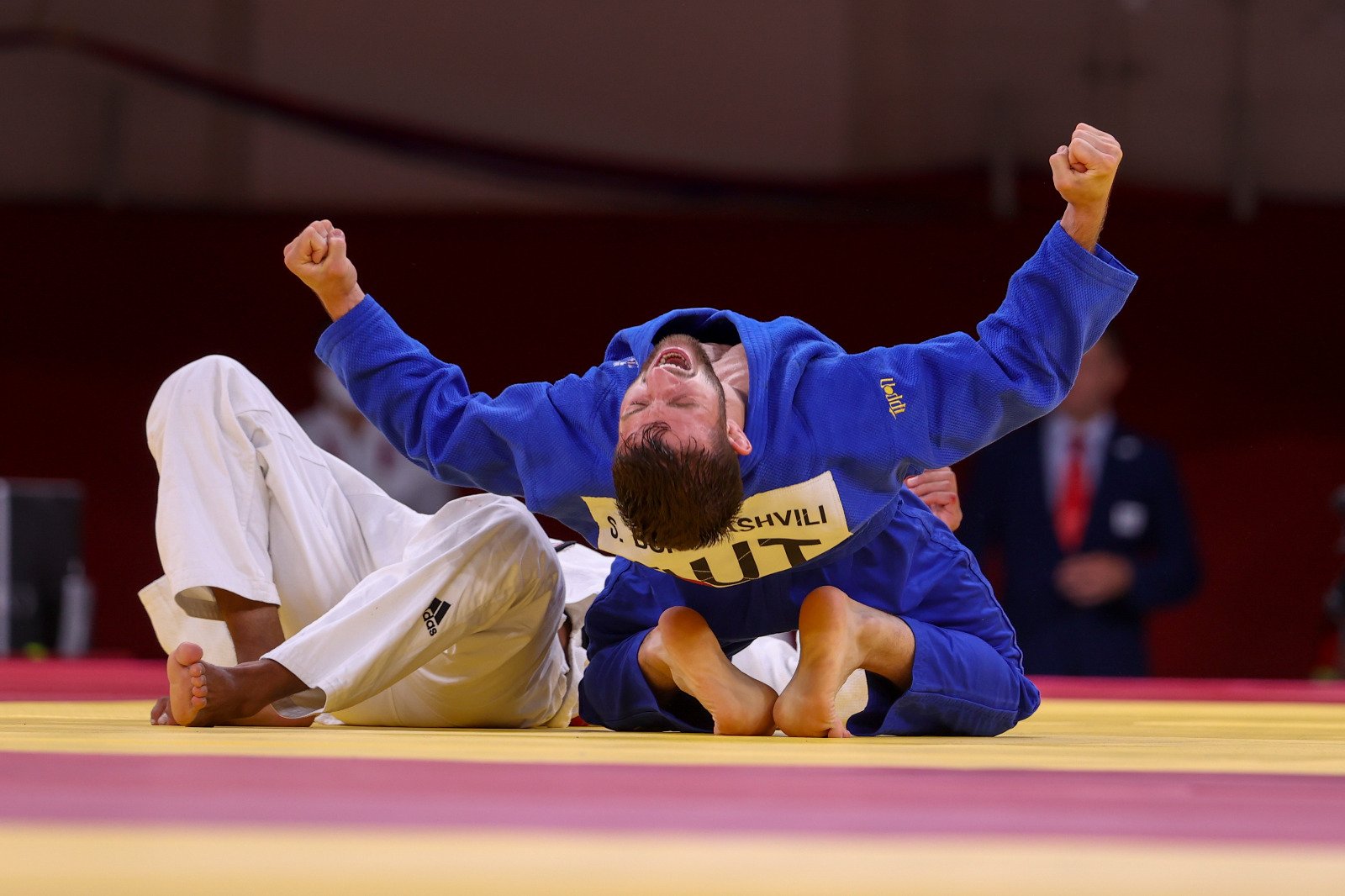 We are now at the midway point of individual competition and the excitement continues with shock losses in the preliminary rounds including the early exit of Japan’s hope in the -63kg category at the hands of Agata OZDOBA-BLACH (POL). This is judo.

The favourite to win in todays women’s category is Clarisse AGBEGNENOU (FRA) and so far is showing signs that day four in the Olympic Games will turn out the same as any other competitions we’ve seen her in, with the Frenchwoman atop of the podium.

The quarter-final against Juul FRANSSEN (NED) wasn’t going to be an easy one with both athletes very experienced and knowing each other extremely well but it was a waza ari score that separated them and put Agbegnenou in to the semi. The only non-European who earned a semi-final place is Catherine BEAUCHEMIN-PINARD (CAN) who will battle Agebegnenou for the chance to compete for gold.

Reigning Olympic champion, Tina TRSTENJAK (SLO) came slightly undone in her quarter-final against Anriquelis BARRIOS (VEN), who put a score on the board in under 30 seconds. It may have taken some time but the Slovenian managed to even the score with a drop seoi nage. It turned in to a golden score affair and at 3.13 Trstenjak managed a second score to ensure her place in the semi-final.

The last semi-finalist who took her place against Trstenjak in the final block was world ranked #27 Maria CENTRACCHIO (ITA). She mightn’t have had the best run up to the Olympics but she was sure turning it around today. In that quarter it seemed like a domino effect was occurring in the top half, Lucy RENSHALL (GBR) losing out to TASHIRO Miku (JPN) who then lost out to Ozdoba-Blach and now, the Italian was ending the Polish athletes journey to gold.

In the men’s -81kg category, we saw the early exits of world bronze medallist Ari EGUTIDZE (POR), 2019 world champion, Sagi MUKI (ISR) and current European champion, Vedat ALBAYRAK (TUR), demonstrating just how tough it was in the preliminaries. The Russian Olympic Committee team haven’t had the best start to this tournament, however Alan KHUBETSOV turned it around for them making it to the quarter final against Matthias CASSE (BEL).

Despite a brilliant performance, the ROC representative was forced in to the repechage after picking up three penalties against the current world champion Casse.

After a tremendous morning it was an unfortunate golden score end for Dominic RESSEL (GER) against NAGASE Takanori (JPN), the German will now face Khubetsov in the repechage.

The real story of the preliminaries is world ranked #22 Shamil BORCHASHVILI (AUT). The Austrian’s best result is a silver medal in this years Tbilisi Grand Slam and it seems now he is destined for an Olympic result, seeing out Egutidze, Muki and finally Sharofiddin BOLTABOEV (UZB) for a place in the semi-final. The pair were evenly matched in the quarter-final, waiting for the perfect moment and it wasn’t until over two minutes in to golden score when Borchashvili placed a waza ari on the board with kata guruma.

Tato GRIGALASHVILI (GEO) was steaming through this contests this morning, and his explosive judo earned him an early first score against 2018 world champion Saeid MOLLAEI (MGL). The sheer strength of Mollaei allowed him to even the score. Following an attack from the Georgian, Mollaei celebrated, Grigalashvili completely unaware that he had been countered and was gutted as he realised he lost his quarter and was sent to the repechage against Boltaboev.