DAY OF FIRSTS FOR EUROPEAN MEDALLISTS IN TASHKENT 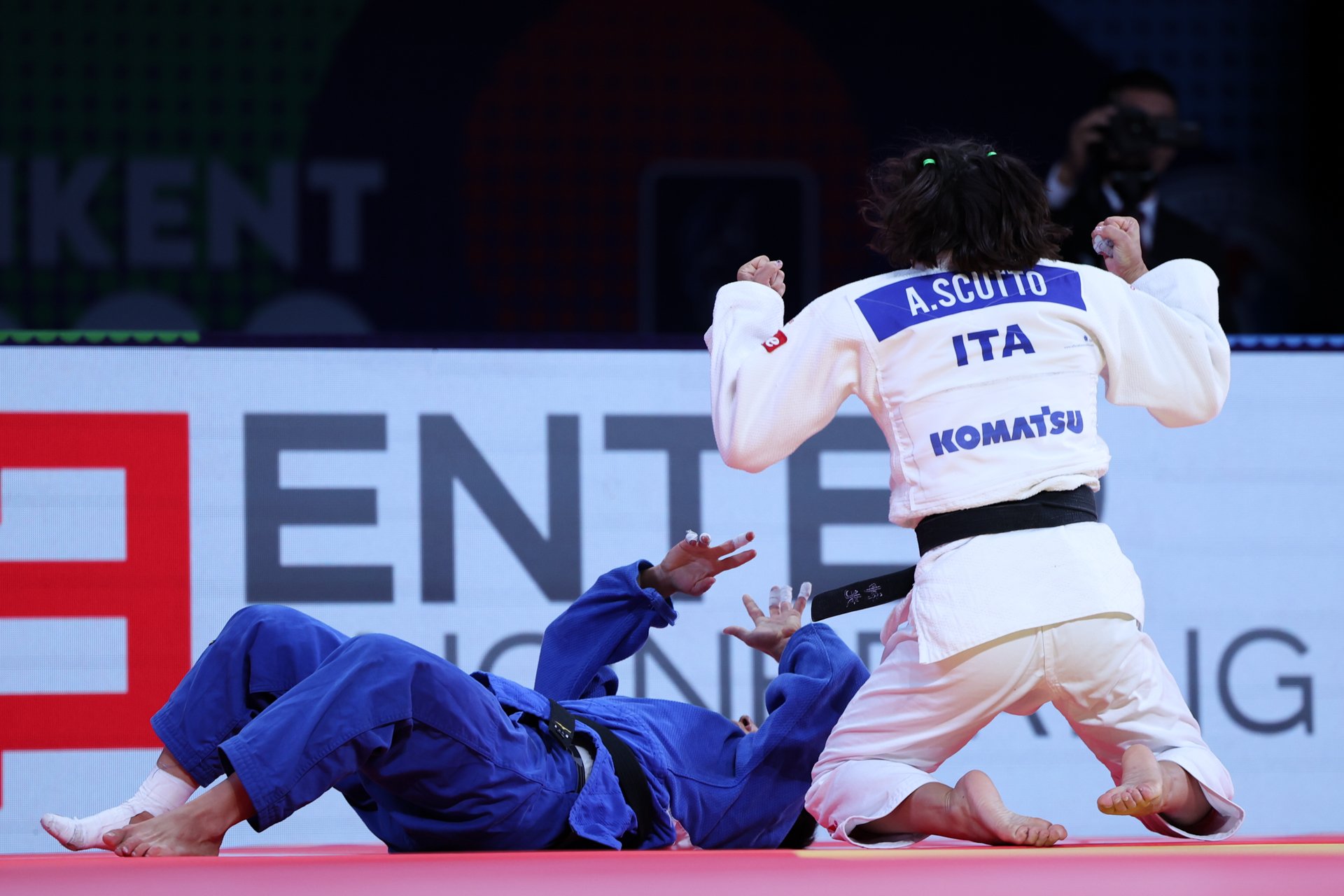 Opening the final block on day one of the senior world championships 2022 was an all-European bout between the 2021 world bronze medallist, Julia FIGUEROA (ESP) and 2021 junior world champion Assunta SCUTTO (ITA).

Scutto also took a junior world silver this year in Ecuador and has proven herself on the senior circuit already with grand slam achievements in the -48kg category but this was the 20 year-old’s first attempt at a senior world medal. Figueroa has significantly more experience than the Italian but the youngster was hungry today, defeating one of the top four, Shira RISHONY (ISR) in her opening round.

Just over half way through the contest, and after accumulating two shidos, Scutto managed to score with waza ari and then again countering the Spanish athlete’s ashi guruma, securing her first world medal as a senior.

Katharina MENZ (GER) fought her way in to her first world final and took her first world medal, a silver against the 2021 world champion who was able to continue her reign, TSUNODA Natsumi (JPN). In her preliminaries, Menz was incredibly strong and surprised the arena with a win against one of the top seeded athletes and medal hope for Portugal, Catarina COSTA. After this opening, there was no stopping the German, who went on to collect wins against Francesca MILANI (ITA), Mary Dee VARGAS LEY (CHI) and Figueroa. Though the final didn’t go her way, this is the 31 year-old’s best result of her career and what a day it was.

Yam WOLCZAK (ISR) was yet another surprise to come through in the -60kg category. The 19 year-old took bronze recently in the junior European championships but was on top form today, knocking out number four seed and 2019 world champion, Lukhumi CHKHVIMIANI (GEO) following a convincing defeat of Adonis DIAZ (USA). Losing out to the host nations, Dilshodbek BARATOV (UZB) in the quarter final he had to bring himself back through the repechage to battle Olympic silver medallist Yung Wei YANG (TPE) for bronze. It was a bitter sweet ending after a tremendous day, but a 5th place was taken and plenty of experience for the young Israeli.