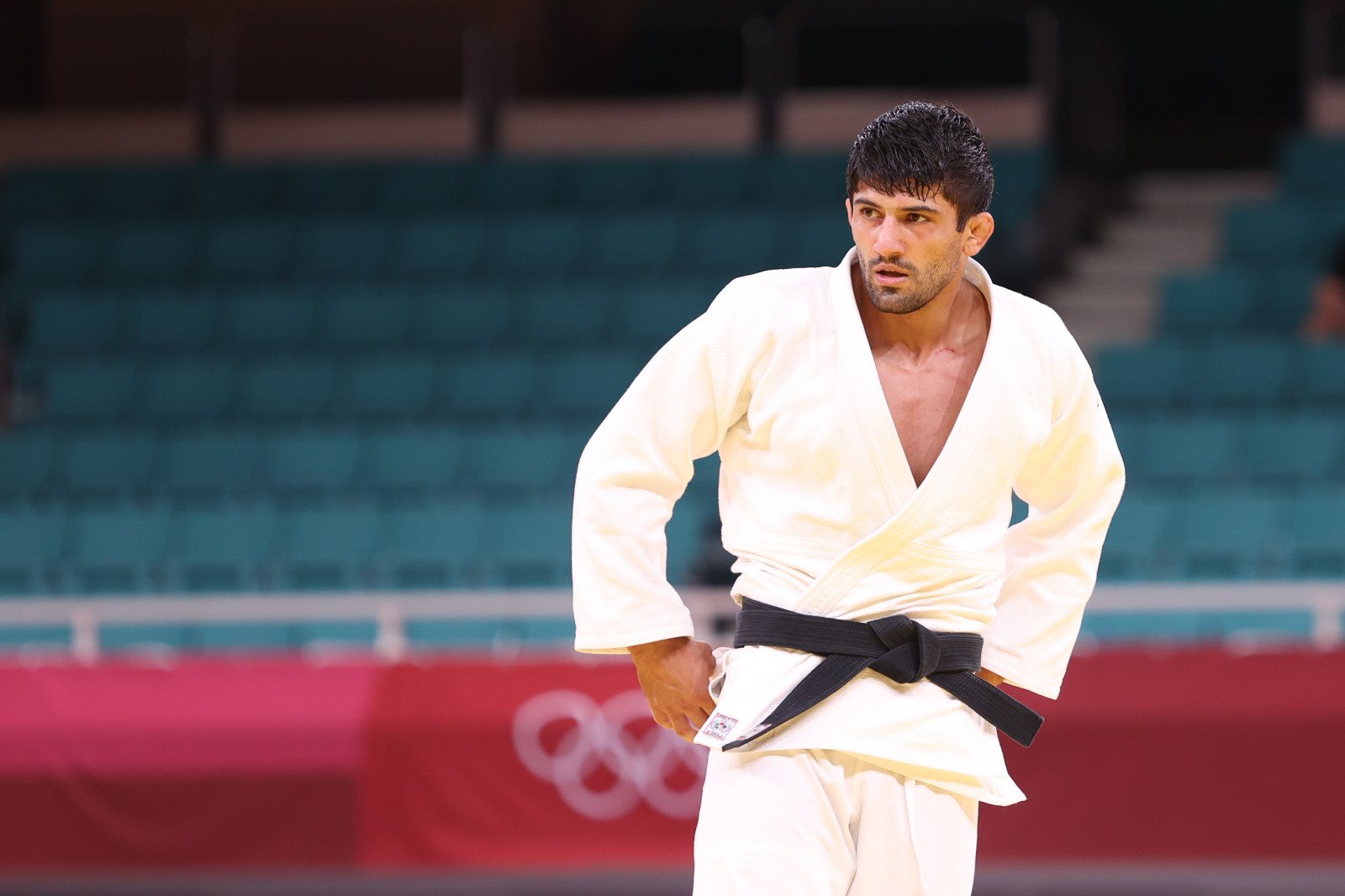 For the -57kg category, the seeding has worked as intended, as the top four; Jessica KLIMKAIT (CAN), Sarah Leonie CYSIQUE (FRA), YOSHIDA Tsukasa (JPN) and Nora GJAKOVA (KOS) made it through to the semi-final positions.

It was a close one between Cysique and her European challenger Eteri LIPARTELIANI (GEO) with both scoring waza ari in the first four minutes and the contest being decided in golden score. For Gjakova however it was a score on the board just after two minutes but the contest ended in sangaku for the Kosovo representative with 30 seconds left on the clock. 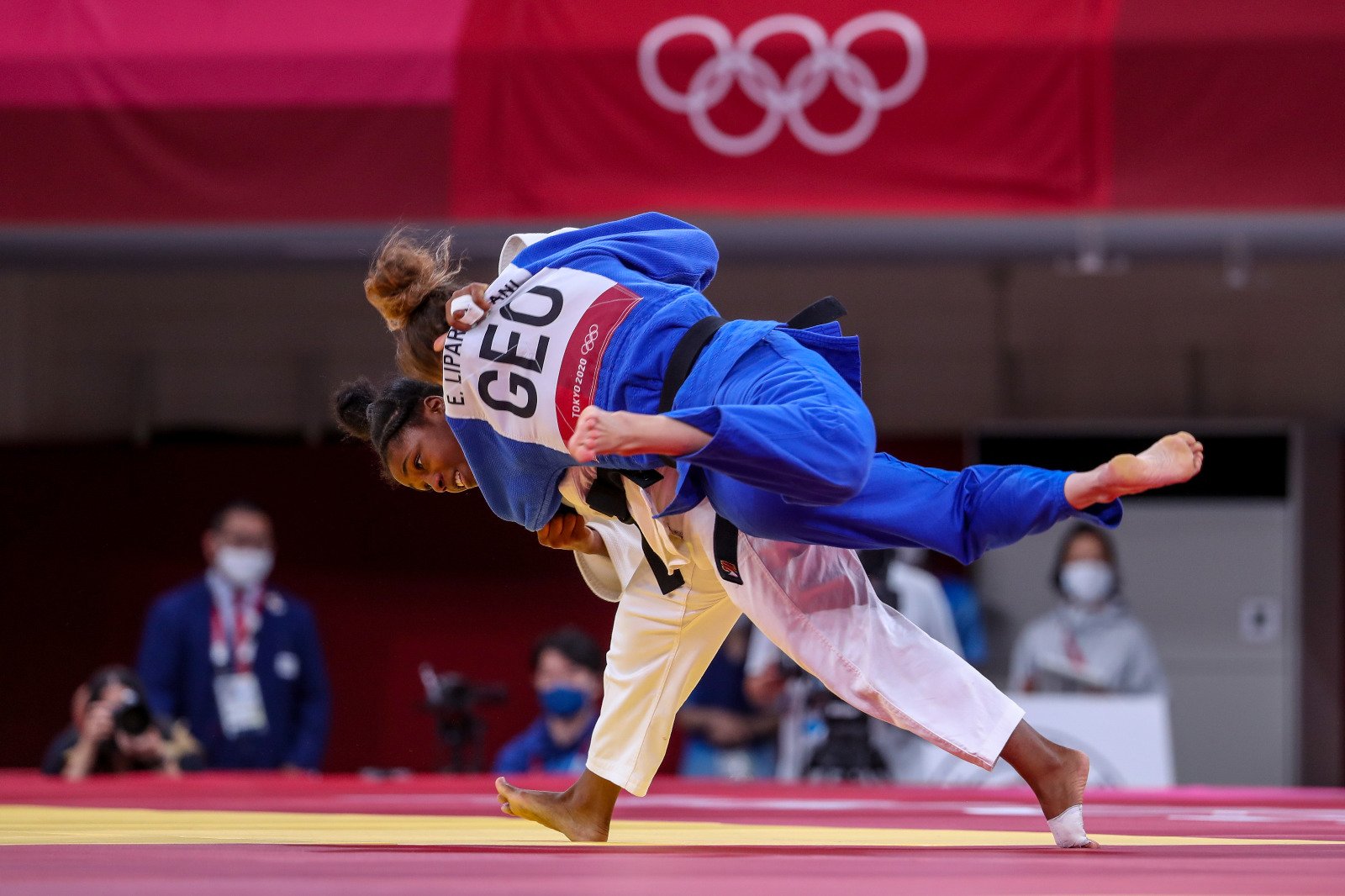 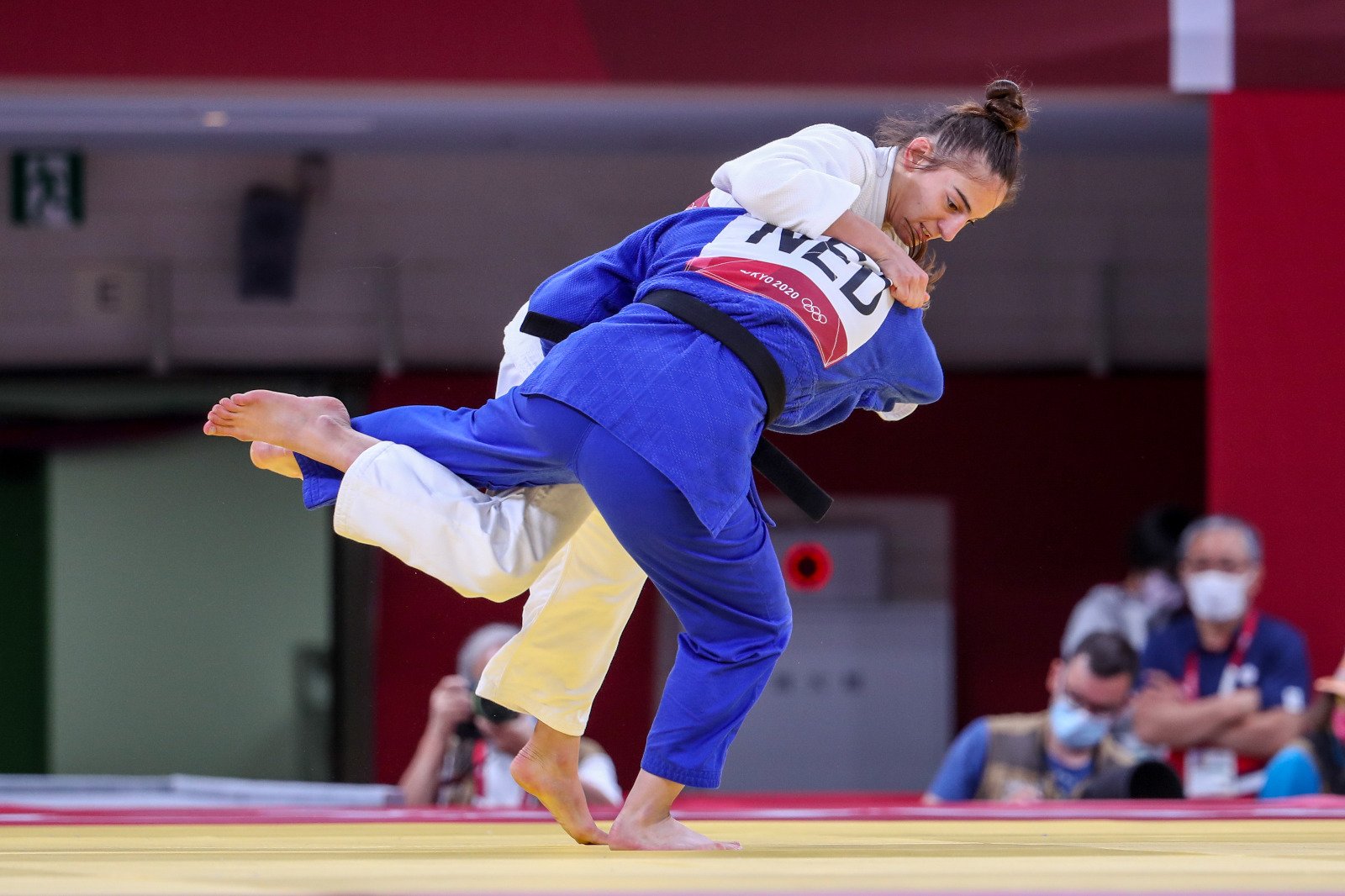 This means that the repechage contests will be an all-European event with Julia KOWALCZYK (POL) competing against Liparteliani and Timna NELSON LEVY (ISR) will face Kaja KAJZER (SLO) for a place in the bronze fight.

Rustam ORUJOV (AZE) came in as the number one seed in the -73kg category but was unlucky in the draw as his Olympic final was relived against the unseeded 2016 Olympic champion, ONO Shohei (JPN) and was sent in to the repechage.

Next up was the Gjakova sibling, Akil, whose quarter-final against TSEND-OCHIR Tsogtbaatar (MGL) didn’t go to plan. The pair went head to head in to golden score but the Mongolian clinched a waza ari to put him in the semi-final against Ono.

Luck changed for Europe with current world champion, Lasha SHAVDATUASHVILI (GEO) who after a toiling six minutes and twenty seconds, scored ippon with o-soto agri and put himself in the semi-final.

Asia stepped up in the form of AN Changrim (KOR) for the contest of the preliminaries. Tohar BUTBUL (ISR) unable to execute a point scoring technique, even as they blundered in to golden score. The pair so evenly matched it looked like it may go on penalties but it was swift ashi waza from An that claimed the win.