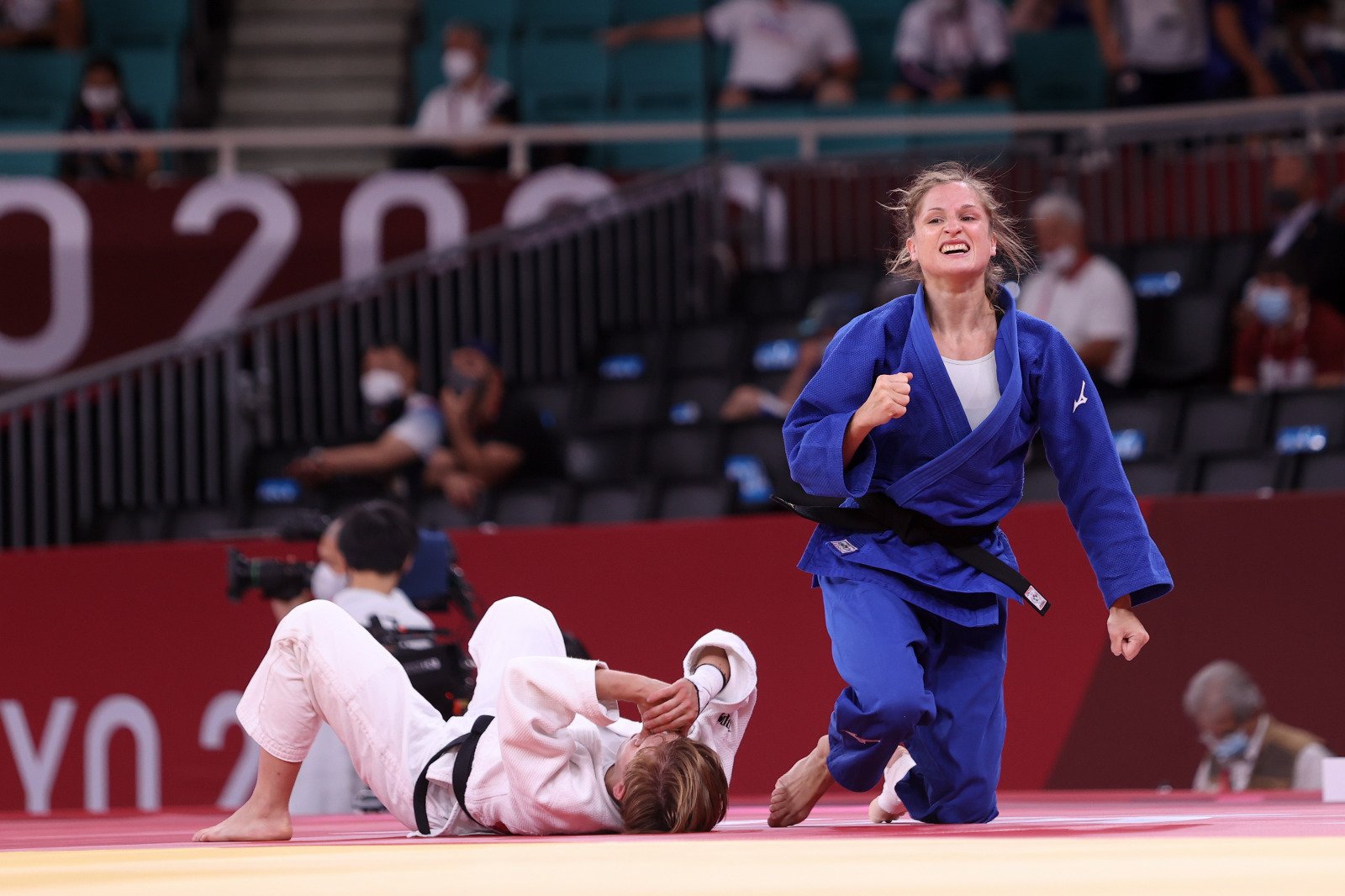 Europe have once again had a tremendous day so far in the -52kg and -66kg category, with three of the four semi finalists hailing from the continent in the women’s category and one in the men’s but 10 athletes altogether in the final block.

As per expected in the Olympic Games there were some shock early exits, from the likes of 2016 Olympic champion Majlinda KELMENDI (KOS) at the hands of PUPP Reka (HUN) who we will see in the repechage.

The all-European semi-final will be between #1 seed Amandine BUCHARD (FRA) and 2021 world bronze medallist, Fabienne KOCHER (SUI). Both have been on top form this morning, the latter starting her day strong by revisiting her world championship semi-final against Ana PEREZ BOX (ESP), only this time making sure she was on the winning side.

On the other side of the draw it is 2016 Olympic silver medallist Odette GIUFFRIDA (ITA) who has made her way through to the semi, she didn’t appear her usual self, but clearly this mattered little as her determination still brought her out in the lead to compete against ABE Uta (JPN) for a place in the final.

In the repechage, Pupp will compete against PARK Da-Sol (KOR) and Chelsie GILES (GBR) who was gave Abe a good run for her money will be up against Charline VAN SNICK (BEL) who was unlucky in the final seconds against Giuffrida.

Europe haven’t been so fortunate in the men’s with only one making it to a semi final contest, Vazha MARGVELASHVILI (GEO).

It was a tough fought semi-final between Vazha MARGVELASHVILI (GEO) and Baruch SHMAILOV (ISR), but an early sumi-gaeshi that put the first score on the board for the Georgian. It was a reasonably even contest but the control came from Margvelashvili.

Though unlucky in their quarter-final rounds, still in with a chance at a medal are #1 seed, Manuel LOMBARDO (ITA), 2018 European champion Adrian GOMBOC (SLO) and IJF Masters silver medallist, Shmailov.