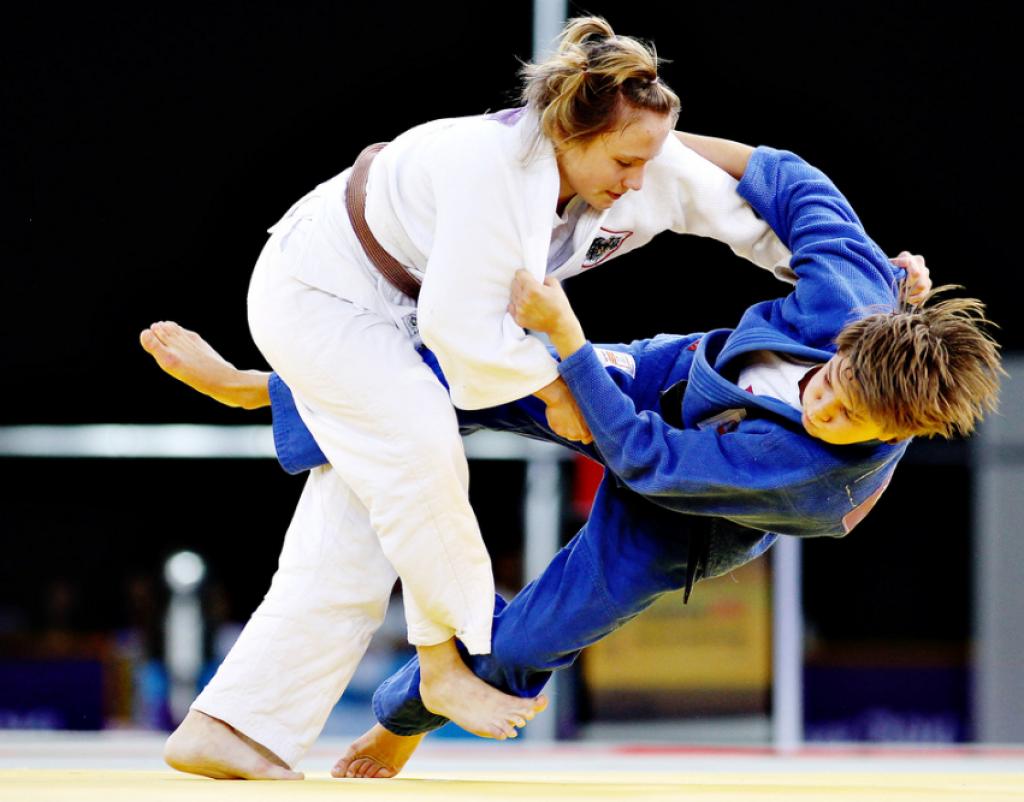 A daunting training regime helped to earn American Katelyn Bouyssou a gold medal in the girls -52kg judo on Sunday and secured the USA’s 100 per cent success rate in judo events at the Youth Olympic Games.

Sixteen-year-old Bouyssou, who took up judo 10 years ago, attributes her success to a training schedule that once included 1,000 push-ups every day.

“I don’t do as many now,” she said. “My doctor told me to slow down because it’s bad for my joints.

“But every single day I’m training. I also do cross training and wrestling. I wrestle boys and I think that’s helped me to fight girls. I lift weights and heaps of other stuff. My rule is that I need to do three or four things each day to try and improve my judo. I always need to keep getting better.”

Bouyssou, who shares the family home in Rhode Island with 12 siblings, was coached by her father Serge.

“The whole time they (my family) have been there for me, no matter what,” she said.

Paying tribute to Bouyssou’s power, silver medallist Dmitrieva, 17, said: “She was probably physically stronger than me. I have never fought against her and now I can’t wait for next time to take revenge.

“I did not really hope to make it through to the final and instead aimed to get bronze.

“They say that second place is worse than finishing third because if you get silver, it means that you lose your last fight. Now I can say that it is true, indeed.”

Austrian Huck (pictured) who was third at the World U17 Championships said: “I never expected to win a medal, so I feel just great.”