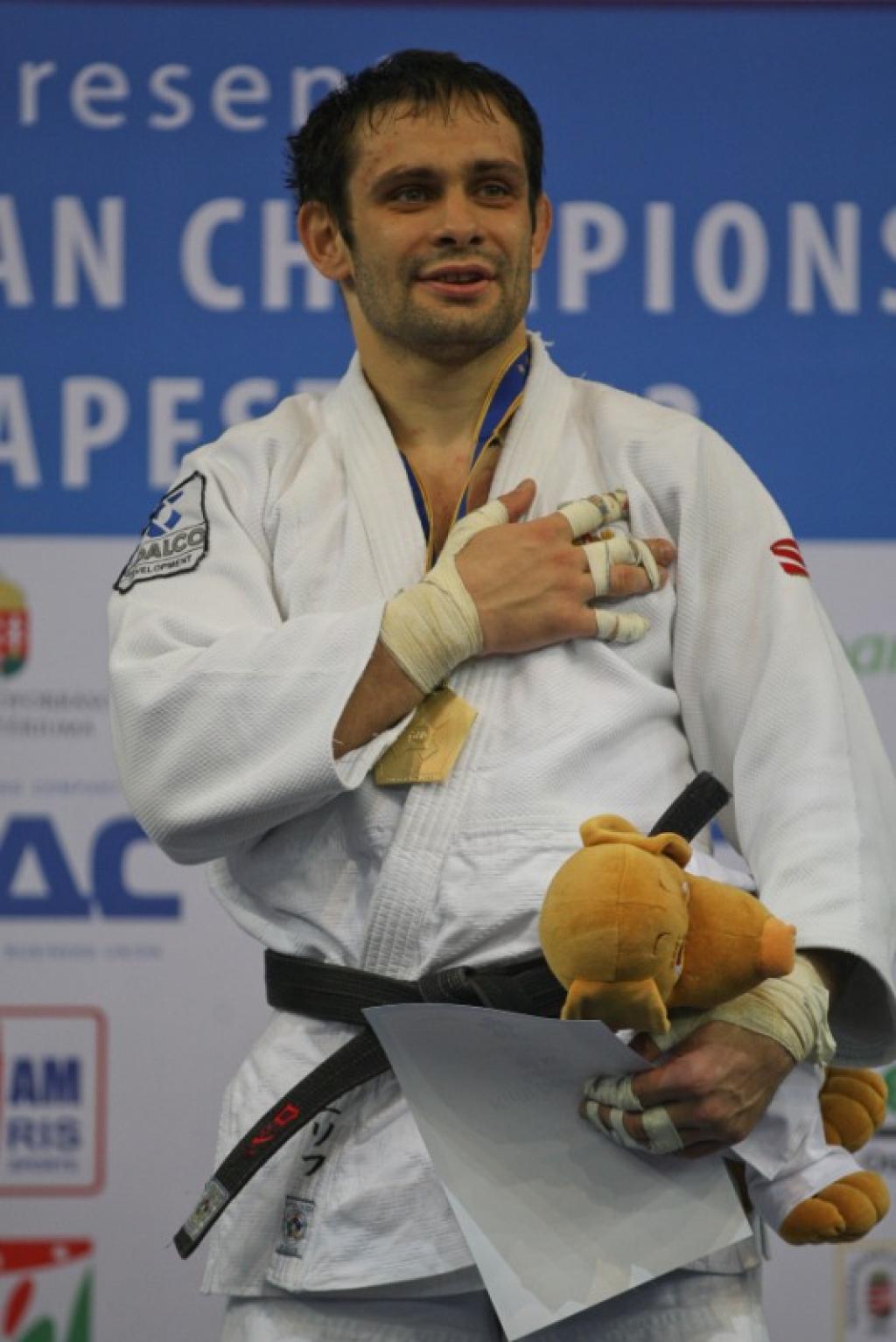 Kirill Denisov has won the first European title in his career. The Russian would almost get used to a second place after being ranked second at the Europeans in 2011 and becoming vice world champion in 2011. But Denisov didn’t let go his ambitions to take the European title for the first time. In the final he had a tough opponent in Varlam Liparteliani, the reigning European Champion. It was Liparteliani to open the match with a yuko but Denisov came back in the match with a yuko as well. In 2011 Denisov had lost the final in 2011 against Iliadis, but also Liparteliani had lost two European finals, in 2009 and 2010 but won the title last year.

In the fourth minute Liparteliani reached oseikomi but Denisov escaped without a score. Fourty seconds before it was Denisov to score and lead for the first time. He could defend his golden way and became the first male Russian European Champion this edition. The 25-year old Denisov was the number five of the 2012 Olympic Games but was not expected to claim the title here although he belongs to the top. But this category had a close field and a number of surprises. Or Denisov it wasn’t a surprise.

In the bronze final U90kg Karolis Bauza took a medal for Lithuania. It was his second European medal, in 2009 he won bronze too. It’s the fifth ever medal for Lithuania, all men. Bauza lost his quarter final against Varlam Liparteliani but beat Walter Facente (ITA) in the repechage. In the bronze final he defeated German judoka Marc Odenthal who had an excellent day in this tough category. Odenthal was the winner of a pool with Ilias Iliadis who lost his first fight against Aleksander Marmeljuk (EST). The Estonia was defeated by Odenthal who was also able to overcome Celio Dias (POR). In the semi final he lost to the later winner Kirill Denisov, but lost to Bauza.

In the second bronze final it was a tight match between Russian Kirill Voprosov against the Serbian Aleksander Kukolj. Voprosov in the end scored the decisive point to reach the bronze, in that moment only the second medal for the Russian men. Kirill Denisov though won the second medal, so a choice worth while to select two judoka in this category U90kg.

Winner Kirill Denisov (RUS) said: This is my first title. I had medals before but it never was enough for gold. I felt good all day, I did well in all my matches, but this is when you get nervous sometimes. My best match was in the final, because Liparteliani is an old opponent.

Varlam Liparteliani (GEO), silver: I didn’t feel so good here. I have a problem with my left hand and I need it have examined when I get home. I will start training for Worlds once I get home. I had my chance in the final, and it was my mistake that I lost. That is why I am so sad now.

Karolis Bauza (LTU), bronze: I performed very well today. All my matches were good, and the last one was the best.

Kirill Voprosov (RUS), bronze: It’s positive to have won the bronze medal. I was upset to lose in the semifinal, but my coach motivated me. He told me ‘you have to win this one’. My best matches were actually at home. I prepared very well in the past two months. I could have done better here. I think the problem was in my head.