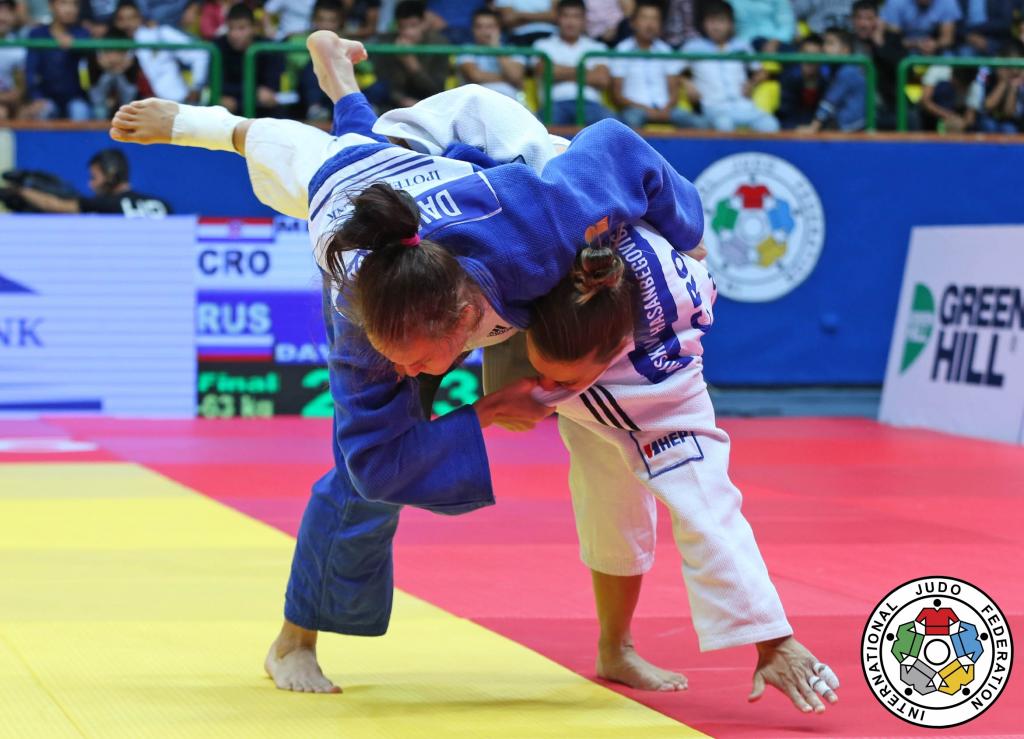 Success does not come easily, nor are champions made overnight. But it would appear that whatever it was that convinced the Russians to invest in Daria DAVYDOVA (RUS) has finally paid off. This was Davydova’s seventh attempt at securing a Grand Prix medal, a goal that began for the 25-year old Russian back in 2009 whilst competing at -70kg. That plan changed late last year when Davydova made the somewhat unusual move down a category to settle at -63kg. A string of good performances has seen Davydova make steady progress up the IJF World ranking List, to the point where coming into this event she was seeded number two.

After the benefit of a first round bye, Davydova began her day in earnest with a win by ippon over Gulnoza ZIYAEVA (UZB). In the semifinal Davydova faced a second Uzbek opponent this time in the shape of Mukhayyo IBRAGIMOVA (UZB). The contest went the distance but a score of waza ari by Davydova was sufficient to put the Russian into the final where she faced Mariana MISKOVIC-HASANBEGOVIC (CRO). The pair had faced one another once previously in the first round of the 2015 Tyumen Grand Slam when Davydova had made her move to -63kg. On that occasion the Croatian had come out as winner. But here in Tashkent the Russian proved that she had settled well into her new weight and it was Miskovic-Hasanbegovic who, having been thrown for waza ari, had to settle for second place whilst Davydova secured a first Grand Prix medal and a gold one at that.