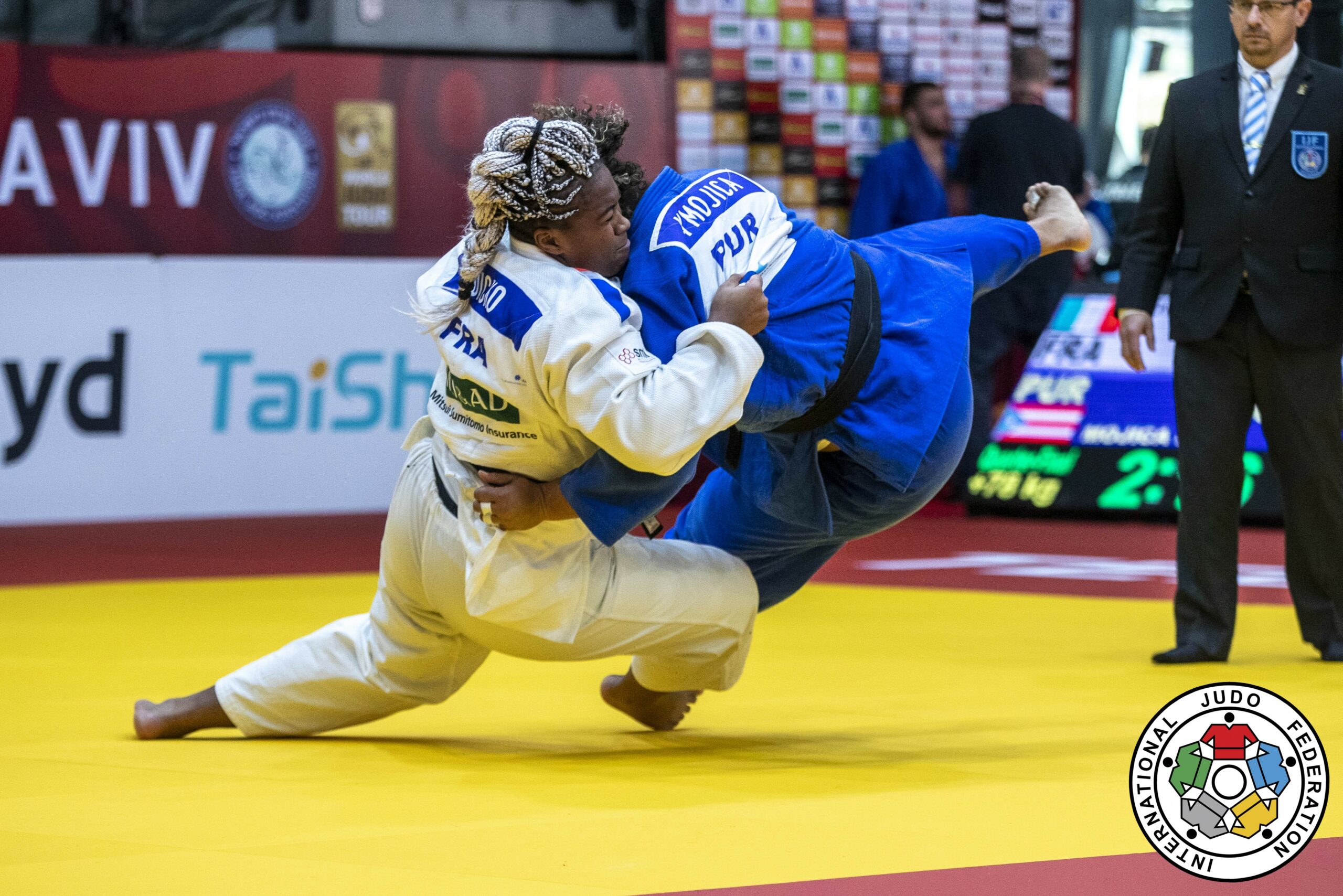 The third and final day of competition at the Tel Aviv Grand Slam saw Romane DICKO (FRA) take the gold medal in the +78kg category. In a powerful and commanding display Dicko continued where she left off at the Doha Masters last month to pick up her second Grand Slam gold.

Not since the days of TONG Wen (CHN) has the category seen someone with such dominance, movement and throwing skills. It is quite remarkable that within the past 12 months Dicko has made such rapid progress (although if truth be told one could say that we’d seen glimpses of things to come prior to her injury). Mercifully for Dicko (and thankfully for the category) she appears to have made a full recovery and looks every bit the champion.

None of Dicko’s opponents from the Doha Masters were in Tel Aviv, and so it was that the Frenchwoman faced a fresh set of opponents. Not however number one seed Maria Suelen ALTHEMAN (BRA) who lost in the semi-final to Rochele NUNES (POR) postponing that particular match up for another day. There were however three new challenges for Dicko. The first of these was Sara ALVAREZ (ESP) whom Dicko threw with makikomi then held with kuzure kesagatame. Next up was Melissa MOJICA (PUR) whom Dicko threw first with tani otoshi for waza ari then seconds later with a crunching harai goshi for ippon.

Dicko’s semi-final opponent, Maryna SLUTSKAYA (BLR) was no stranger to her, the pair having squared-off on four previous occasions with Dicko leading the series 3-1. Perhaps sensing that Dicko was in the mood for throwing, Slutskaya adopted an avoidance strategy that, whilst keeping Dicko from throwing her, resulted in the Belarussian collecting three shidos for passivity in what was truly a forgettable encounter. And so, in the final, Dicko faced Nunes, conqueror of Altheman. This too was a contest to forget, but only for Nunes, as Dicko with her very first attack powered her way past the defence of Nunes to throw the Portuguese with makikomi for waza ari then in trademark fashion hold her opponent with kuzure kesagatame for waza ari awasete ippon.