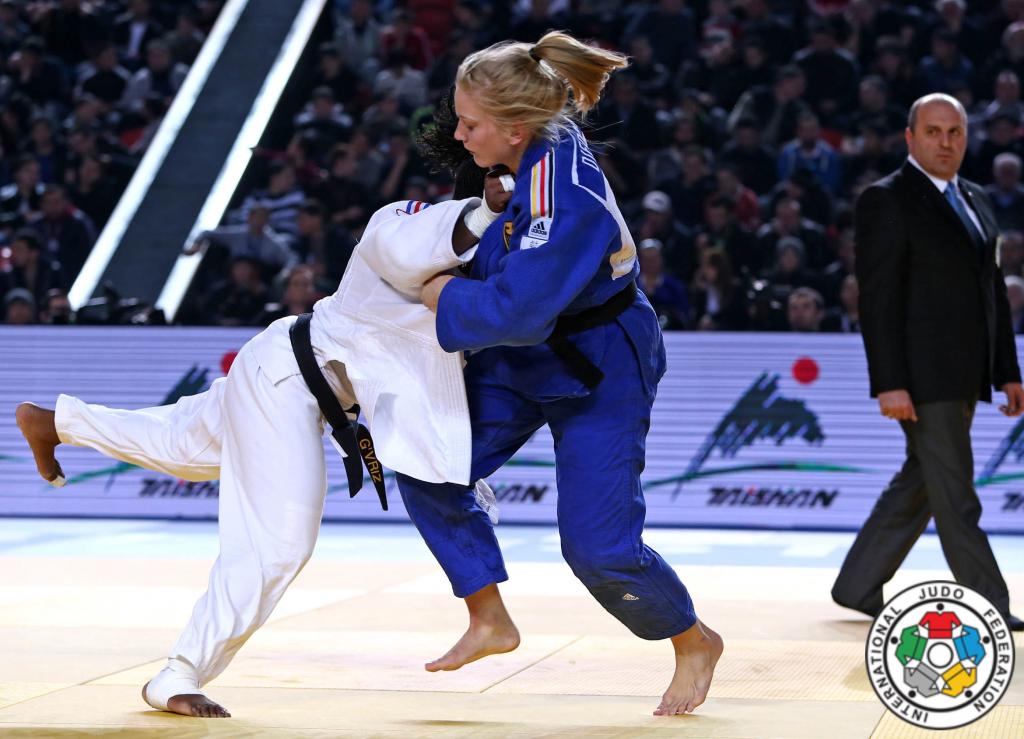 Coming into the tournament ranked number 24 on the IJF World Ranking List Germany’s Szaundra Diedrich took all of 24 seconds in her opening contest to secure ippon with shime waza against unknown Valida Mirzazada AZE. Next up was Alena Prokopenko RUS but Diedrich was in no mood for staying on the mat long and secured ippon with a second shime waza in under a minute. In her semi final things became a good deal more difficult when Diedrich faced double junior world champion Barbara Matic CRO. A single yuko was enough to give Diedrich a place in the final. “Against Barbara Matic I knew that it would be a hard battle. I remember her from our time in the juniors. We’ve fought a few times against each other. For example I lost to her at the Junior World Championships in 2013. This time I won. Today before I went to the mat I knew that I could do it. I felt in good condition and that a win for me was possible,” said Diedrich. The final may yet be seen as a turning point as it matched the 21 year old German against the vastly more experienced and hugely accomplished Gevrise Emane FRA. “I expected the final fight against Gevrise to be hard. I’d lost to her three times in the past, the last time was at the Grand Slam in Tokyo where we went into Golden Score. So I knew that I was not that far away from her. Today I managed to get past her for the first time,” said Diedrich. When asked about the future Diedrich appeared in good spirits and said “In my category in Germany there are two other fighters, both above me, so I guess my win here will bring them some pressure and even annoy them a little bit. I actually like to play that role, to be honest.”