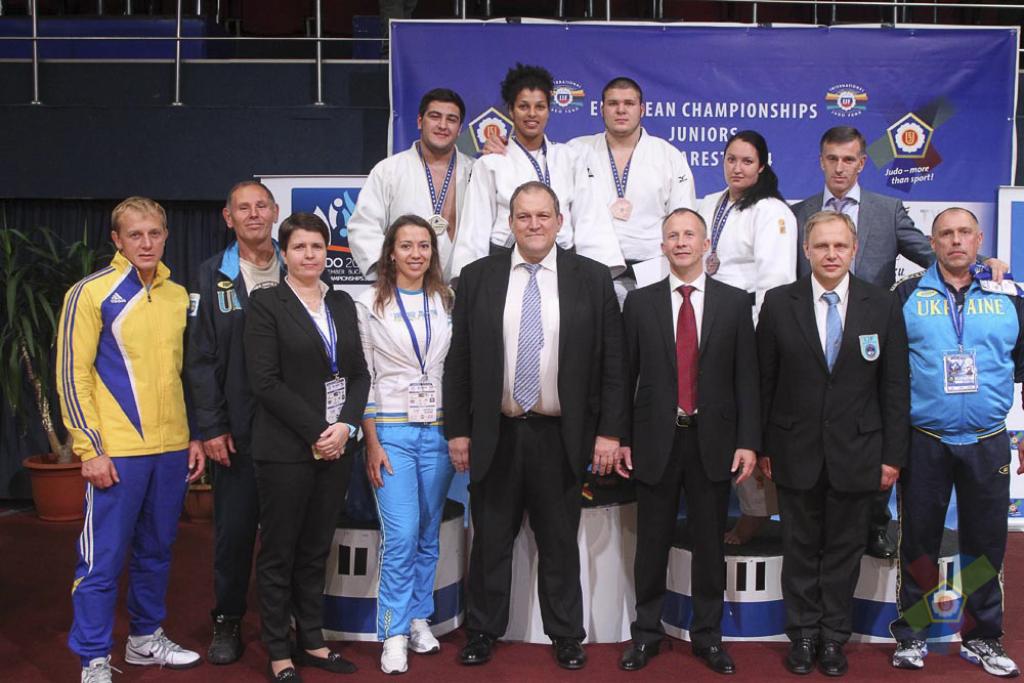 At the moment it isn’t an easy situation for the Ukrainian team. Despite that fact they ended up with the second place in the medal ranking. Two times Gold – Anastasiya Turchyn -78kg and Yakiv Khammo +100kg and three times Bronze: Anastasiia Sapsai +78kg, Dmytro Raskin -66kg and Sergiy Zveryev +100kg.
The President of the European Judo Union, Sergey Soloveychik, congratulated them and encouraged in these difficult times. Also Oleksandr Nagibin, the EJU Marketing Director thanked the European Judo Union for the support on behalf of the Ukrainian team.