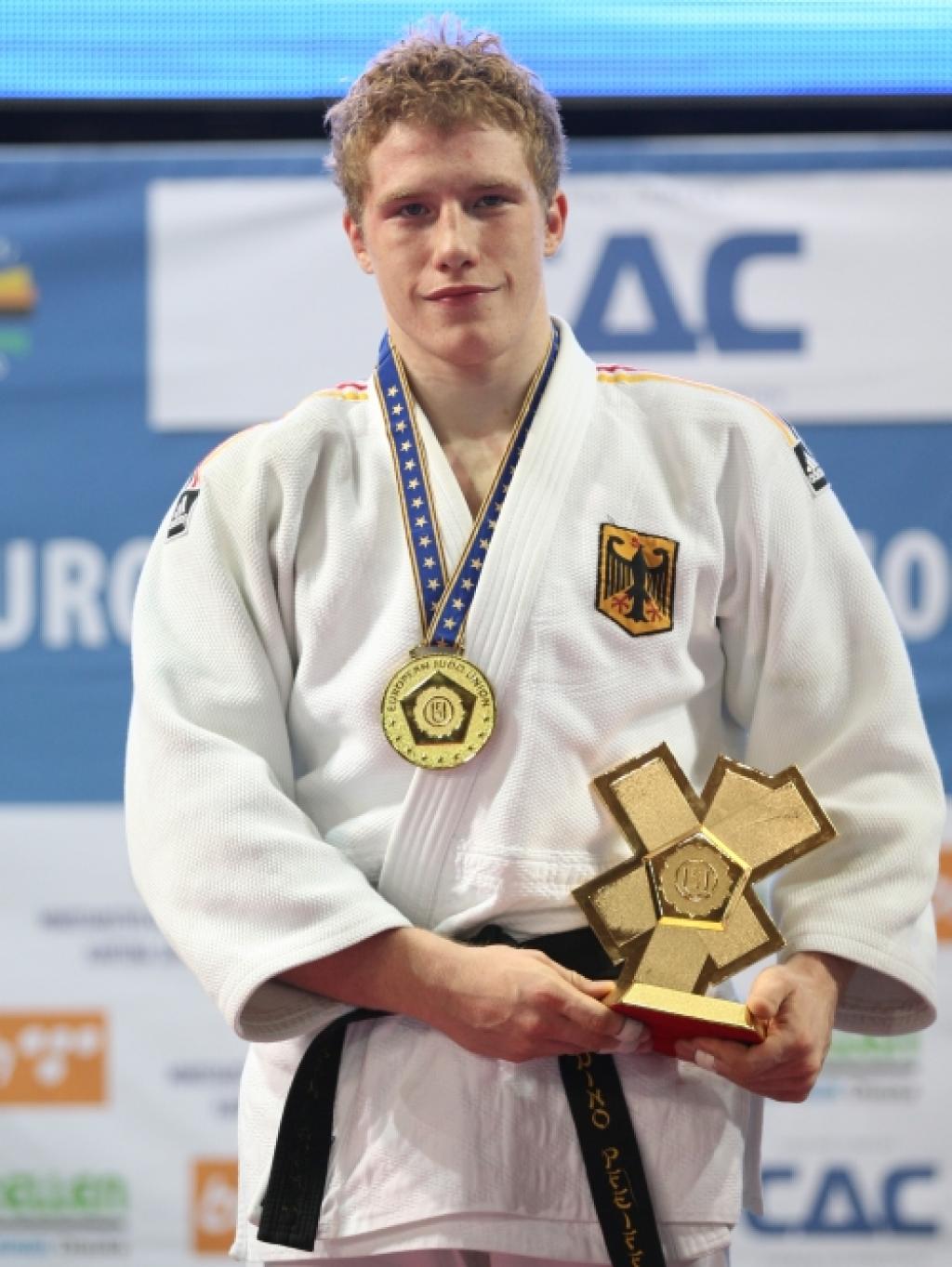 Dino Pfeiffer made a good jump today. Last year he was left with empty hand in Antalya after finishing fifth, on Sunday he won the European U23 title in Sarajevo.
In his final against Polish Tomasz Domanski he took the lead after one minute. Although Domanski wasn’t able to score, Pfeiffer was looking for the opening. In the last second, when in fact the title was already in his reach, he scored an ippon.
22-Year old Pfeiffer was runner-up at the European U20 Championships in 2007 and since than he was able to make some good results in the senior division. But three weeks ago he won his first European Cup. In Boras he won the Swedish Open where Domanski finished fifth, although they didn’t fight each other in Boras.

Last year 20-year old Domanski was runner up at the European U20 Championships and has a great future, if he can adjust to the level of the seniors. His final in Sarajevo was a good test that he is able to measure with the best.

Dino Pfeiffer won the 11th gold U23 medal for Germany and was the successor of Dimitri Peters who won the title in this category in 2005.
With his win he contributed to get Germany back in the top of the medal tally. Russia won two finals, but lost three. Germany passed Russia later in the medal tally.

Razmik Tonoyan of the Ukraine won prolonged his bronze medal of last year. In the bronze final he defeated Elmar Gasimov (AZE) who the number seven of the senior World Championships in Tokyo.
Turkish Feyyaz Yacizi is in a good form. After winning bronze last month at the World Junior Championships, he now European bronze U23. In the golden score he defeated Stanislav Cernega of Moldova, the winner of the European Cup in Hamburg.