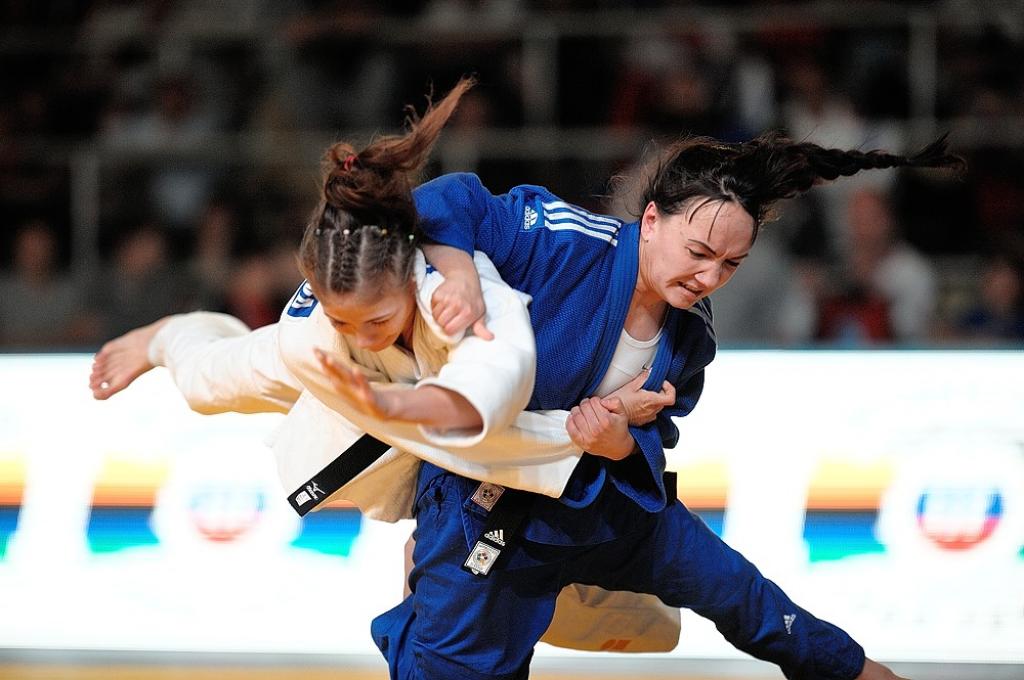 The first day of the European Judo Cup is finished. «The organization of the tournament is excellent. Last year, there were also good, but not so like this time. Organizers did everything to be perfect “, the winner in the weight category under 60kg Savva Karakizidi shared his impressions.

The winner Anna Dmitrieva said:”This is my first international competition in the weight category 52kg, before I acted only 48kg. Each fight was very heavy. Mentaly it was difficult, knowing that at 52kg girls are physically stronger. I tried to do everything that my coach told me before the fights: «You have to fight until the end. If you do not hear the mate from the referee – don’t stop fighting, unless you succeedes». I think it helped me to win today».

The most dramatic final of the men was in the category under 73kg. The Russian Imranbek Gabasov, who lost by yuko against Arthur Clergert – 15 seconds before the end of the fight. Imranbek: «I knew the opponent very well. Previously, he was fighting in the category under 66kg. So I saw his fights at the European Cup in Lyon. Today, I thought that I could win, but my opponent was physically stronger, I was simply underestimated”. Arthur said that for him it is long-awaited victory. “I am now in Orenburg for the sixth time. Now I am glad to stay at the training camp. There is a lot to learn.”

The sportsman from France Kevin Azema won the gold medal in the weight category under 66kg in the final against Russian fighter Isa Isayev. After the ceremony, Kevin said, he was very happy to win: “It’s my first victory at an European Cup. I was very pleased that my national anthem was played in Orenburg.