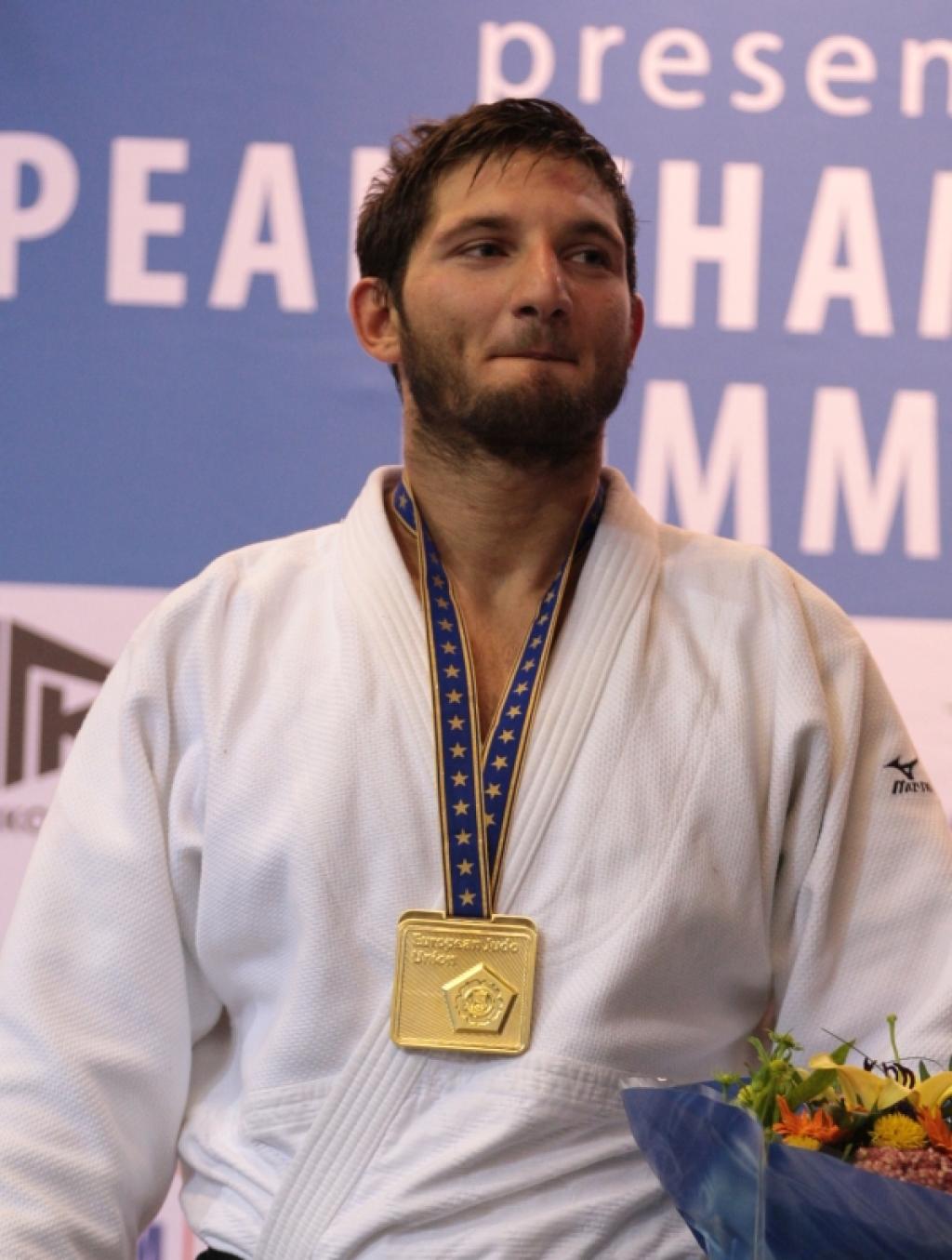 Italian Domenico Di Guida was crowned European Champion U100kg.
In the final he defeated Feyyaz Yazici of Turkey by two yukos.
For Di Guida this was already his third European medal after he won bronze in 2009 and 2010. Last year he also won bronze at the U23 Europeans.
Today he defeated Belgian favourite Toma Nikiforov in the semi final in a tough fight.
This year Di Guida won the U20 and U23 title in his country but couldn’t impress as expected at the European Cups. But today his experience paid out.

The final against Yazici was heavy though. Both fighters couldn’t score in the first three minutes but Yazici got two warnings. Yazici who’s head was completely taped, had three stitches close to his chin due to an injury in the semi final against Jorge Fonseca (POR).

Another big favourite who was excellent in the pre-season was Andras Kaszas of Hungary who won bronze today when he defeated Ismail Urusov of Russia by ippon.
Toma Nikiforov set the Souverein hall on fire when he scored ippon against semi finallst Jorge Fonseca of Portugal and celebrated that joy with the fanatic homecrowd. Whether it’s the European Senior Championships in Oostende or the European Junior Championships in Lommel, the crowd is still able to make noise and enjoy the medals for the home fighters.
Nice for his father to see his son’s success for the homecrowd. His father, orginally from Bulgaria was European Veterans Champions previously.

Traditionally Italy takes it’s gold medal in this age category. Last year Andrea Regis won U73 and in 2009 Edwige Gwend U63kg. Surprise: Di Guida is just 18 years and can prolong his title next year in Porec and win his fourth European medal in this category. This week he will be 19.