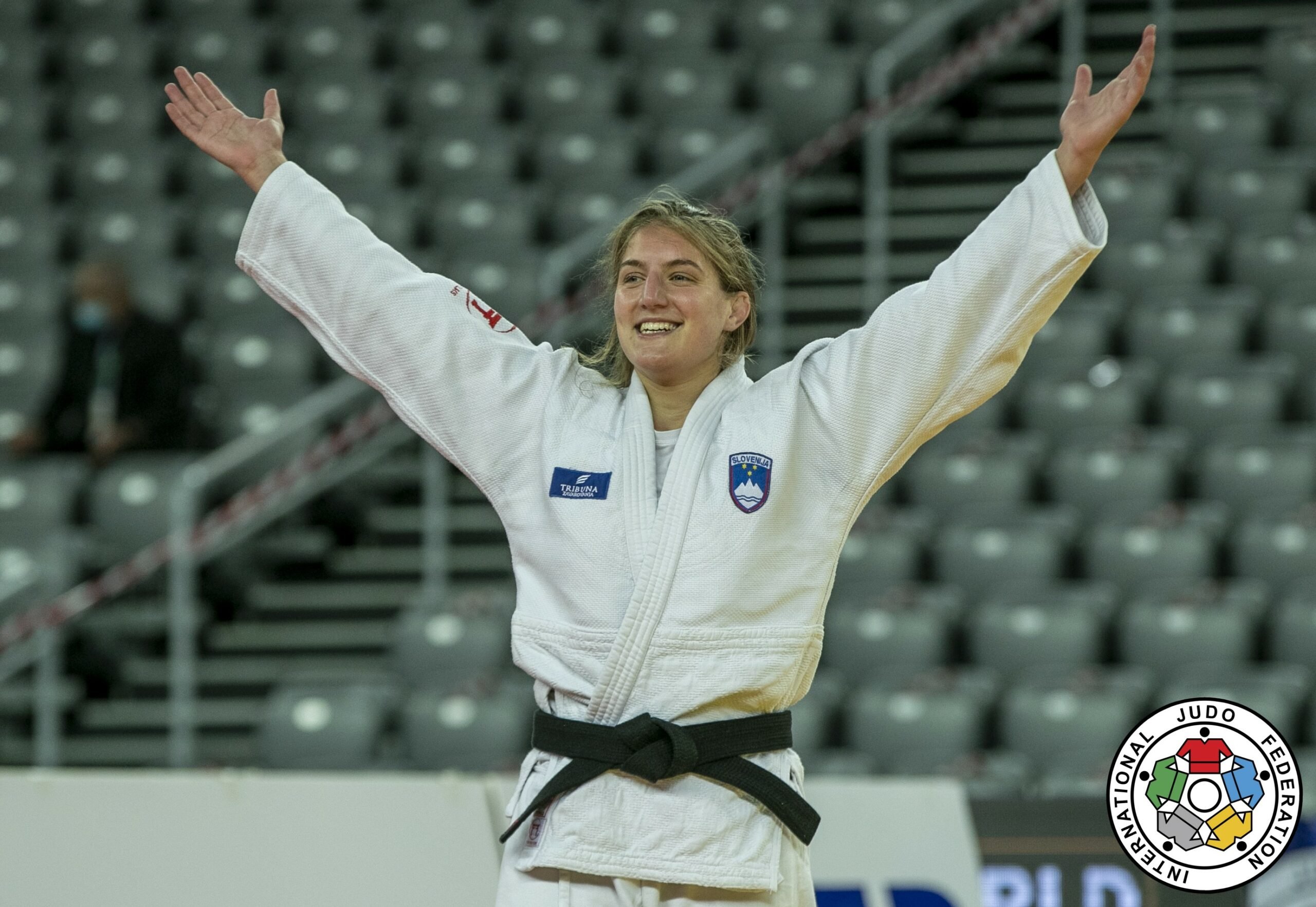 Andreja LESKI (SLO) at -63kg along with -70kg team mate Anka POGACNIK (SLO) struck gold on day two of the Zagreb Grand Prix. Both athletes lived up to their top-billing as number one seeds to put Slovenia second in the overall medal table behind France. Leski had a first round win against Annabelle WINZIG (GER) before coming up against Manon DEKETER (FRA). Two scores by Leski saw the Slovenian take her place in the semi-final where she faced Angelika SZYMANSKA (POL). The 21-year old Polish fighter provided tough opposition for Leski but, with 1:06 left on the clock, was thrown with a low right sided seoi toshi for ippon putting Leski into her third grand prix final. Leski’s opponent was Geke VAN DEN BERG (NED). In what proved to be the toughest contest of the day, Leski had to battle hard and long finally scoring waza ari with a well-executed yoko sutemi waza with only 15 seconds left on the clock to take the gold medal.

In the -70kg category Pogacnik had a bye in the first round before defeating Luana CARVALHO (BRA) by ippon with ushiro kesa gatame. In the quarter-final Pogacnik faced Alina LENGWEILER (SUI). Pogacnik’s prowess in ne waza was again to the fore as after one minute she was able to apply jujigatame for ippon. In the semi-final Pogacnik faced 19-year old newcomer Katarzyna SOBIERAJSKA (POL) making her first appearance in a grand prix. Pogacnik proved just that little bit too experienced for Sobierajska throwing the Polish youngster with maki komi for waza ari before securing kesagatame for waza ari awazete ippon. In the final Pogacnik was able once again to call on her experience, this being her 24th appearance in a grand prix, whilst her opponent, Kelly PETERSEN-POLLARD (GBR) was making her debut. After a promising start, Petersen-Pollard was frustrated with Pogacnik’s extreme left stance and eventually ended up attacking in tachi waza Pogacnik’s outstretched arm for which the British fighter received hansokumake, giving Pogacnik her second career grand prix gold medal.

In the -73kg there was a return to the weight category and a gold medal for Hidayat HEYDAROV (AZE) who defeated Victor STERPU (MDA). The bronze medals went to Mark HRISTOV (BUL) who defeated Alexandru RAICU (ROU) and Makhmadbek MAKHMADBEKOV (RUS) who defeated Ayub KHAZHALIEV (RUS). 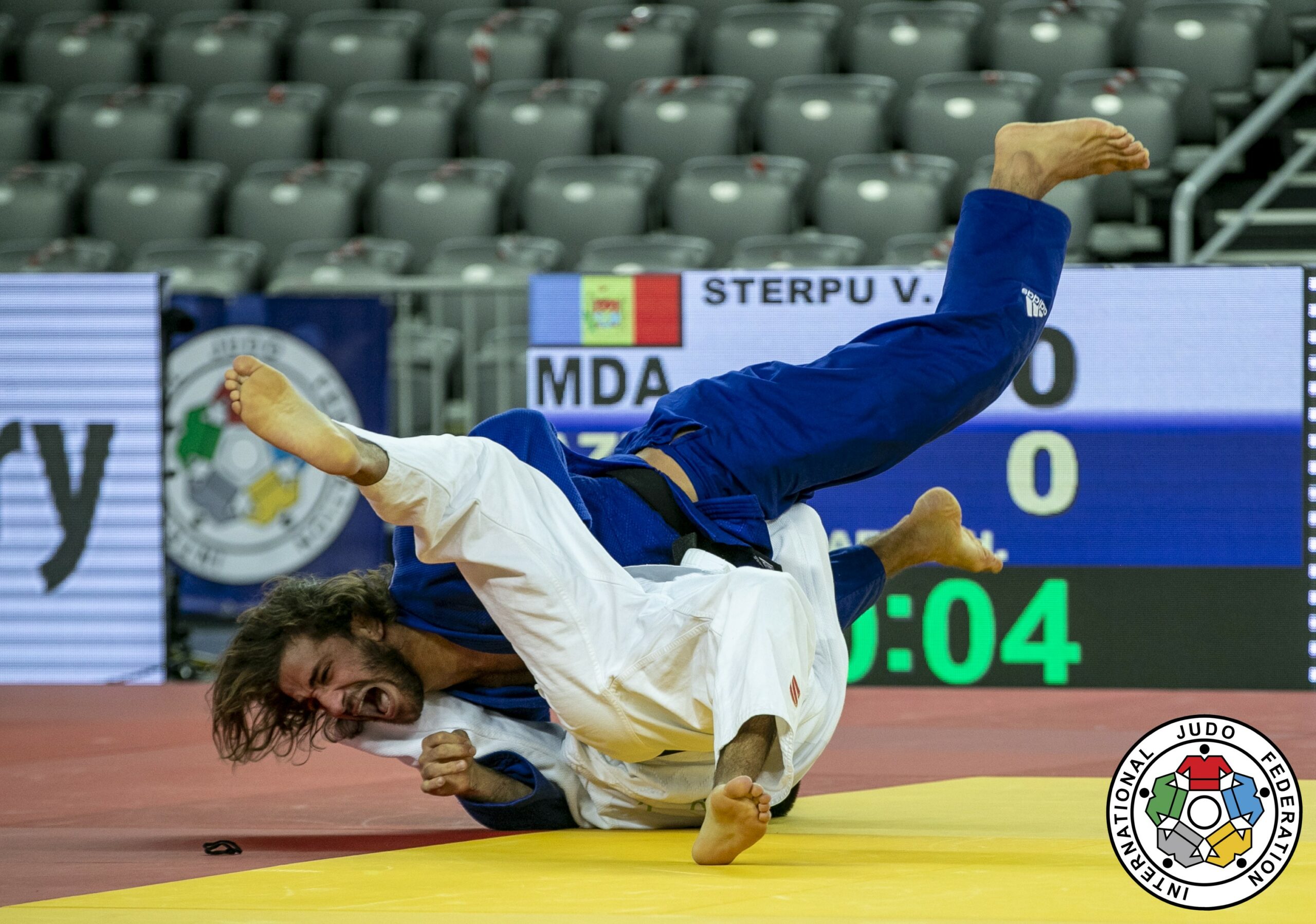 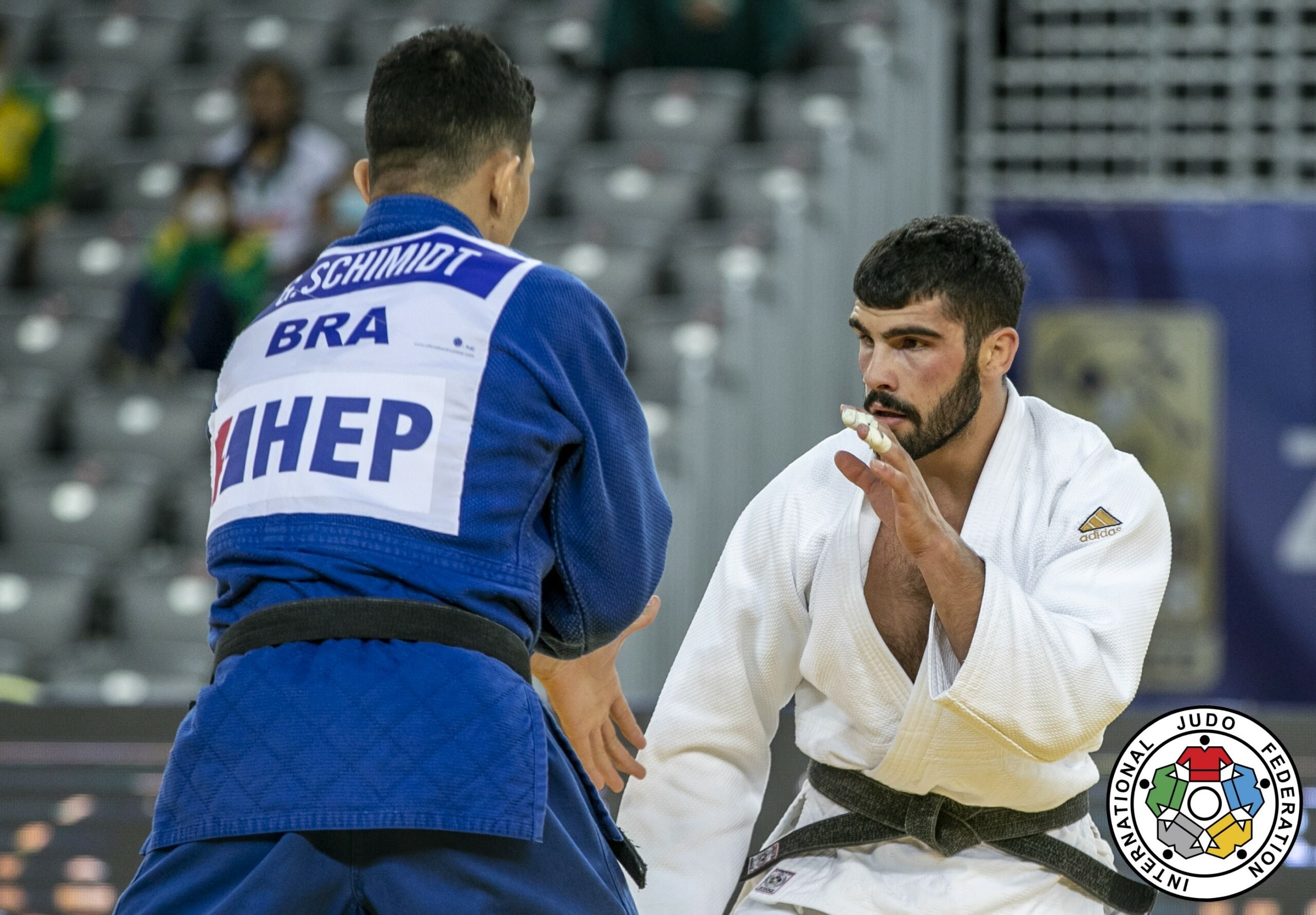