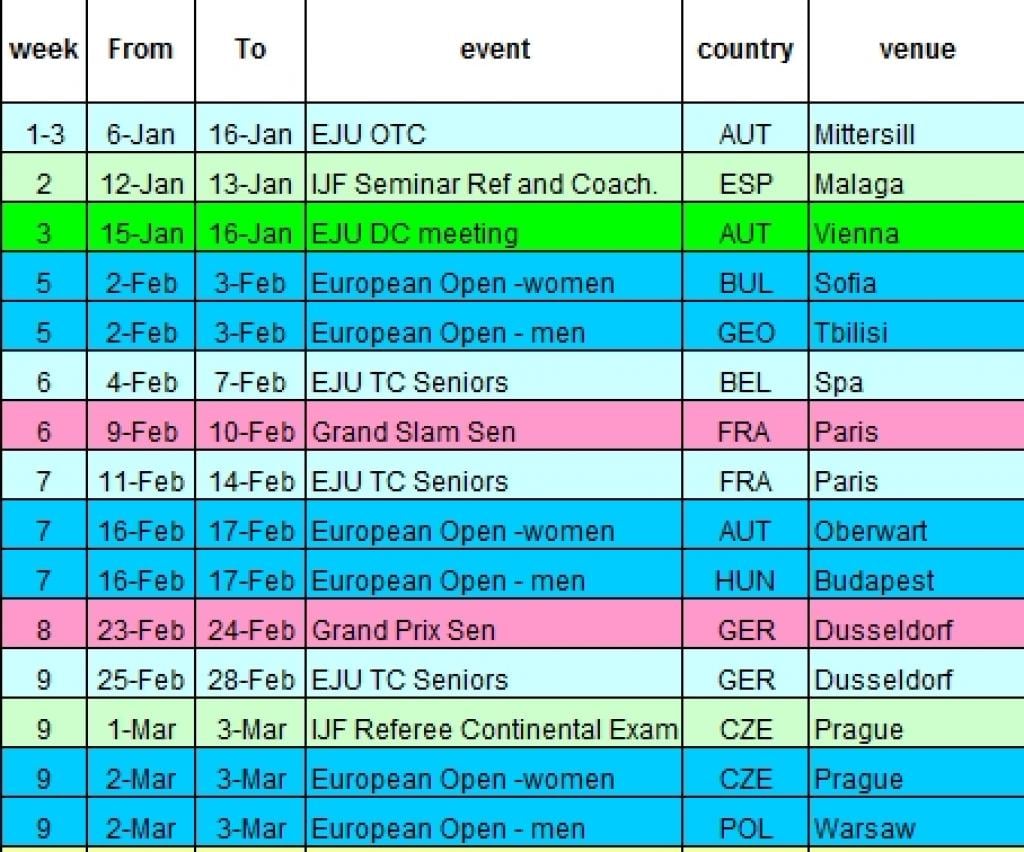 You can now download the latest updated calendar in our service links in our homepage. In the end of December some changes have taken place at the international judo calendar. In the EJU calendar the European Open of Minsk, the former named World Cup, will now be held for both men and women.

Since internationally was decided that a federation can only have one event in the world tour or continental open’s Istanbul cannot organize a European Open this year. Celje was about to take the place but the organisations of Celje and Minsk have agreed to organize the European Open once every two years for both genders, starting with Minsk.

This year the Slovenian Judo Federation will still organize the European Cup in June and the organization of the World Junior Championships in Ljubljana in October 2013.

In the World Tour the Grand Slam of Rio de Janeiro was cancelled.

The dates of the Grand Prix of Qingdao has been changed and will now be start at 31 October instead of end November. In that period 21-23 November the Grand Prix of Abu Dhabi will take place. Last year this was organized 11-13 October.

The first EJU event is scheduled at 6 January in Austria, the traditional opening of the season with the OTC “Going for Gold” in Mittersill.

We wish you a great and successful 2013!