DRAKSIC PUTS IN SOLID PERFORMANCE IN PREPARATION FOR RIO 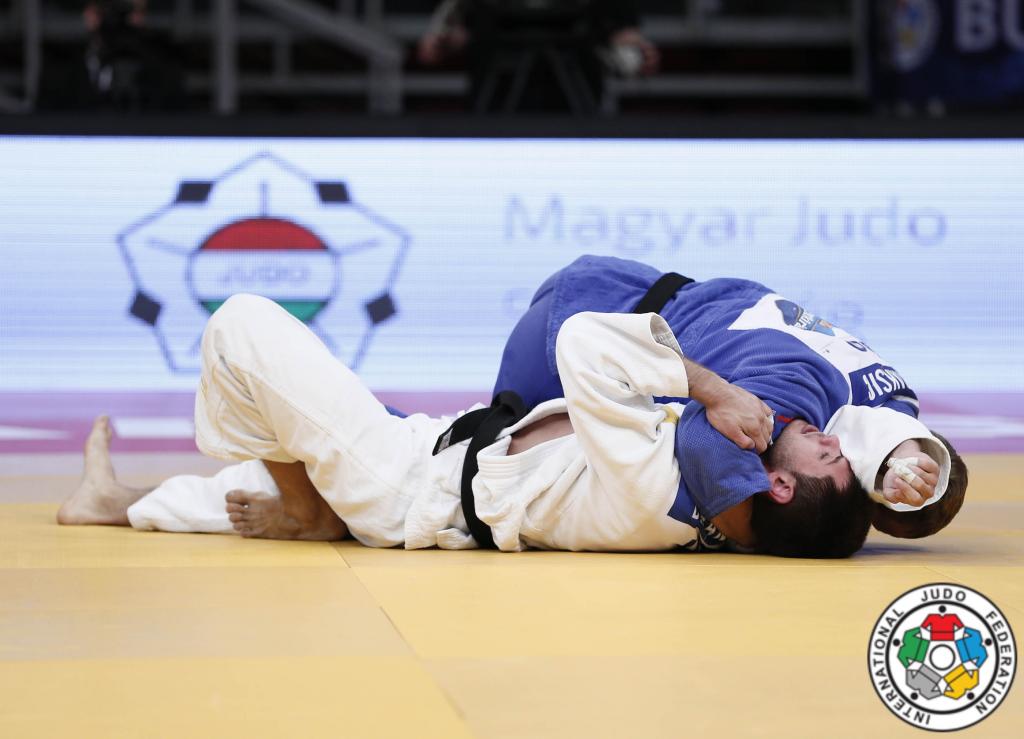 Rok DRAKSIC (SLO) showed depth and determination in taking the gold medal in the -73kg category on the opening day of the Budapest Grand Prix. All four of his fights were won by ippon and yet he was tested fully on each occasion.

Draksic was seeded number two here and had the benefit of a first round bye. His second round contest was against Benjamin AXUS (FRA) whom he threw after two minutes with left ippon seoi nage for waza ari then held with kami shio gatame for waza ari awazete ippon. In the quarter final Draksic faced Faye NJIE (GAM) who had begun his judo in Finland before obtaining Gambian nationality. Draksic stuck to what had worked in his opening contest and this time it was the turn of Njie to be thrown for waza ari with left ippon seoi nage that was followed up by kuzure kesa gatame for waza ari awazete ippon. In the semi final Draksic was given a real scare when having collected two shidos he trailed going into the last minute. But poor defense in ne waza by Georgia’s Giorgi KATIASHVILI allowed Draksic to execute a neat turn over from which the Georgian was unable to escape. In the final Dmytro KANIVETS (UKR) almost took Draksic the distance. But with no score in the contest and only 25 second remaining on the clock, Draksic was able to engage Kanivets in ne waza where the Slovenian again managed to execute his trademark turn over for ippon.

Asked whether he (Draksic) was concerned about not being seeded at the forthcoming Games, Draksic replied, “I am not really thinking about it. There will be less pressure and I know that, come what may, I have to be at my best.” There were times today when Draksic looked shy of his best form, something to which Draksic readily admitted. “I was pleased with my performance despite the fact that I have yet to reach my best shape. That will come in Rio,” said Draksic. Whatever happens in Rio, Draksic says he will be back in Budapest for next year’s world championships.