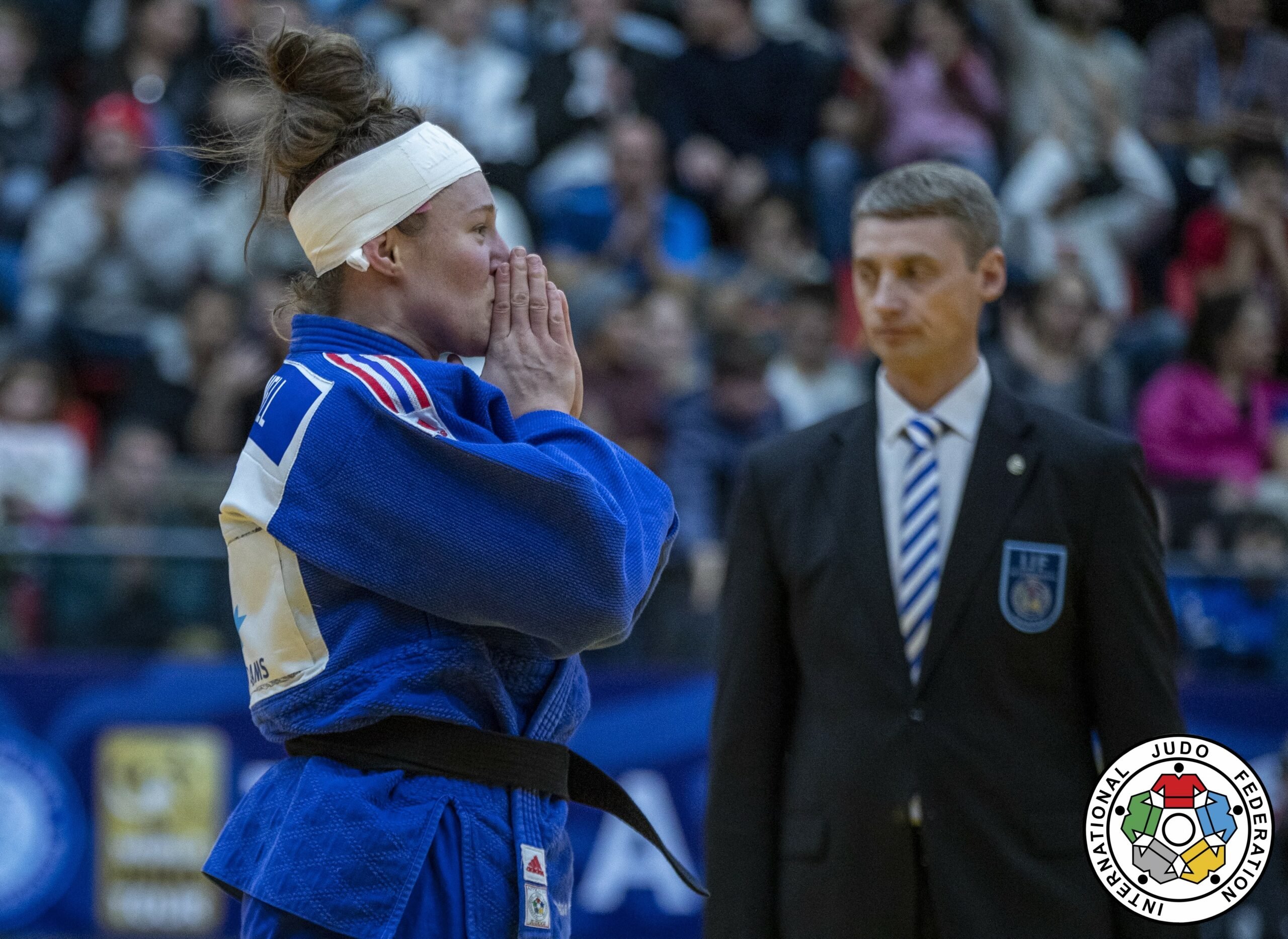 The next stage of the IJF World Tour gets underway with the Tashkent Grand Slam beginning Friday 5 March. A total of 497 athletes (296 men, 201 women) will be hoping to take a step closer to their dream of Olympic qualification. The pre-competition draw has, as ever, thrown up some fascinating match-ups that will unfold over the three days of competition and will no doubt have many of us glued to the live-stream, whatever the hour. Japan has chosen to send a mix of the best and the rest based, one assumes, on the need and desire to compete. Here is a brief look some of the names to watch out for and who from Europe is likely to feature.

Extremely unlucky to miss out on an Olympic place is NAGAYAMA Ryuju (JPN). The number one seed in the -60kg category still has plenty and, with an impressive 9 Grand Slam medals from 10 outings, looks set to add to that tally. Jorre VERSTRAETEN (BEL) and Luka MKHEIDZE (FRA) will have their hands full tackling a strong Asian contingent.  The same is true for Orkhan SAFAROV (AZE), Abdula ABDULZHALILOV (RUS) both of whom face an uphill task in the -66kg category where the top six seeds are all from Asia. Things are a little bit better in the -73kg category where Rustam ORUJOV (AZE) is seeded number one and Tommy MACIAS (SWE) is the number two seed. Now would be a good time for Fabio BASILE (ITA) to step up and collect some much needed points. Moreover, Basile will want to stand on the podium again having missed that experience in his last five outings.

In the -81kg category world number one Matthias CASSE (BEL) will be in good company when he is joined by 2018 world champion Saeid MOLLAEI (MGL) and 2015 world champion NAGASE Takanori (JPN), the latter being the only member of the Japanese men’s team in Tashkent to be selected for the forthcoming Olympics. Things are tight at the top of the -90kg category and Tashkent will make things even closer with TOTH Krisztian (HUN), Mammadali MEHDIYEV (AZE) and Eduard TRIPPEL (GER), all in the top 20, looking to secure places in the top eight for Tokyo.

If ever there was a competition at which picking up points was vital then this has to be it for athletes in the -100kg category. All of the top 10 are missing which provides Alexandre IDDIR (FRA) and CIRJENICS Miklos (HUN) solidify their places in the top 20. It is a similar picture in the +100kg category where, apart from the “big two” from Brazil, the field is pretty much open. Look out however for giant slayer KAGEURA Kokoro (JPN). Perhaps Ushangi KOKAURI (AZE) and Vladut SIMONESCU (ROU) can step up to the podium.

A formidable four Olympic picks for Japan will feature in the women’s weight categories making Tashkent a daunting prospect. Even where the Japanese entrant is not one of the “four” the task remains a tough one. TSUNODA Natsumi (JPN) is unseeded in the -48kg category but is likely to be as much as threat as number one seed MUNKHBAT Urantsetseg (MGL). The fascinating battle between Milica NIKOLIC (SRB) and Andrea STOJADINOV (SRB) continues this time with both athletes drawn in pool B.

There will be a huge amount of media attention in the -52kg category with the first chance in a year to see double world champion ABE Uta (JPN). The Japanese star will, among others, be lined up against Gefen PRIMO (ISR) Gili COHEN (ISR), and Evelyn TSCHOPP (SUI). Fresh from her success in the -57kg category at the Tel Aviv Grand Slam last month will be Timna NELSON LEVY (ISR). The 26-year old Israeli will be hard pressed to take back-to-back Grand Slam gold medals especially with the likes of number one seed TAMAOKI Momo (JPN) against whom she has a 0-3 record, Theresa STOLL (GER) 1-4, and LIEN Chen Ling (TPE) 2-1.

Quite surprisingly the number one seed in the -63kg category, TASHIRO Miku (JPN), has never faced number two seed Andreja LESKI (SLO) but it could happen here. It is difficult to see who can upset this pairing. Former world champion ARAI Chizuru (JPN) should be in her comfort zone as the only athlete from the top ten in the -70kg category. The draw has produced a rather unfortunate first round contest between Barbara MATIC (CRO) and the unseeded Alice BELLANDI (ITA); someone will have to go.

In the -78kg category Natalie POWELL (GBR) is seeded number one whilst 2015 world champion UMEKI Mami (JPN) is seeded number two. Powell has the most unenviable of records (0-9) against Umeki but, given that they could only meet in a medal contest, will be hoping that she once again comes face to face with her nemeses.

The Japanese selection in the +78kg category for Tokyo is SONE Akira (JPN). The 20-year old has a 100% international record of reaching the podium. Along the way Sone has collected world titles as a cadet, junior and senior level. It is fair to say that Milica ZABIC (SRB) is not quite in the same league. The luck of the draw has placed the Serbian in the same pool as Sone. Zabic would have to win two contests to bring about a quarter-final match-up. It is a match-up that could prove most interesting.