Dreamweekend for the Netherlands at European Cup Tallinn 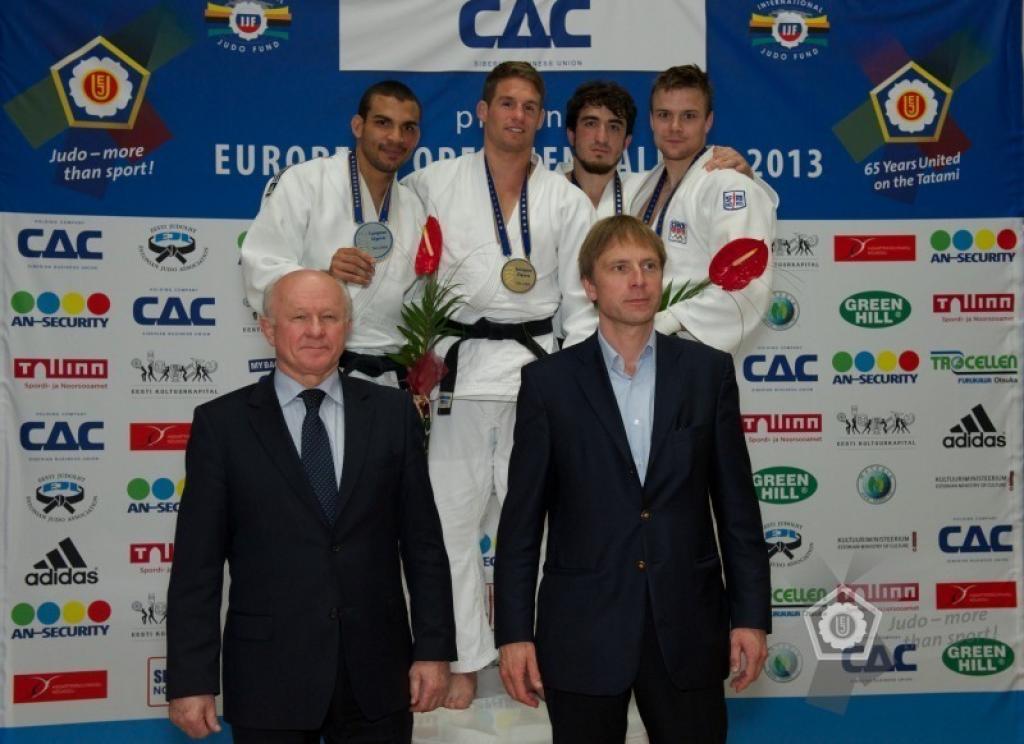 Also in the men’s European Open in Tallinn the team of the Netherlands has won the medal overview. After Saturday’s success also on Sunday there was an additional bonus gold medal. Four judoka of different nations though showed they were the strongest in Tallinn on Sunday.

Holland’s success continued when Neal van de Kamer was able to overcome all of his four opponents. In the final Carlos Luz was the last victim in the category U81kg. It was the first international success for the Dutchman at this level. The triple Dutch champion also defeated other strong middleclass judoka such as Jesenko Cetic (SLO) and Jaromir Musil (CZE). Luz defeated Arsen Pshmakov (RUS) in the semi final, for the Portuguese it’s the fifth World Cup medal in short time and he seemed to develop as Portugal’s medal hope in the crisis. Pshmakov and Musil won the bronze medal in Tallinn

In the division U90kg it was Switzerland to celebrate the first World Cup medal since 2011. Ciril Grossklaus was responsible for this small miracle when he claimed his moment of fame after winning the final against Aigars Milenbergs (LAT) In the quarterfinal the Swiss judoka also defeated favourite Karolis Bauza (LTU) and strong Dutchman Noel van ‘t End in the semi. Milenbergs put aways Alon Sasson bouldn’t couldn’t push it to a golden success. Bauza and Van ‘t End ended up with a bronze medal in a relatively strong field.

Marius Paskevicius was the expected winner in the plus category. The tall Lithuanian was stronger than Maciej Sarnacki of Poland in the final. In the semi final he defeated the winner of the European Cup in London, Roy Meyer. Sarnacki defeated Russian Andrey Volkov in the semi final. Dutchman Roy Meyer completed the success for his nation adding up to the five medals in total with a bronze colour this time. He beat home favourite Martin Padar for bronze. Aliaksandr Vakhaviak (BLR) defeated Andrey Volkov for bronze.

Enjoy the pictures of the European Open here