Dumitru ready for another challenge at the age of 30 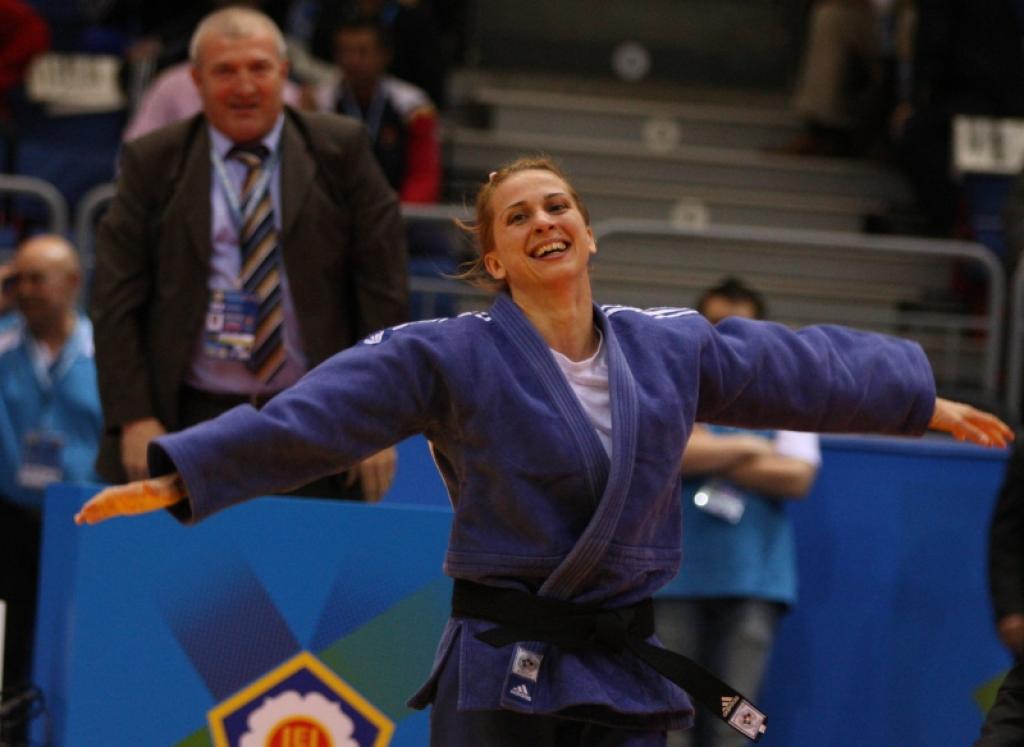 Alina Dumitru is ready for another challenge: her priority to start a family life. After the Olympics where she collected another Olympic medal she said that these were her last Olympics.

Today Dumitru turned 30. She can look back after a successful year again. In 2008 She won the Olympic title, doing the impossible and defeated Ryoko Tani (JPN) and in the final Yanet Bermoy (CUB). In 2004 in Athens she was close to a bronze medal when she lost in the semi final against Tani and los the bronze fight. This year in London she lost her last fight too, but it was a guaranteed medal and a silver medal with golden edge. Dumitru is still the European Champion.

This year in Chelyabinsk she collected her eighth European title, equaling the record of Edith Hrovath (AUT). Although she suffered a number of injuries she recovered from her 7th place at the 2011 World Championships. She picked up bronze medals at the Grand Prix in Amsterdam and won bronze at the Grand Slam of Paris. After her gold medal in Chelyabinsk she has an amazing record of 10 European medals, three World Championships bronze medals and two Olympic medals. This year the same European trio that reached the podium in Chelyabinsk was on stage in London.

Her 30th birthday is one reason of many reasons to congratulate her today in our facebook.
http://www.facebook.com/pages/European-Judo-Union/256475946911