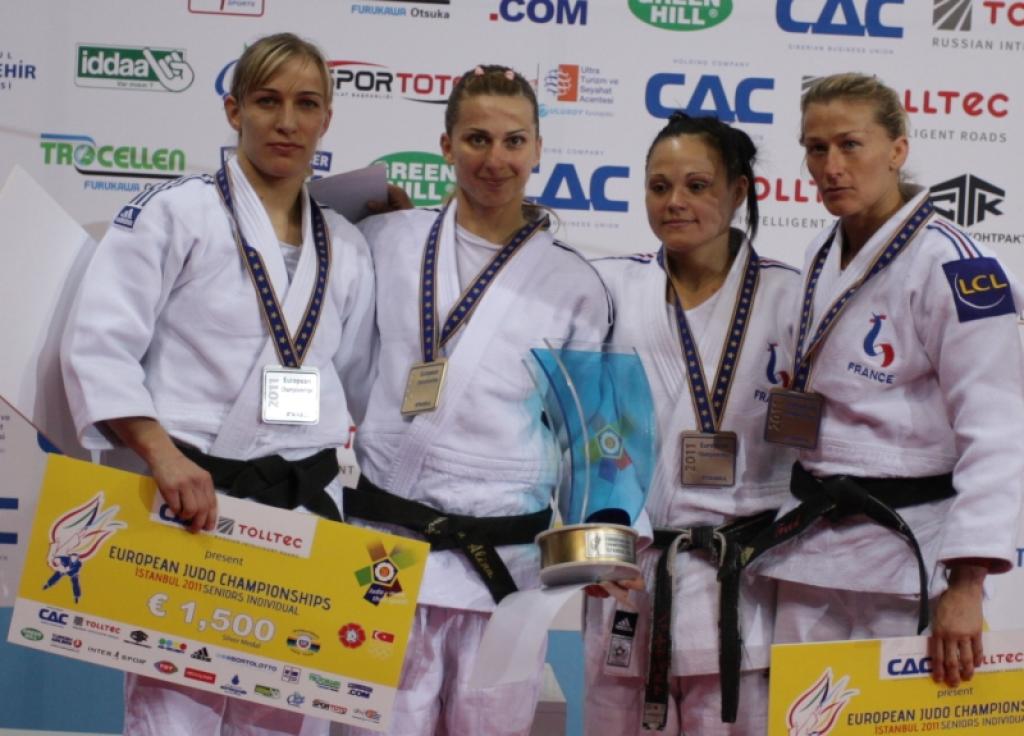 Two top fighters in the final U48kg and a repetition of last year’s final in Vienna. At the first day of the European Championships Alina Dumitru (ROU) and Eva Csernoviczky fought a tactical match, won by Alina Dumitru. Dumitru (ROU) fought her 7th final and won all editions. She settled among the great championships of all time with seven wins in this category.
Since 2004 she dominates this category. Only in 2009 Frederique Jossinet (FRA) was the winner who took bronze this year and her ninth medal. Eva Csernoviczky couldn’t get grip on Dumitru who led halfway the match by a penalty for Csernoviczky.

Dumitru set her record at 10-2 against the unfortunate Hungarian. The previous fight was a victory for the Hungarian at the Grand Slam of Paris. But seven won finals is impressive for Dumitru. Seven fingers up!