Dutch and Slovenians win most titles in Celje 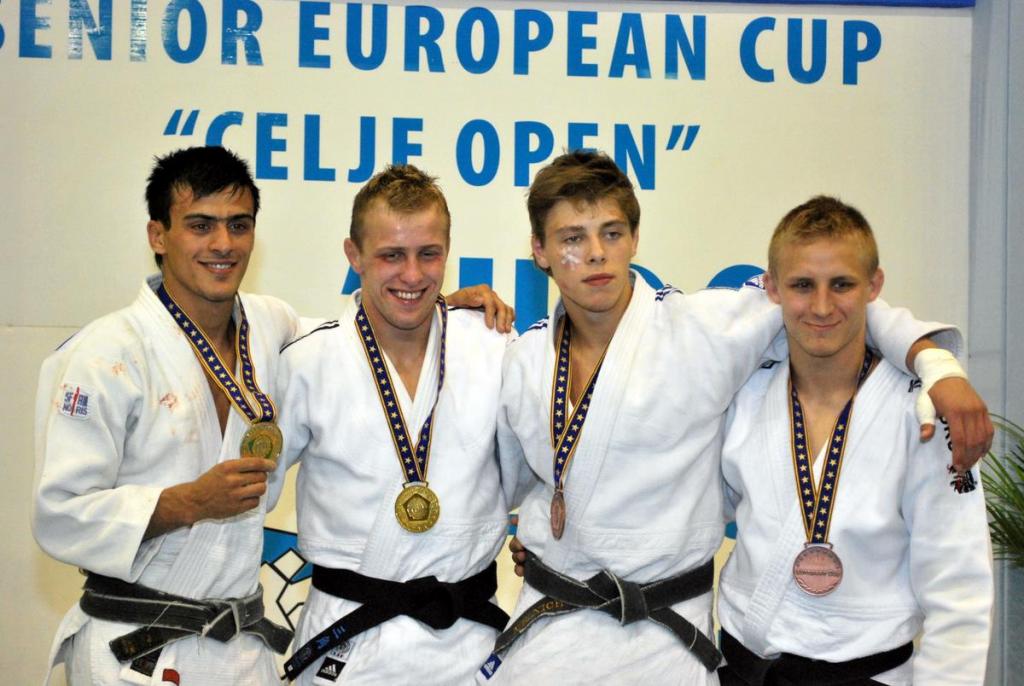 The Netherlands and Slovenia became the winners of the European Cup in Celje. The Slovenian gold medals were expected with gold for Rok Draksic U66kg. He won his fourth title in Celje since 2006. Draksic apparently doesn’t have too much problems with world champion Georgii Zantaraia (UKR). Draksic had beaten him three times earlier in his career and added a fourth victory in today’s final.

Petra Nareks (SLO) won her second gold medal in Celje, she won six medals in total, but won the tournament previously in 2005. She won the gold today in a competitive category in the final against Kathrin Frey (SUI)
The Dutch team added another two titles as well making a total of four. Danny Meeuwsen who had won the European Cup in London this year, also took the title U100kg in Celje. Today he defeated Vyacheslav Mikhailin (RUS) in the final.
One month after her World Cup victory in Cairo Linda Bolder (NED) took the European Cup today. In the category U70kg Bolder defeated British junior champion Scarlett Woodcock in the final.

The Brits won two medals U81kg, but not the gold. The title was for Romanian Marian Halas who didn’t have to fight the final against Adam Bick (GBR). Tom Davis (GBR) shared the bronze with Benji Nortan (NED).

The Netherlands now won ten titles in Celje since 2010, four new ones against two last year. Luuk Verbij (NED) and Urska Zolnir (SLO) were the only ones to defend their titles successfully. Slovenia won 19 titles in total, four this year, five last year.