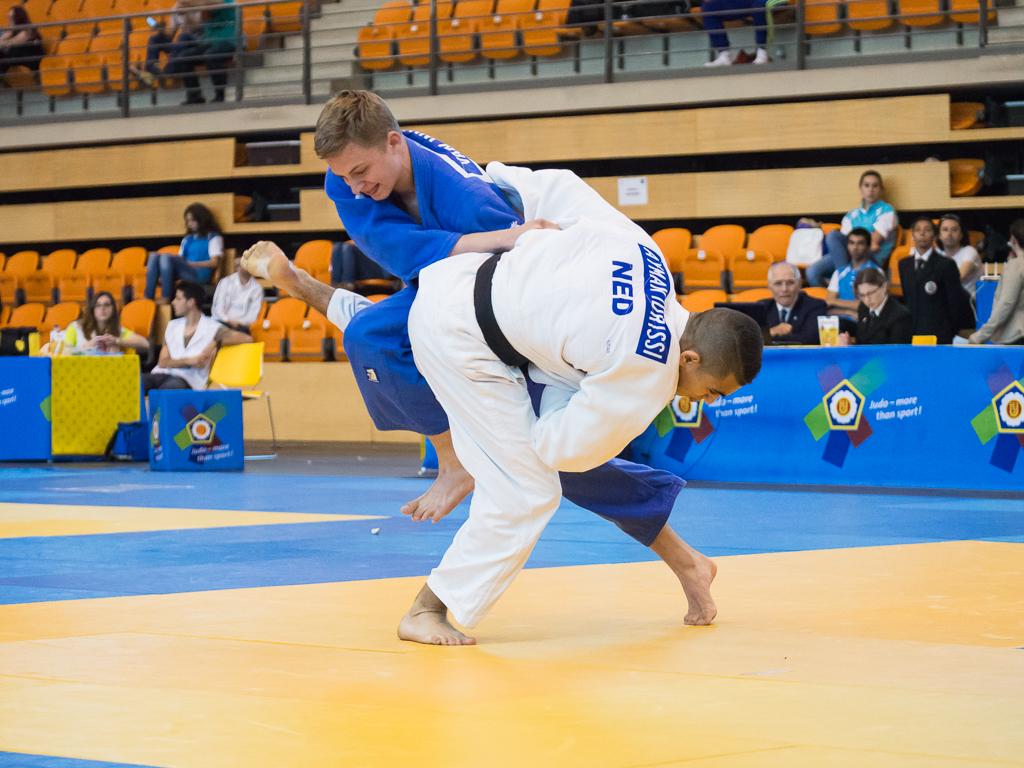 The second day of the Cadet European Judo Cup was a demonstration of the strength of the Dutch team. The “Oranje” claimed today 13 medals, including six gold, two silver and five bronze. “It was a very nice tournament indeed and a good preparation for the European Championships and for the European Youth Olympic Festival (EYOF). The organisation was great as well”, said head coach Akkie Muilwijk.

The Portuguese left the sports hall quite satisfied as well, with three bronze medals collected by Miguel Alves (-73kg), Leonardo Azevedo (-81kg) and Leon Glied (+90kg). “I believe this tournament was very important for the Portuguese Judo Federation too. Having so many athletes and countries participating it was an amazing opportunity for our team to gain experience at international level”, explained Manuel Costa e Oliveira, President of the Portuguese Judo Federation. “We received very good feedbacks and we are already thinking of next year´s edition”, added Costa e Oliveira.